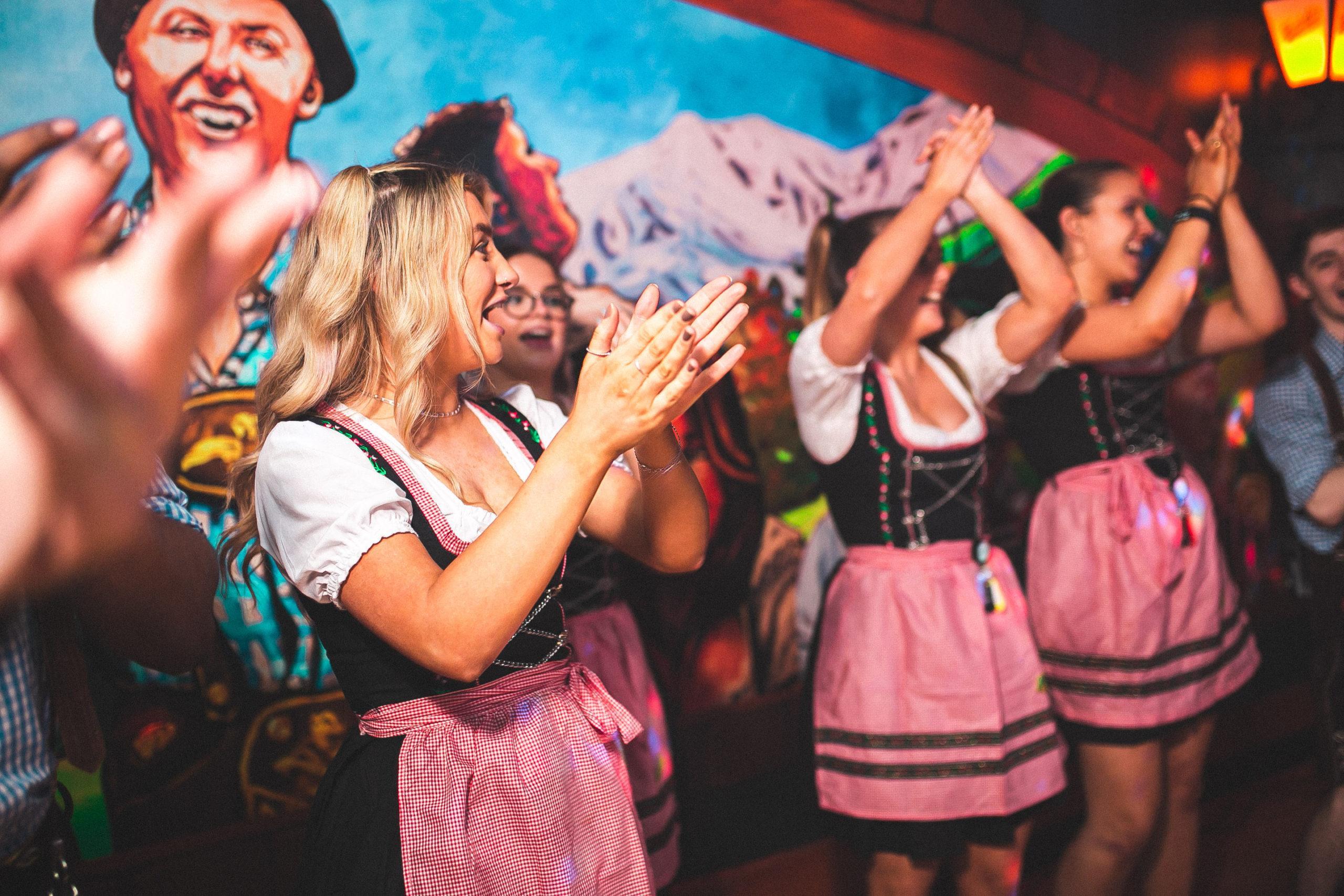 Westside is getting ready to host England’s first Heidi’s Bier Bar on Birmingham’s ‘golden mile’ from 27 May, creating 50 new jobs.

The après ski-themed venue on Broad Street will be the biggest Heidi’s to date, and it will also be the first to serve food.

Leisure operator REKOM – which also operates PRYZM Birmingham – is investing £1.5 million to transform what was the former Bierkeller site into the 1,100-capacity Heidi’s bar.

The themed venue, which originated in Scandinavia, will see visitors step into what feels like an Alpine cottage, to be greeted by a team of traditionally dressed bar staff.

And as the party atmosphere gets going, some guests will even be able to join the bar staff – known as Heidis and Antons – dancing on the tables.

Dennis Kastbjerg, head of marketing and partner at Heidi’s Bier Bars, said: “Birmingham was recently listed as England’s most vibrant city and you can see why – it is buzzing night and day and we can’t wait to bring Heidi’s to the city.

“In a Heidi’s, the spirits are always high, the party is wild, and everywhere you look, you see happy people. You can’t help but have a good time!”

The first Heidi’s Bier Bar opened in Copenhagen in 2004 and since then a further 20 have launched across Denmark, Finland and Norway. In March this year, the first UK site was opened in Cardiff and more Heidi’s are set to follow.

Mr Kastbjerg added: “Heidi’s is just down to earth fun, whether throwing a party for a special occasion or simply catching up with friends for a drink. It’s good for the soul and will bring a whole new vibe to the city when we open.”

REKOM operates over 200 bars, pubs and clubs across Scandinavia, and first moved into the UK in December 2020 following the acquisition of The Deltic Group. REKOM UK operates 47 clubs and late night bars in England, Scotland and Wales, including PRYZM Birmingham.

Mike Olley, general manager of Westside BID, said: “We are looking forward to welcoming the new Heidi’s Bier Bar on Broad Street and are sure it will go down a storm with people who love the vibe of Birmingham’s ‘golden mile’.

“The fact that new venues are opening and investing in the area as yet another sign that things are returning to normal.”