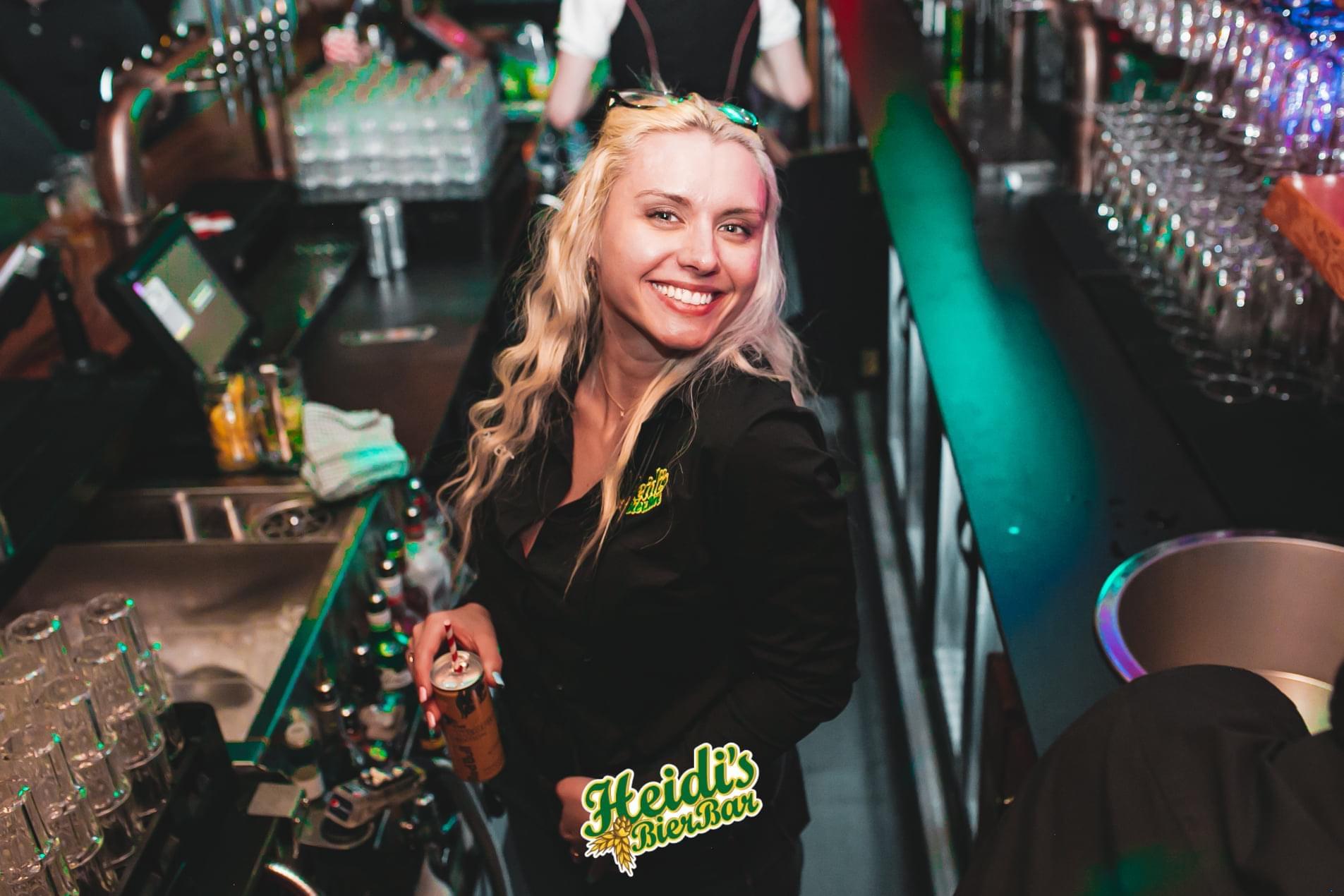 Bar manager Karina Sparks is back in Birmingham and “100 per cent excited” at the prospect of reacquainting herself with Broad Street’s ‘golden mile’.

Karina is to manage the new Heidi’s Bier Bar which is due to open on Broad Street towards the end of this month, as Westside BID reported here last week.

It is a welcome return to Westside for Karina less than a year after leaving Birmingham to become deputy manager of the PRYZM Kingston night-club in Kingston-upon-Thames, London.

Both Heidi’s and the PRYZM chain are run by leisure operator REKOM.

Karina, aged 28, who previously managed the Coyote Ugly Saloon bar in Broad Street for nearly two years, said: “I am extremely excited to be back in Birmingham, especially on Broad Street, 100 per cent excited!

“Obviously I know the area from Coyote Ugly, but it’s still strange to be back. It’s about getting used to the city again after 11 months away.

“Although I was at Coyote Ugly for just under two years, I only worked on Broad Street for about four months once lockdown ended, so you could say it’s unfinished business.”

Karina, who previously worked in Swansea and Cardiff before her initial move to Birmingham, joined REKOM in June last year at PRYZM Kingston.

“After about three months I moved to PRYZM Watford and then, within 10 months of working for REKOM, I was approached about working at Heidi’s, which is a brand they have brought over from Scandinavia.

“Cardiff was the first Heidi’s in the UK and Birmingham is the second, and also the biggest in Europe.”

REKOM is investing £1.5 million to transform the former Bierkeller site on Broad Street into the 1,100-capacity après ski-themed Heidi’s Bier Bar, which has its grand opening on 27 May.

Karina added: “It’s all about creating a party atmosphere, just as if people come to your home and you look after them as party guests.

“It’s going to be open seven days a week and we are planning to have live music, dancing on the tables, metre-long pizzas and bingo, just a party all round.”

Heidi’s is creating more than 50 new jobs at the Broad Street venue, ranging from management positions and supervisors to bar and kitchen staff, and hosts.

“We had about 1,700 applications from all over the Birmingham area.” Karina said.

“Most have been hired already because we have been recruiting people over the last four to five weeks.

“They are absolutely fantastic and have just started their staff training, learning the job but also learning about what Heidi’s is.”

Mike Olley, general manager of Westside BID, said: “It’s lovely to have Karina back on Westside again, and I’m sure Heidi’s will be a real success with her at the helm.”