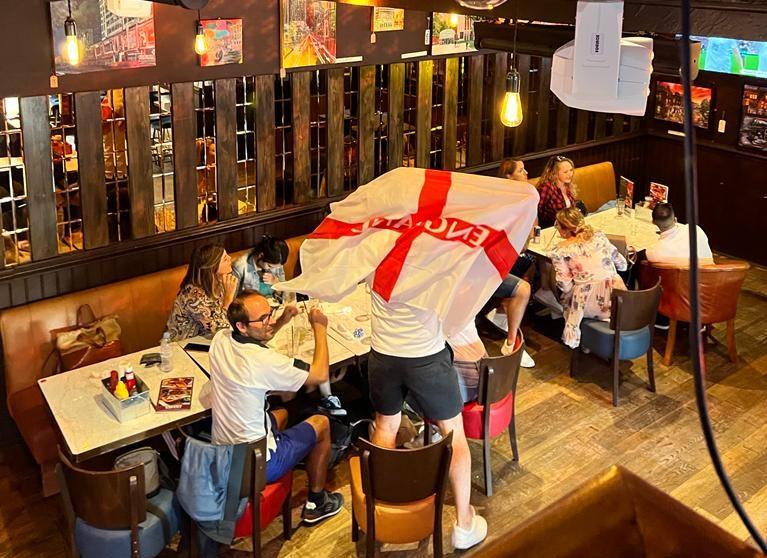 Striker Chloe Kelly ripped her shirt off after toe-poking the winning goal just minutes before the end of extra time in the tense match at Wembley.

And everyone watching – be they man, woman or child – jumped in the air and screamed with delight when the final whistle blew.

Dani Hadley, co-owner of Velvet Music Rooms, just one of the Westside bars showing the match on multiple screens, said: “What a goal, what a performance and what a treat for our customers watching the nation’s victory!

“This was a top way to round off a weekend of sporting heaven here on Westside, what with the Commonwealth Games, the arrival of the giant bull and now what is arguably England’s biggest victory since the World Cup in 1966. We are very proud of the whole team.”

Mike Olley, general manager at Westside BID, said: “Congratulations to our heroes! This is what the entertainment sector on Westside is all about, providing the best places to enjoy the top moments that can turn the most normal of Sunday evenings into a time of ecstasy!”