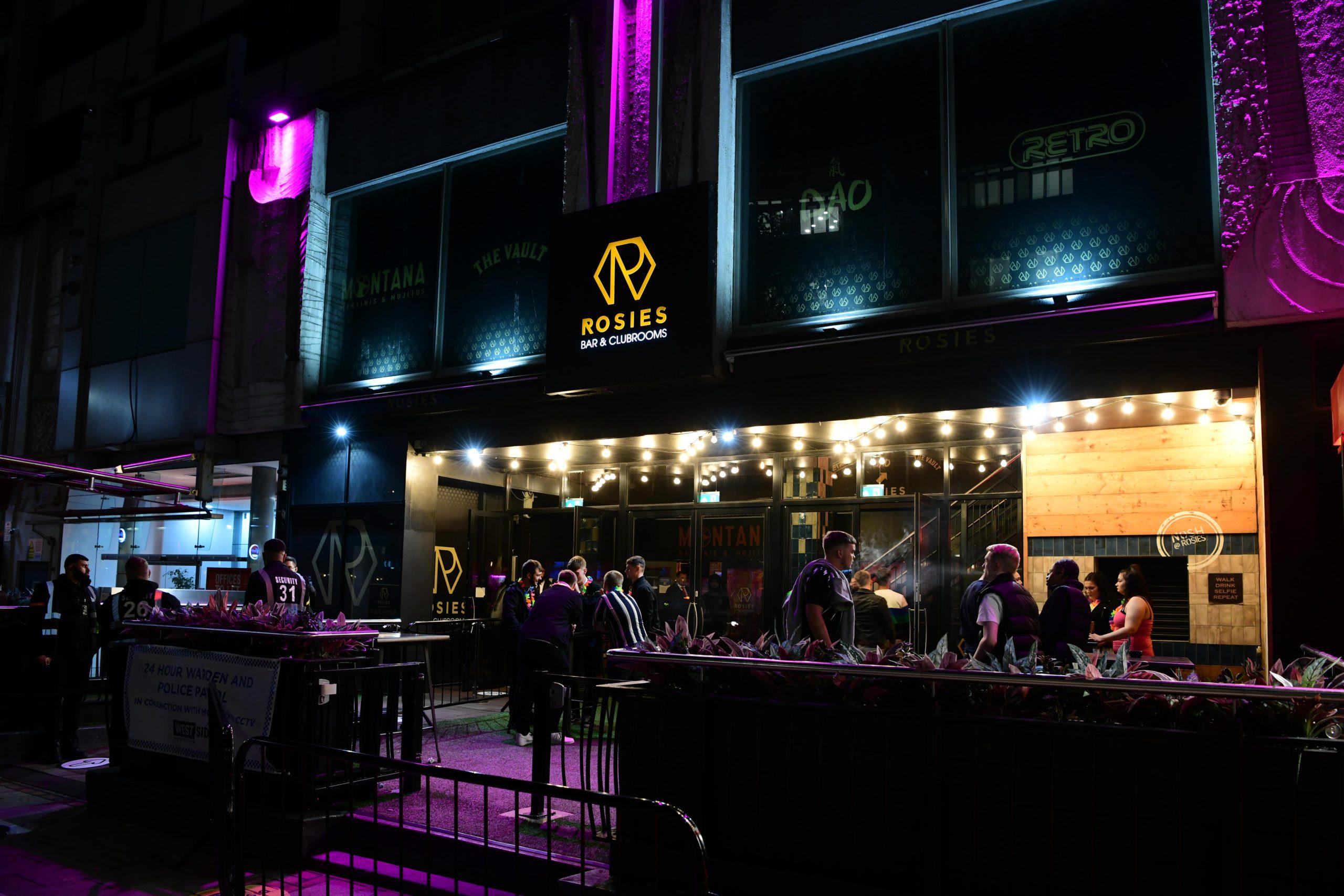 Bosses at two nightclubs on Birmingham’s golden mile are celebrating a successful first weekend back in business following the COVID-19 shutdown.

Popworld and Rosies, which are both based in Broad Street, opened their doors for the first time in almost five months on Friday 11 September, with new safety measures in place to keep customers and staff safe and healthy.

Matthew Symes, general manager of Popworld, said: “Our first weekend went really well and we got a great response from our customers, who are absolutely delighted to see us open again.

“It was odd at first to see all the tables and chairs on the dancefloor but people understood that they had to remain safe and seated and resisted the urge to get up and dance.

“We’ve worked hard to ensure that we don’t take the fun out of everything while still ensuring that people behave responsibly. We had our normal playlist on, so we had that nice party vibe back – but the message was very much ‘Dance on your seat but not on your feet!'”

Rosies general manager Robbie Mills added: “It was an awesome feeling to see people come flocking back and we reached our capacity on both nights. At some points over the last few months we all worried whether we would ever see our doors open to the public again, so it is lovely to see everyone returning – albeit for a very different nightclub experience.”

Safety measures introduced at the clubs include new opening times and thorough track-and-trace procedures and temperature checks on entry, reduced capacity with extra safely spaced tables on the dancefloors, full table service to avoid waiting at the bar and one-way systems throughout.

Music has been reduced to a conversational volume so nobody has to shout, and plenty of sanitising stations have been installed.

Robbie said: “People know what’s expected of them now, so it was nice to see them enjoying themselves safely and the feedback we got from everyone was great. They know they are coming in to sit down and there’s no dancing around or screaming and shouting.

“If anyone goes out to smoke we make sure they go through the sanitisation procedure when they come back in so we can treat the club as one big safety bubble as much as possible as well as keeping groups in safety bubbles at their individual tables.”

Both managers urged clubbers to pre-book their places as many venues in the area currently had reduced capacity and some were running pre-book only policies for entry.

Matthew added: “We’re glad to be open again and we are hoping that as many venues as possible will follow suit in the next few weeks so that Broad Street can rebuild its fantastic atmosphere. The more venues open up, the bigger the draw of Broad Street will be, which is good news for everybody.”

“Both of these venues play such an important part in adding to the night-time spirit of Broad Street, so it is an absolute joy to see them opening their doors to the public again,” he said.

“Staff at the clubs have worked really hard to ensure that the right safety measures are in place for everyone and it’s good to hear that clubgoers are behaving responsibly and enjoying great nights out in Westside once more.”