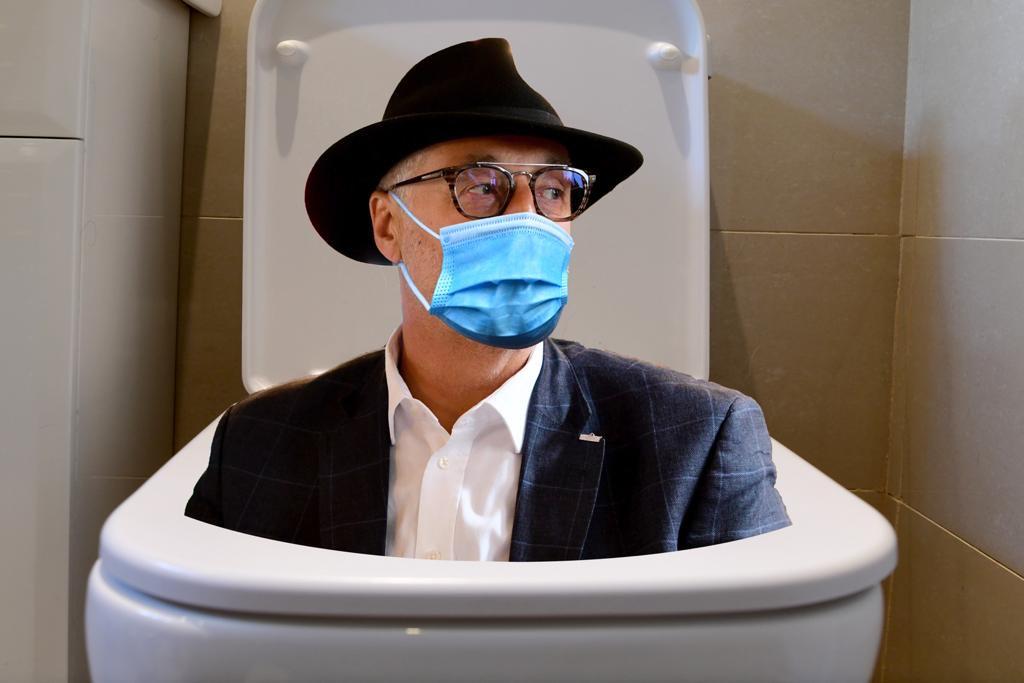 As the rule about wearing face masks in shops comes into force this week, Westside BID general manager Mike Olley remains sceptical over whether anyone really knows how to control germs.

When I think about how efficient face masks may or may not be, the flushing of toilets gushes to my mind. Bear with me while I explain!

When you flush a toilet, not all the contents are forced down and away through the waste pipe. Instead, the water crashing into the bowl atomises parts of what’s there, and some of this atomised waste mix sprays upwards and out.

Indeed, it has often been suggested to me that one should always put the seat cover down before flushing. But presumably, if this advice is taken, the ring of daylight seen in the gap between the toilet seat and cover simply acts as an actuator like the nozzle on an aerosol. This results in a resurgence of the atomized mixed contents, spurting them even further out and around the immediate area. I simply shudder at the thought.

Therefore, is placing a mask over your face any different? Doesn’t much of your breath inevitably sneak out around the often-ill-fitting sides or simply through the fabric over your mouth and nose? I must admit I don’t know the detailed science behind this. Indeed, the more that COVID-19 continues, the less I seem to know about most things. And I am not alone.

On the 23 March this year we were told we had to stay in for three weeks to save the NHS. Eighteen weeks later, the NHS remains saved, the ‘Nightingale Hospitals’ turned out to be a waste of money (a good waste of money, maybe) and we are still in a partial lockdown. Now we learn we’re going to have to wear facemasks in shops. Is this also to save the NHS? I’m not sure.

But why do we have to wear face masks? A recent government publication stated that “evidence suggests that wearing a face covering does not protect you…”. OK I get that. Indeed, Dr Harris, the government’s deputy chief medical officer on 12 March, in effect said that masks were not a good idea. Then health secretary Matt Hancock told us the scientific case was weak on the benefits of wearing masks. Contrast that with the announcement last month that we all had to wear masks on public transport!

However, transport secretary Grant Shapps MP then informed us all that we would not need to wear masks in shops. That was on 5 June. Michael Gove, another of Johnson’s senior people, on 12 June told us masks would not be compulsory in shops. But then Johnson himself then tells us the very next day, on 13 June, that we WILL have to wear masks when shopping! However, we won’t have to wear them when shopping until the 24 July…

Following that announcement, you may recall Liz Truss MP, Johnson’s international trade secretary, leaving a sandwich shop looking resplendent with her mask on. Eight minutes later Michael Gove leaves the same shop with no mask on.

Confused? You bet! The politicians can’t make their minds up and the science seems difficult, at best. Could it be they are making it up as they go along? Surely you would not run a nation like Great Britain in such a manner?

All I do know is that gentlemen should definitely raise the seat before standing at the toilet, and should lower them once they are finished. Why can’t COVID-19 guidance be as simple as that?