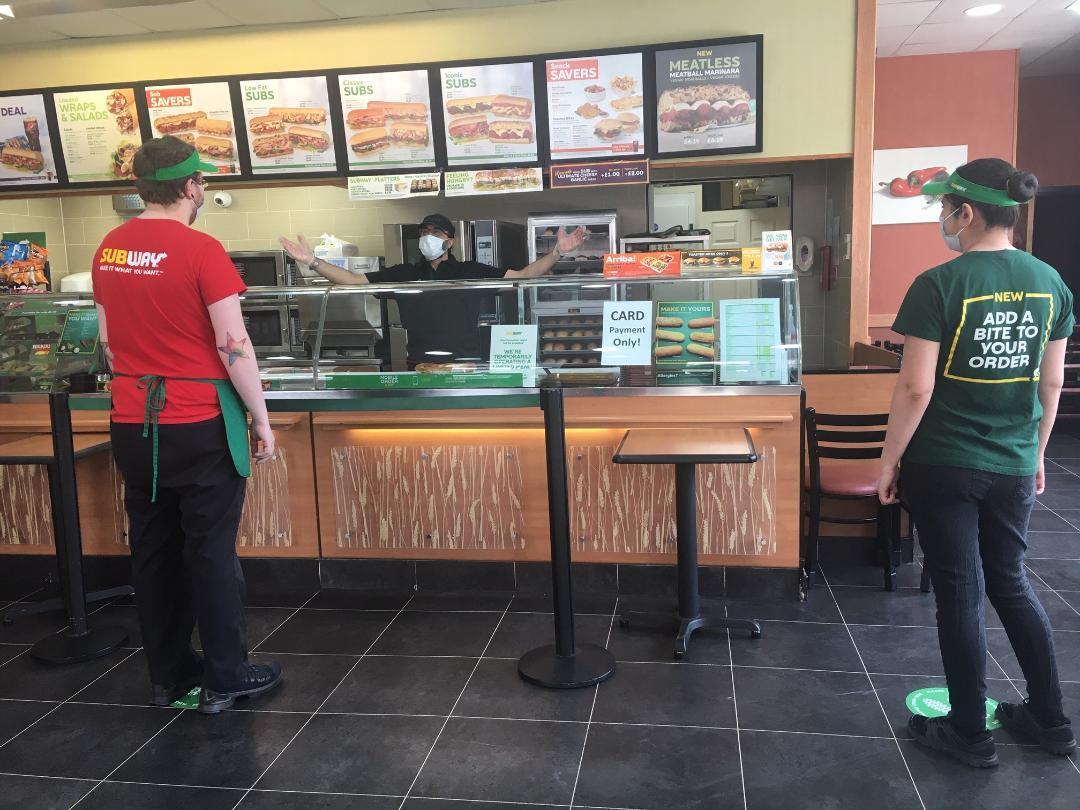 Westside-based Subway franchise owner Mehdi Bahramchoobin could have been forgiven for taking it easy after the coronavirus outbreak forced him to close his premises.

But Mehdi was having none of it, and instead set about helping the most vulnerable in his community by volunteering to run vital errands for those unable to leave their home.

And now Mehdi has been made a #WestsideHero after clocking up more than 1,000 volunteering hours since he signed up as an NHS volunteer at the beginning of March.

Mehdi, who came to the UK from Iran 11 years ago, was nominated as a #WestsideHero by Broadway Plaza, where he has run the Subway franchise for the last six years.

The 45-year-old, who is married with a son, aged 16, said: “I have always liked to do volunteering work from the time when I came to the UK.

“I had nothing to do because of lockdown, so I thought it was a good time to help vulnerable people by becoming an NHS volunteer.”

Mehdi, who became a Subway franchisee after studying for an MBA at the University of Birmingham, added: “I am always on call, from morning to night, for anyone who needs help.

“I do about 10 to 15 hours of volunteering a week, mainly collecting and delivering people’s prescriptions and buying food to take to people who can’t go out.

“I have now completed more than a thousand hours, which I am very pleased about. I am very happy to volunteer and I love that people nominated me for this Westside award.”

Carla Scaroni, of Broadway Plaza, said: “It appears that our tenants are very modest and certainly don’t mention the hard work they carry out in their spare time.

“When he’s not making hundreds of subs for customers, Subway franchise owner Mehdi is delivering groceries, medication and other essential supplies to the vulnerable within the community.

“I feel it’s incredibly important that people like Mehdi get the recognition for everything they do, especially as they are an integral part of the centre and community. We think he’s an absolute hero!”

Luisa Huggins, of Westside BID, said: “We’re overwhelmed at efforts shown by so many BID members that have been determined to help others throughout COVID-19.

“Mehdi is a deserved recipient of our latest #WestsideHero award, and we’re very proud of him.”

If you know someone who deserves a #WestsiedeHero award, email luisa.huggins@westsidebid.co.uk