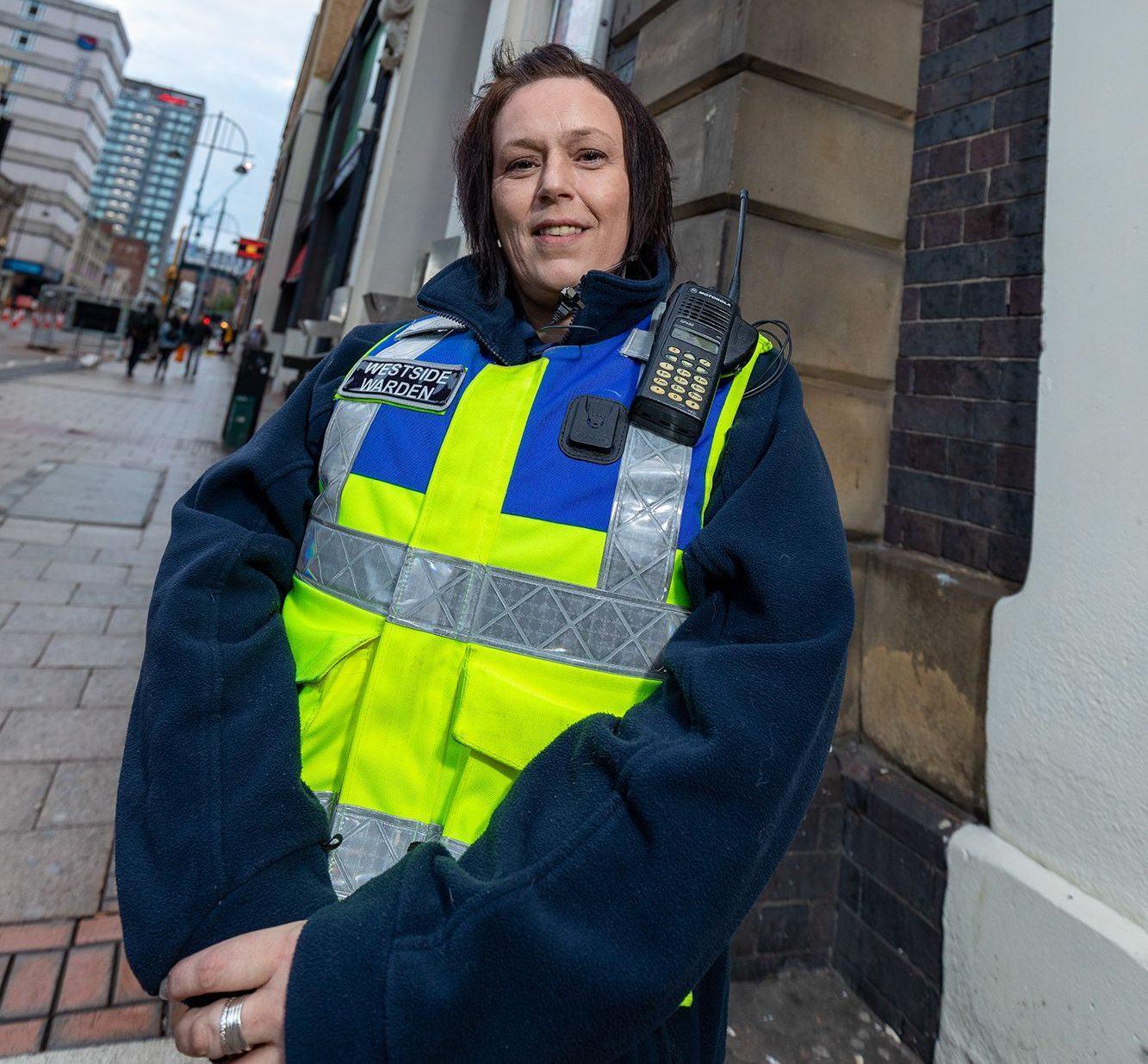 A Westside warden has been praised for her observation and “powers of deduction” after helping to prevent two bomb hoaxers from potentially causing widespread disruption on Broad Street.

Nicola Hebberts has also been recommended for an award after spotting the two youths, who were already suspected of making one hoax call, before following them when they left the area.

The warden team had been alerted to the bomb hoax threat by police during one of their regular meetings on the evening of Friday 4 October.

Senior warden Peter Willis, who was on patrol duty with Nicola, said: “The police told us they were dealing with an ongoing incident regarding a bomb threat against a premises on Broad Street.

“They had already confirmed the threat as a hoax but, because the suspects hadn’t been detained, they were concerned there might be more hoax calls, each of which would have to be investigated as if it was genuine.

“Our worry was that premises would have to be evacuated, which would have proved costly and disruptive.”

After the meeting with police and venue managers ended, Peter and Nicola continued their patrol towards the Popworld bar on Broad Street.

Peter added: “Nicola spotted two youths and, as we walked past, one of them started to make a gun sign towards her.

“Nicola just got the feeling that these two could have been the bomb hoaxers because she immediately said to me: ‘That’s them, they’re the ones the police are looking for.’

“I was sceptical as we hadn’t been given any descriptions, but Nicola was sure she was correct, so I radioed security at Brindleyplace to put a camera on them while Nicola kept an eye on them.

“The police were able to see what Brindleyplace was looking at and confirmed they were the two suspects. The youths walked off, but we followed them over the canal onto the Arena car park where police detained them.

“Without doubt, because of Nicola’s observation skills and powers of deduction, we were able to prevent any major disruption on the night.”

Nicola simply commented: “I was just doing my job.”

But Westside BID general manager Mike Olley said: “Clearly Nicola has an intuitive intellect which is outstanding, and I will be putting her forward for an award.”