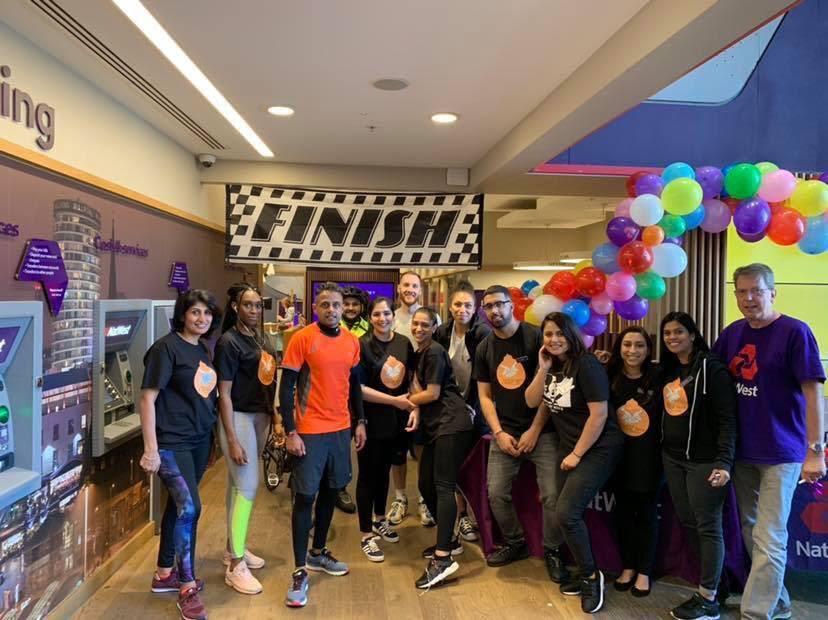 Bank staff in Birmingham have been going the extra mile in aid of a charity that feeds and supports homeless people in the city.

And stepping out in front was Westside BID chairman Dipesh Mistry, who is the local director of NatWest Bank in Birmingham.

Dipesh led the way as around 35 NatWest staff collectively ran more than 200 miles on 20  September to raise money for the Midland Langar Seva Society, founded in 2013 to provide hot food and drink to those living on the streets and on the poverty line.

The aim was to cover the 42 miles that connects the 14 NatWest branches across the Birmingham region, with individual staff choosing how far to run between branches.

Dipesh, who has been chairman of Westside BID for more than three years, took on the challenge of running the 26 miles from the NatWest branch in Stourbridge to Birmingham city centre.

He said: “Midland Langar Seva Society is NatWest’s chosen charity for this year, but it also links in to the work that the BID is doing in supporting homeless charities in Birmingham.

“We had plenty of bank staff who were up for the challenge of running between branches, it was an inspirational thing for them to get involved in.”

NatWest staff have so far raised more than £4,000 from their collective efforts.

Dipesh added: “I ran 26 miles from our branch in Stourbridge to the city centre via Halesowen, Smethwick, West Bromwich, Perry Barr and Brindleyplace where we have a centre.

“Other staff ran other legs from different branches, some ran a few miles such as Solihull to Shirley, or Harborne to the city centre, while others did 20 miles. It totalled well over 200 miles if you add it all up.”

Dipesh is well used to running as he completes a half marathon every Sunday.

“It’s not competitively, just for my own well-being and general fitness. I have been running for about 14 years, so this was something I have been training a long time for,” he added.