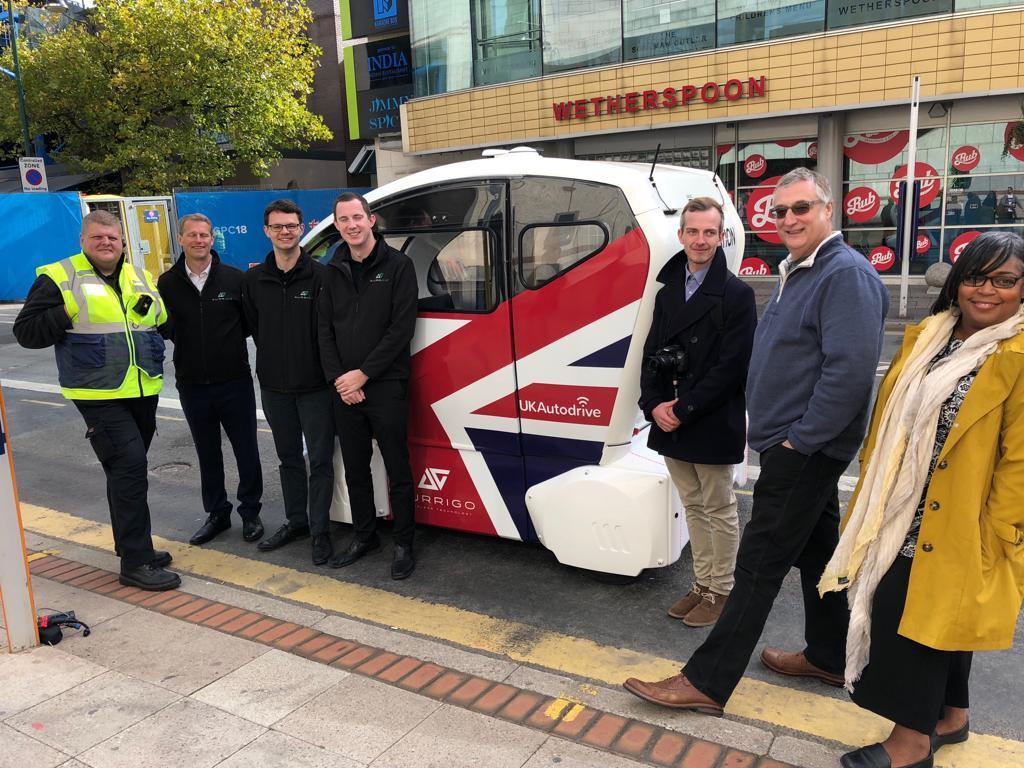 A driverless electric pod car made its first journey in the West Midlands this week by cruising along Broad Street during the Conservative Party Conference.

The Aurrigo PodZero arrived in Birmingham to give both conference visitors and the general public a chance to experience the future of transport.

Shaun Duggan, representing Transport for West Midlands, said: “With the clean air zone likely to be taking place the pod would be a perfect last mile solution.

“With road restrictions and the tram coming in, the pod would bridge the gap and make it easier for those who want to travel from point to point in Birmingham. The Conservative Party conference was the best time for the exposure of this innovation.”

It is hoped vehicles like the environmentally friendly pod will help save travel costs in Birmingham when the clean air zone comes into effect.

The pod could also be used in hospitals, helping with disability access from car parks.

According to Aurrigo, the pod could also take visitors at airports, shopping centres, airports, heritage sites and sporting venues.

Craig Cannon, design and test engineer for Aurrigo, said: “The pod is powered by an app and it is very easy to navigate, working without charging for six hours.

“It can then have a five-minute battery change and be up and running. A journey can be inputted without hassle and the pod will teach itself where to go.”