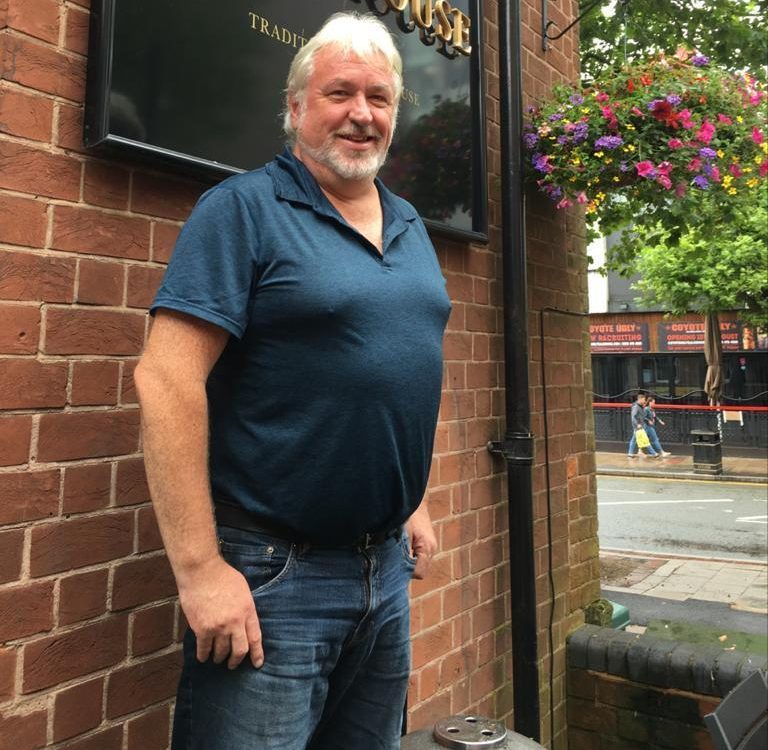 A best-selling crime and thriller writer is to feature in one of a number of events on offer at the 38th Birmingham, Sandwell & Westside Jazz Festival.

Paul Finch, creator of the Detective Sergeant Mark Heckenberg novels, is to take part in a ‘Meet the Author’ event at The Brasshouse on 17 July hosted by Lorraine Olley.

The former police officer turned crime writer is no stranger to the Broad Street pub, having previously mentioned it in his 2017 thriller, Shadows.

He later visited The Brasshouse in person after the relevant book passage was incorporated into a special display that Westside BID had framed and presented to the pub.

It promises to be a busy jazz festival for Lorraine, wife of Westside BID general manager Mike Olley, as she and Elaine Weir, the BID’s business liaison manager, will also be performing as The Westside House Band for the first time.

The band, with Elaine and Lorraine singing their own brand of uber-cool jazz-inspired lounge music, will be performing at least three shows at different Westside venues throughout the festival, which runs from 15 to 24 July.

In a similar vein to the ‘Meet the Author’ event, there will also be a Blues Talkin’ session with festival organiser Jim Simpson at Velvet Music Rooms on 19 July.

The chat forms part of a Henry’s Blueshouse evening which also includes live performances by The Whiskey Brothers and Ajay Srivastav and Vinod Kerai.

The festival will also include a series of music workshops, including harmonica and cigar box guitar from Ricky Cool and Chickenbone John respectively.

Plus the festival features the return of free ukulele workshops in the form of the popular ‘You’re Never Alone With A Uke’ classes which involves 15 ukulele players.

In addition, in another departure from jazz and blues, there will be free dance lessons in swing, jive, jitterbug and 1920s Charleston dancing from Strictly Jitterbug, to be held on the terrace of Caffe Nero on 16 July.

And Westside audiences will also be able to see barbershop quartet, The Classmates, at Hilton Garden Inn, plus 36-strong barbershop choir, the Anvil Chorus, performing in the Lee Longlands furniture store.

Velvet Music Rooms will act as the Festival Information Centre from 8 July, and full listings can be found here: https://westsidebid.co.uk/wp-content/uploads/2022/06/Westside-performances.pdfm