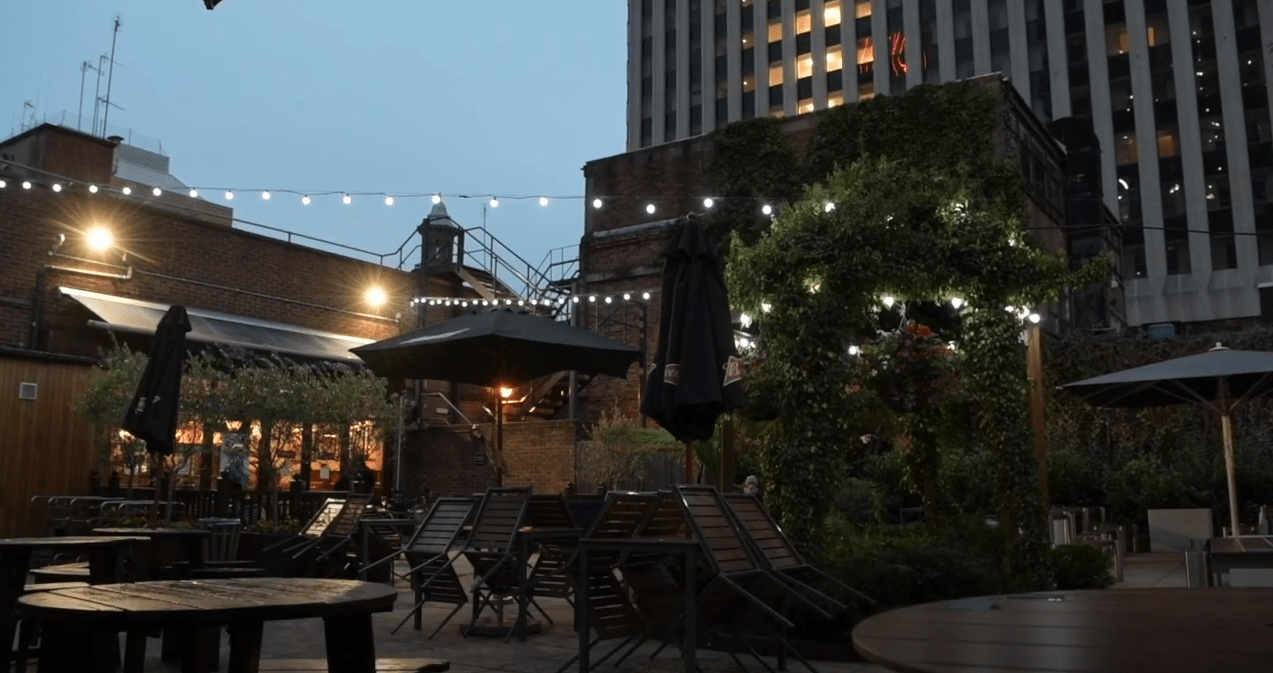 Westside BID has commissioned a new video to show all the venues with outdoor spaces where customers can safely socialise.

The initiative is in response to the government’s decision to impose tougher COVID-19 restrictions on Birmingham which is currently in the tier two ‘high’ risk category.

This bans people from mixing with other households in any indoor setting, including hospitality venues such as pubs and restaurants.

Jas Sansi has now produced the new video for Westside BID which features more than two dozen venues with outside spaces where a meal and drinks can be enjoyed.

With Birmingham boasting more canals than Venice, a number of the venues in the video have outside space offering splendid views of the canal.

Others are located at the heart of the city’s entertainment centre on Broad Street, in BrindleyPlace or within Broadway Plaza.

Westside BID general manager Mike Olley said: “This fabulous video not only shows what a tremendous range of pubs, bars and restaurants we have here, but also the great variety of outdoor space available.

“Everyone at the BID is determined to ensure that our hospitality venues remain open and alive to the needs of our customers during these extremely difficult times.”

The A-Z of BID venues with outside space is: