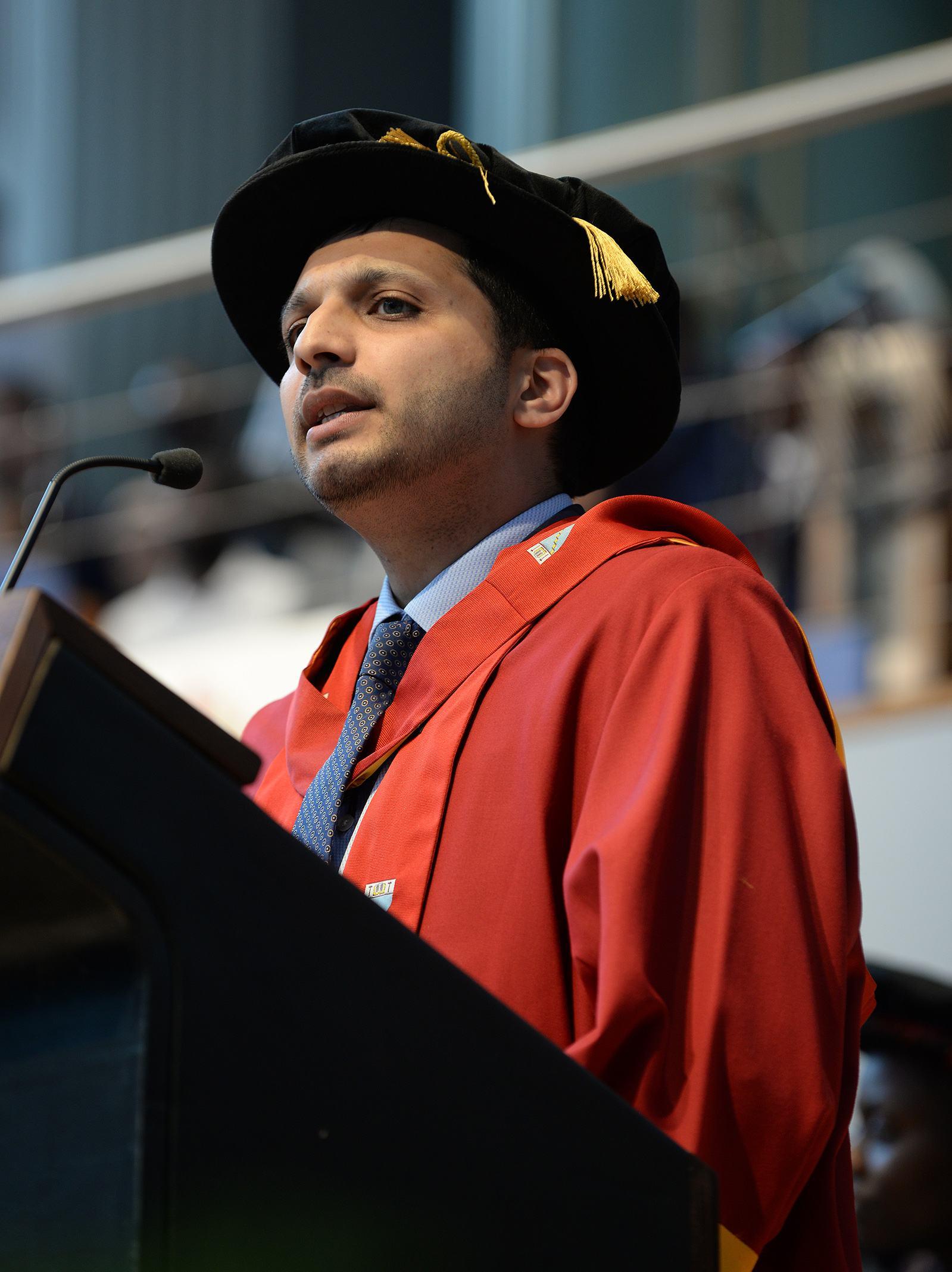 One of the Westside BID’s top leaders has received an honorary doctorate from Aston University to recognise his work promoting business in the West Midlands.

Saqib Bhatti, a chartered accountant by profession, has been a BID director for the last six years, as well as being its company secretary.

Saqib, whose day job is an associate at Younis Bhatti & Co Ltd, a firm of chartered accountants based at 93 Broad Street, said: “It is such a great privilege to be awarded this honorary doctorate I receive it humbly.

“I think of the hard work that my parents have put in to making me the man I am today and so I dedicate this to them.

“My ambition has always been to serve the people around me so to be recognised by an institution as venerable as Aston University is a real honour.”

Speaking to fellow graduates at the degree ceremony about jobs in business, Saqib said: “Work with integrity: it might not make you popular, but you’ll know you stood for something and will walk with your head held high.”

Saqib’s honorary doctorate comes just weeks after he took part in a charity skydive in a bid to raise £25,000 for Prostate Cancer UK, after two of his colleagues at the Chamber were diagnosed with – and successfully overcame – prostate cancer.

Saqib studied Law at the London School of Economics before qualifying at Deloitte in 2007, one of the ‘Big Four’ accounting firms, within their financial services audit practice.

As well as promoting the West Midlands as a national and international leader in trade and business, Saqib has worked with various charities helping to secure free and subsidised education and training to some of Pakistan’s poorest areas.