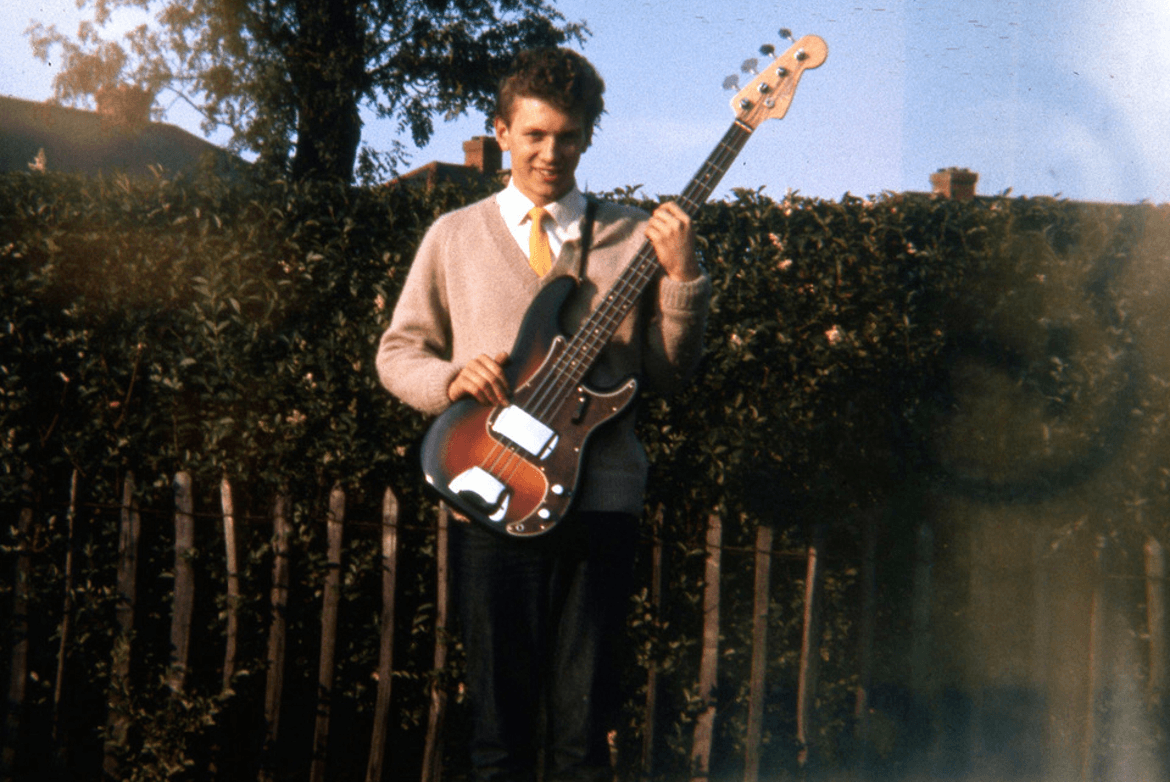 Moody Blues’ rock star John Lodge was once so keen at football that he played for Aston Villa’s youth team named after club legend Harry Parkes.

As a child, Lodge used to ‘tickle trout’ in the river that used to run through Pype Hayes park, before his music breakthrough came at the Tyburn House pub with his teenage band El Riot and the Rebels.

The memories from Lodge came as he looked forward to returning to his Birmingham roots for Westside Business Improvement District’s (BID) Night of Stars event on 11 April at Symphony Hall.

Lodge was born in Birches Green near Erdington in 1945 and went on to become bass guitarist, vocalist and songwriter of Moody Blues, the rock ban which formed in the city in 1964.

But long before then as a schoolboy he would spend all his spare time playing football with his pals – many of whom went on to have to have professional trials.

Lodge, now aged 73, said: “I lived on a cul-de-sac on a council estate and my house overlooked a huge roundabout at the end of road.

“There were about 14 boys and six girls who lived in our road. The boys were roughly the same age and after school we would play football every day.

“This was a magic time and many of the boys in my road had trials for premiership teams.”

Lodge wasn’t quite good enough for trials but revealed: “As a young teenager I played for Aston Villa’s Harry Parkes’ All Star Team.”

The would-be footballer went to Birches Green Infant and Junior School, and after passing his 11-plus went on to what was then called Central Grammar School – now the Tile Cross Academy.

But Lodge’s memories were more about what happened outside the classroom.

He recalled: “I remember Pype Hayes park had a small river running through back then, and we had wild and wonderful timed paddling and tickling trout. Sadly, it’s now a brick cement water way – it should have been left as a stream.

“The nearby St Mary’s Church youth club was in Pype Hayes and on a Thursday night there was a Mecca, with skiffle bands, table tennis and dancing … and the occasional fight!

“Later on, the first curry house I went to was in the centre of Birmingham and I think it was called the Midland Curry house.

“The first group I ever saw was on a Friday night at the Aston Chain and Hook. They had a dance there and the group was called The Modernaires.”

Lodge now lives in Surrey, although his sister, nieces, nephews and much of his wider family are still all in Birmingham.

He added: “The stand out moment for music in my youth was my Dad getting us an interval spot at the Tyburn House Jazz Night for our band called El Riot and the Rebels.  I never looked back after that …!”

Lodge will be on stage in a special ‘Night of Stars’ event to be hosted by Jasper Carrott at the Symphony Hall on 11 April, in collaboration with Westside BID.

Lodge will be joined Carl Palmer, one of the most respected rock drummers to emerge from the 1960s and a veteran of many bands including Crazy World of Arthur Brown, Atomic Rooster, ELP (Emerson, Lake & Palmer) and Asia. Palmer was born in Handsworth in 1950.

The pair will both receive one of the city’s coveted Walk of Stars, with various other still-to-be-announced Birmingham-born stars helping to celebrate their rock careers.

Tickets are priced* at £28 or just £15 for the back tiers, with proceeds going to the Birmingham Children’s Hospital Charities and Westside Charitable Endeavour, dedicated to recording the area’s historical attributes.

As well as the Night of Stars event, Lodge is on a UK tour in April and the dates can be found here.