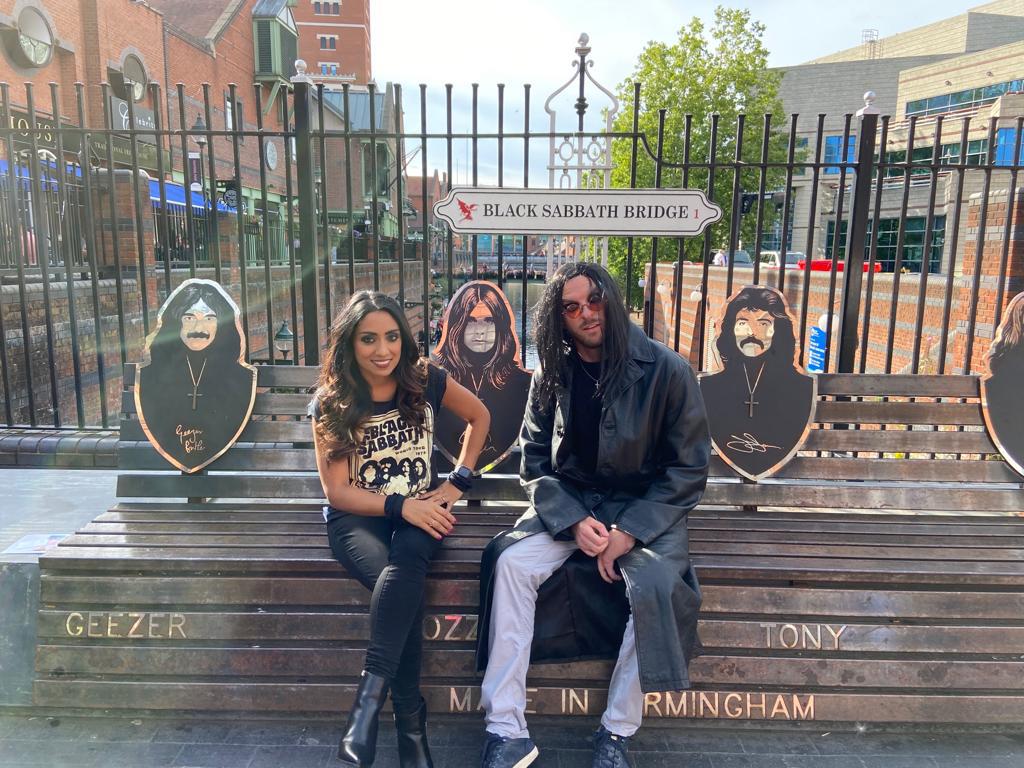 And John-James Chalmers, the former Royal Marine who was injured in a bomb blast in Afghanistan in 2011, even dressed up as Ozzy Osbourne to give the scene an extra buzz.

He was filmed with fellow presenter Isa Guha, the former cricketer, who played along with the theme by dressing up as a devoted metal fan.

Mike Olley, general manager of Westside BID, said: “Black Sabbath’s bench has become a cultural magnet not only for metal fans but also for the media when they are in town.

“What has the Commonwealth Games got to do with Ozzy Osbourne? I don’t know, but I love the fact that the BBC wanted to feature it!”

You can watch JJ and Isa having fun at the iconic Black Sabbath bench here: https://fb.watch/eFTY6l5H6i/