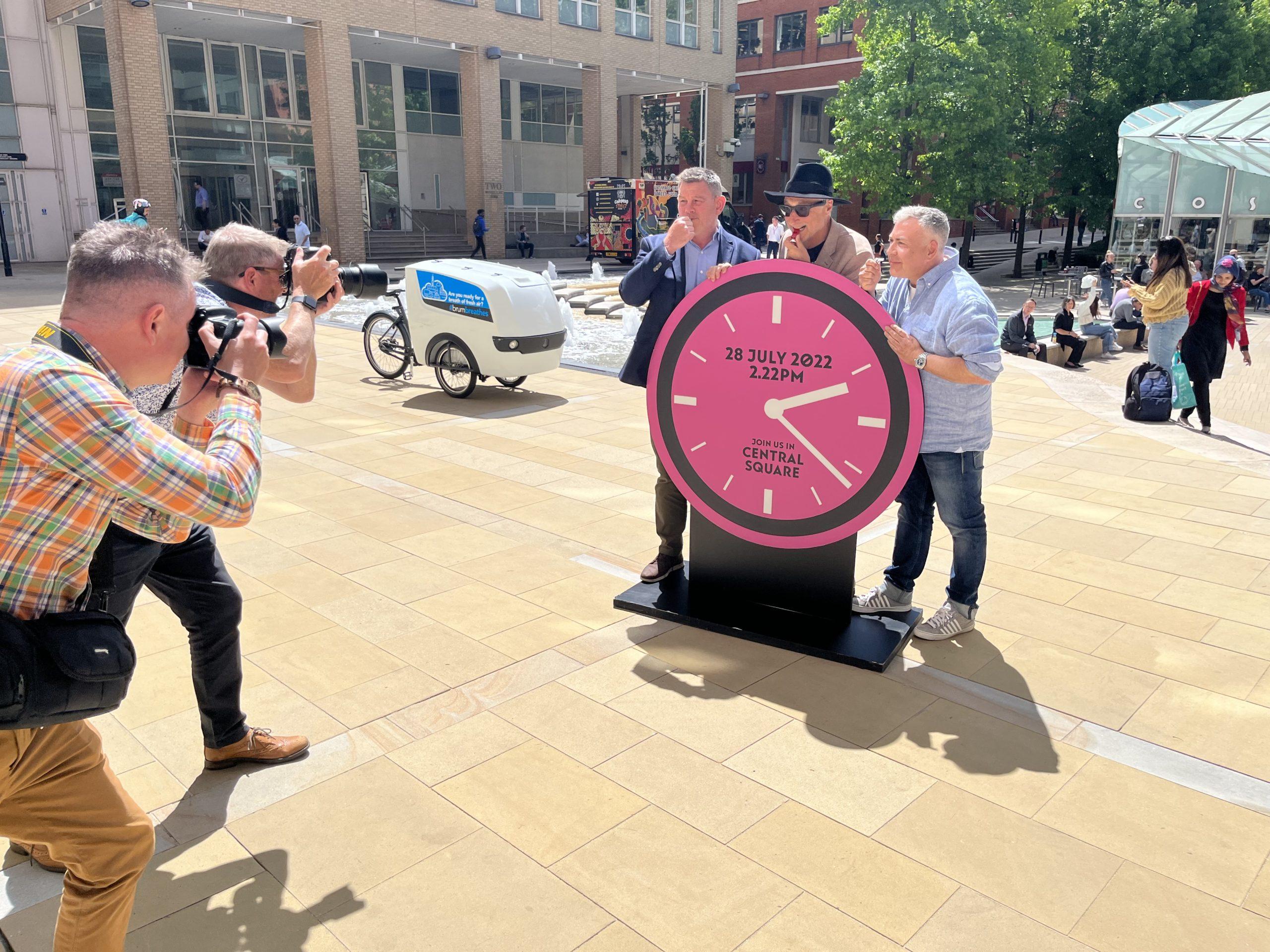 Scores of people gathered in Brindleyplace’s Central Square yesterday (Thursday) to take part in and watch the official launch of The Big Whistle Campaign.

TV cameras and media photographers were also there as Westside florist Mark Gribben explained how he wants thousands of people to whistle-in the Commonwealth Games at 2.22pm on Thursday 28 July.

Mark, who owns Ethos Flowers at Brindleyplace on Westside, now hopes that the mainstream and social media will help him to spread the message to get local businesses, workers, schoolchildren and the general public behind the project.

Mike Olley, general manager of Westside BID, said: “We’re proud of Mark for comni gup with such a great idea and we now want the message to be spread far and wide so that thousands of people take part in The Big Whistle launch on 28 July.”

The Big Whistle: The actual moment for The Big Whistle marking the opening of the Commonwealth Games is 2.22pm on Thursday 28 July in Central Square, Brindleyplace, when there will be food stalls and festive jazz music to celebrate the event. Full details here: https://www.brindleyplace.com/event/big-whistle/

Businesses on Brindleyplace can get more information from Matt Long via matt.long@brindleyplace.com.

And if you want to spread the word, use #TheBigWhistle2022 across all social media.

Main pictures: photographers capture (from left) Matt Long, Mike Olley and Mark Gribben at the launch, and a big crowd gathers to offer their support.