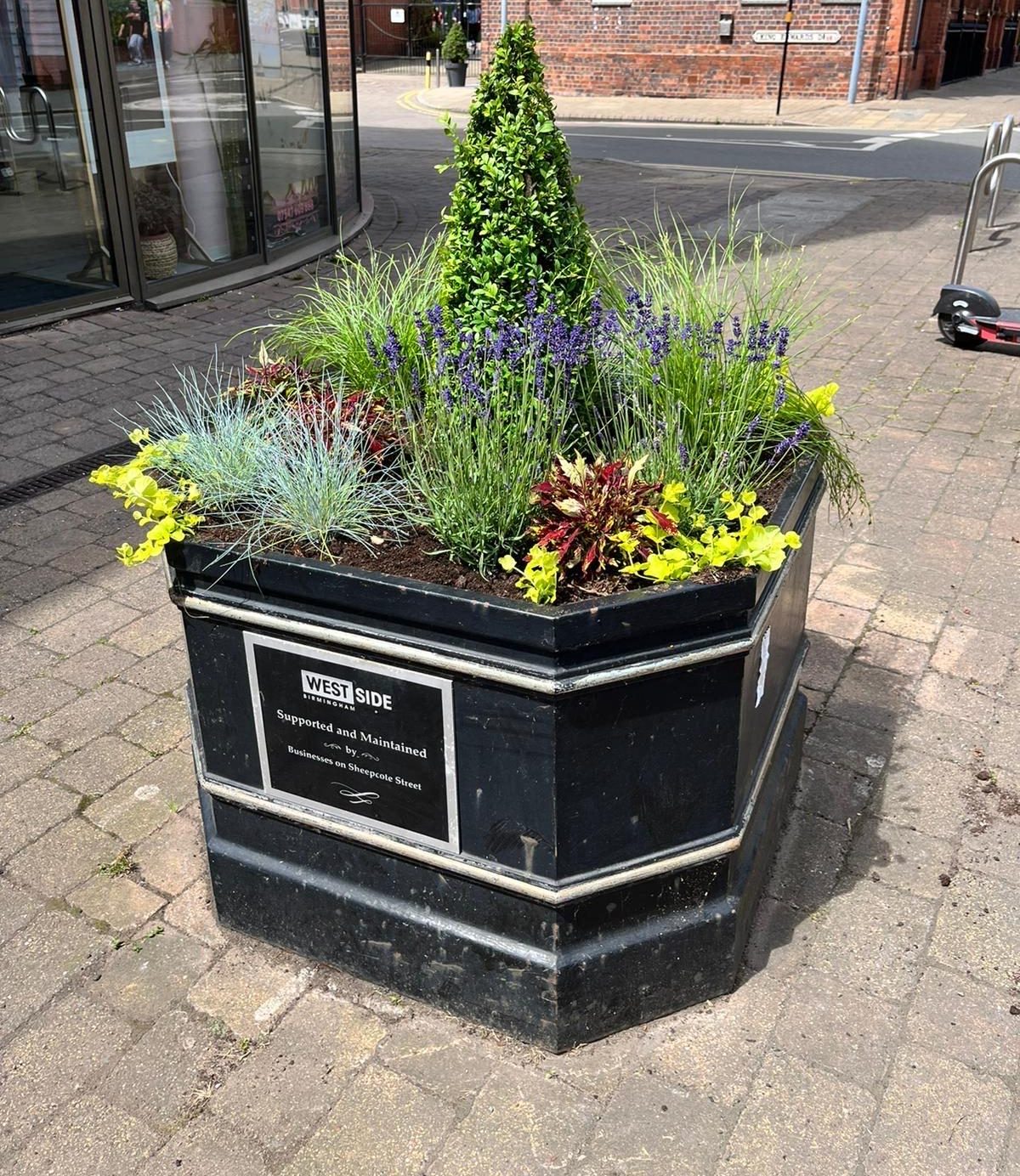 A set of three planters on a Westside street have been given a vibrant new lease of life.

The cast-iron plant tubs on Sheepcote Street had sadly been neglected over the course of the coronavirus pandemic.

Therefore Westside BID, which had previously taken over the upkeep of the three planters, contacted nearby Ethos Flowers, and they put their expert green fingers to good use.

Mark Gribben, owner of Ethos, which is celebrating 20 years on Brindleyplace, said: “The planters are for the benefit of businesses in Sheepcote Street but had gone under the radar a bit.

“They were in a very poor state after they were forgotten about during the pandemic, but we have now given them a new lease of life.”

Long before Covid, the planters had been the responsibility of Birmingham City Council. But local dentist Colin Pocock had become concerned about their care and had spoken about it to Westside BID’s general manager Mike Olley, who happened to be one of his patients.

The BID, in turn, contracted members of the city council’s gardening team to maintain and water the planters.

Mark added: “We decided to do something a bit more sustainable, so we have used boxes in a pyramid shape and some grasses, interspersed with some seasonal planting.

“It has made Sheepcote Street a lot nicer and we have had a terrific response from businesses down there.”

Mr Olley said he decided that the planters needed attention after a recent visit to The Dentist in Sheepcote Street.

He said: “They had been neglected during Covid but after a recent visit to the dentist I was reminded we had to get this job done.

“Unfortunately, the council, who we’ve used in the past, are up to and beyond their eyeballs due to the Commonwealth Games so we got Mark from Ethos to do the job for us. They now look smashing and give a real lift to the area.”