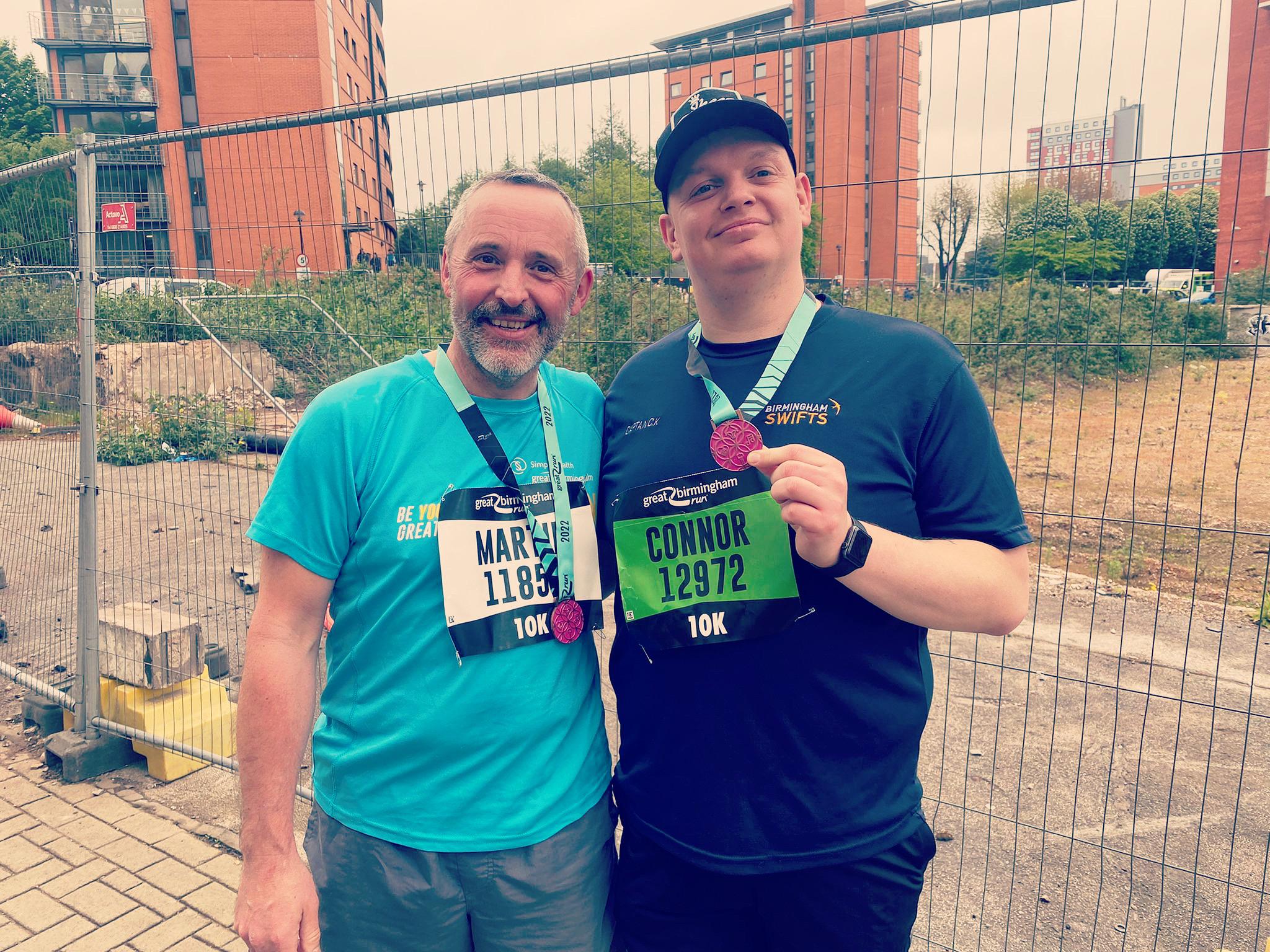 A Westside bar manager who has recently lost six-and-a-half stones in weight is running the London Marathon to raise funds for the Marie Curie cancer charity.

Connor Kingsley, assistant general manager at Mr. Mulligan’s in Broadway Plaza, is taking the 26-mile challenge on 2 October in memory of his nan, foster-mum and a close friend who were all helped by or linked to the charity.

He is also hosting a crazy golf charity tournament, cake sale and raffle at Mr Mulligan’s on 7 September to raise even more funds for Marie Curie.

Connor, well-known on Westside after previously working at the Walkabout bar and Bannatyne gym, is now seeking raffle prizes for the September event.

The 33-year-old, who lives in Winson Green, said: “I’ve been concentrating on making major changes in my life after being locked up for best part of two years during Covid-19.

I had found myself to be the largest I have ever been at a whopping 25 stone, which contributed to me becoming diabetic and gave me a major wake-up call. Since getting back to regular exercise I have managed to lose six-and-a-half stone in my first year with a fixed plan to get down even more.

“I had used to be a regular runner a few years back where I was part of a running club and would apply for the London Marathon every year and not get in. I carried on applying when I stopped running and on my eighth attempt I got in!

“I’m now back in training and have already taken part in the Birmingham 10km in May, along with my colleague Martin, and my next race is on Saturday 2 July in the Black Country half marathon.”

Connor explained that he had chosen Marie Curie for his fund-raising in memory of three people:

Connor is being supported during his 18-week training programme by Birmingham Swifts coach Peter Davis.

He added: “Andrew gave his heart and soul to his job and the charity he loved. My foster mum fostered hundreds of children and gave her life and soul to safeguard everyone she met. The staff at Marie curie and the hospice were amazing to her and I was determined to do this run in honour of her and my nan.”

Connor is raising funds for Marie Curie through Just Giving for his London Marathon efforts, and anyone can contribute here: https://www.justgiving.com/fundraising/connor-kingsley2

Meanwhile, anyone wanting to attend the crazy golf, bake sale and raffle event on 7 September can find out more details here: https://fb.me/e/1VDA7L02I

And any Westside organisations who would like to donate a raffle prize can contact Connor by emailing him at agm.birmingham@mrmulligan.com