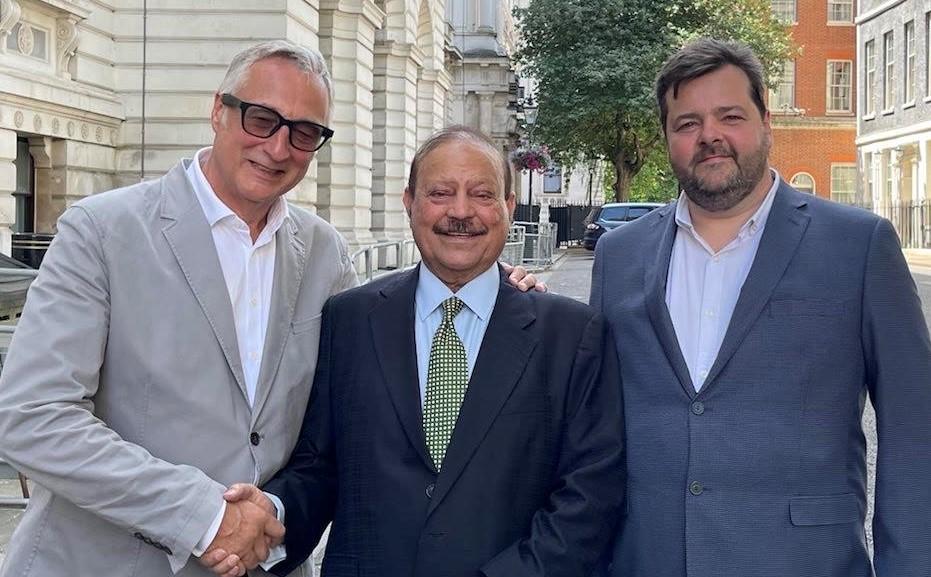 Westside BID officials travelled to London to meet the president of Azad Jammu and Kashmir and to help deliver a human rights petition to prime minister Boris Johnson.

Azad Jammu and Kashmir, often abbreviated as AJK and colloquially referred to simply as Azad Kashmir, is a region administered by Pakistan as a nominally self-governing entity in western Kashmir, a country disputed by India and Pakistan since 1947.

Mr Olley said: “The Pakistan Consulate lies in the heart of the Westside area at The Wharf on Bridge Street, and as a result the BID is always keen to show an interest in the current affairs of that region.

“It was a pleasure to meet with Sultan Mehmood Chaudhry and to join with Birmingham MPs Khalid Mahmood, Jess Phillips and others demanding that the UK government continues to play its important role as an observer of international human rights.”

Above picture: the Parliamentary delegation outside Number 10