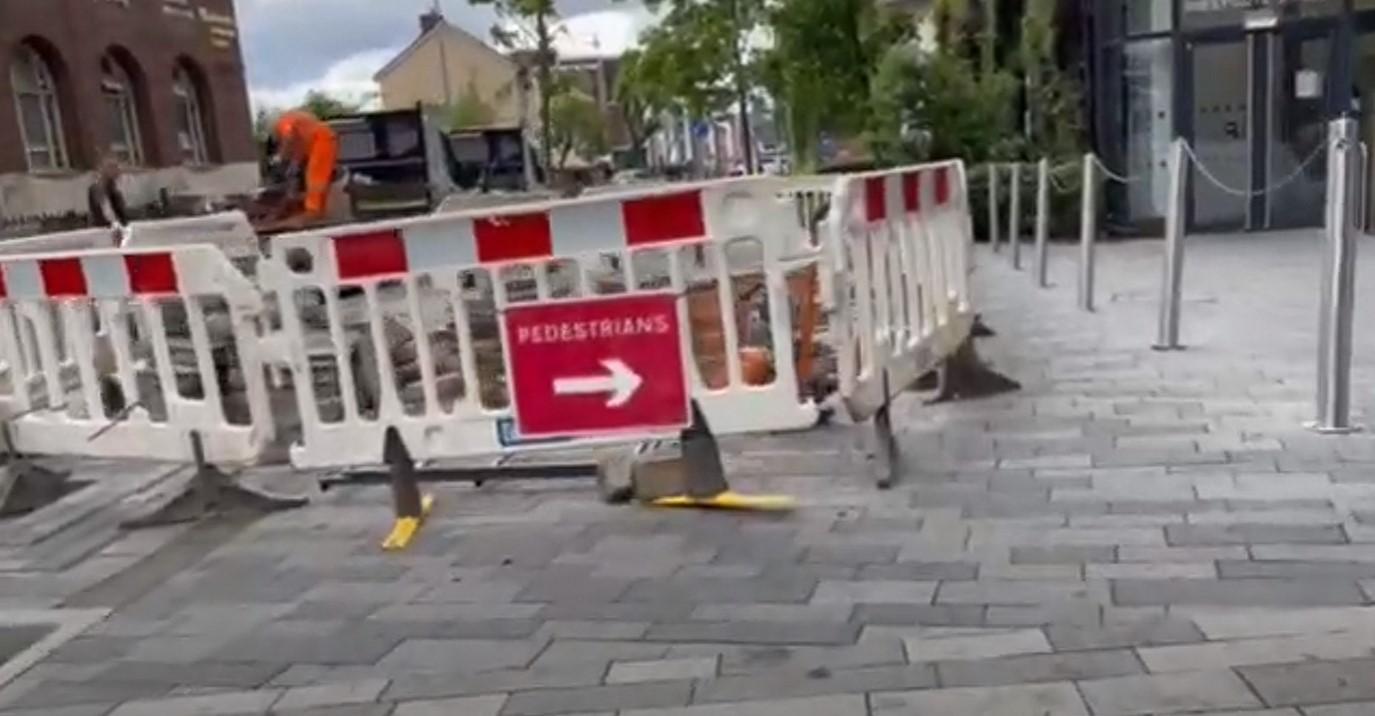 A major utility company has apologised over delays in completing repairs to an underground cable that left a dangerous hole in a road on Westside.

Western Power Distribution made the apology after Westside BID highlighted the mess in Sheepcote Street in general manager Mike Olley’s latest vlog that was posted yesterday.

And although the hole has now been made safe, Western Power has admitted that it can only carry out a “temporary repair” due to difficulties in replacing paving blocks damaged during the initial repair work.

Mr Olley reported in his blog that the site in Sheepcote Street was ‘so dangerous’ that Western Power should have fixed it within two hours, yet it actually took them 24 hours.

He said the BID rang the electricity distribution company to point out the danger to the public, while the city council also sought to ‘push them along’, but initially to no avail.

In a statement, a spokesperson for Western Power said: “The hole at Sheepcote Street was necessary to allow engineers from Western Power Distribution (WPD) to locate and repair an underground cable fault.

“When the fault work was completed, our contractors were asked to backfill the hole. Unfortunately, the backfilling process was hindered by car parking close to the location of the fault, which meant that contractors struggled to get their vehicle close to the site.

“To complete the restoration, our contractors are now waiting for the delivery of new paving blocks to replace those damaged during the repair of the fault.”

However, Western Power added that “due to the long waiting time for the specialist paving specified by the council”, the contractors will carry out a “temporary repair this week” that will remain in place until the replacement paving blocks become available.

The spokesperson added: “We apologise for any inconvenience caused by these delays.”

Mr Olley said: “Despite Western Power’s apology, I remain unhappy at the delay in getting this dangerous hole repaired, as well as in obtaining a response from the company.

“It seems implausible that car parking has been blamed for delaying the operation to fill the hole. Now we learn that the site in Sheepcote Street is only getting a temporary repair.

”We should be getting a better service and I am frankly still disappointed that we have only received a proper reply after taking the trouble to highlight the problem by filming and publishing a vlog.”