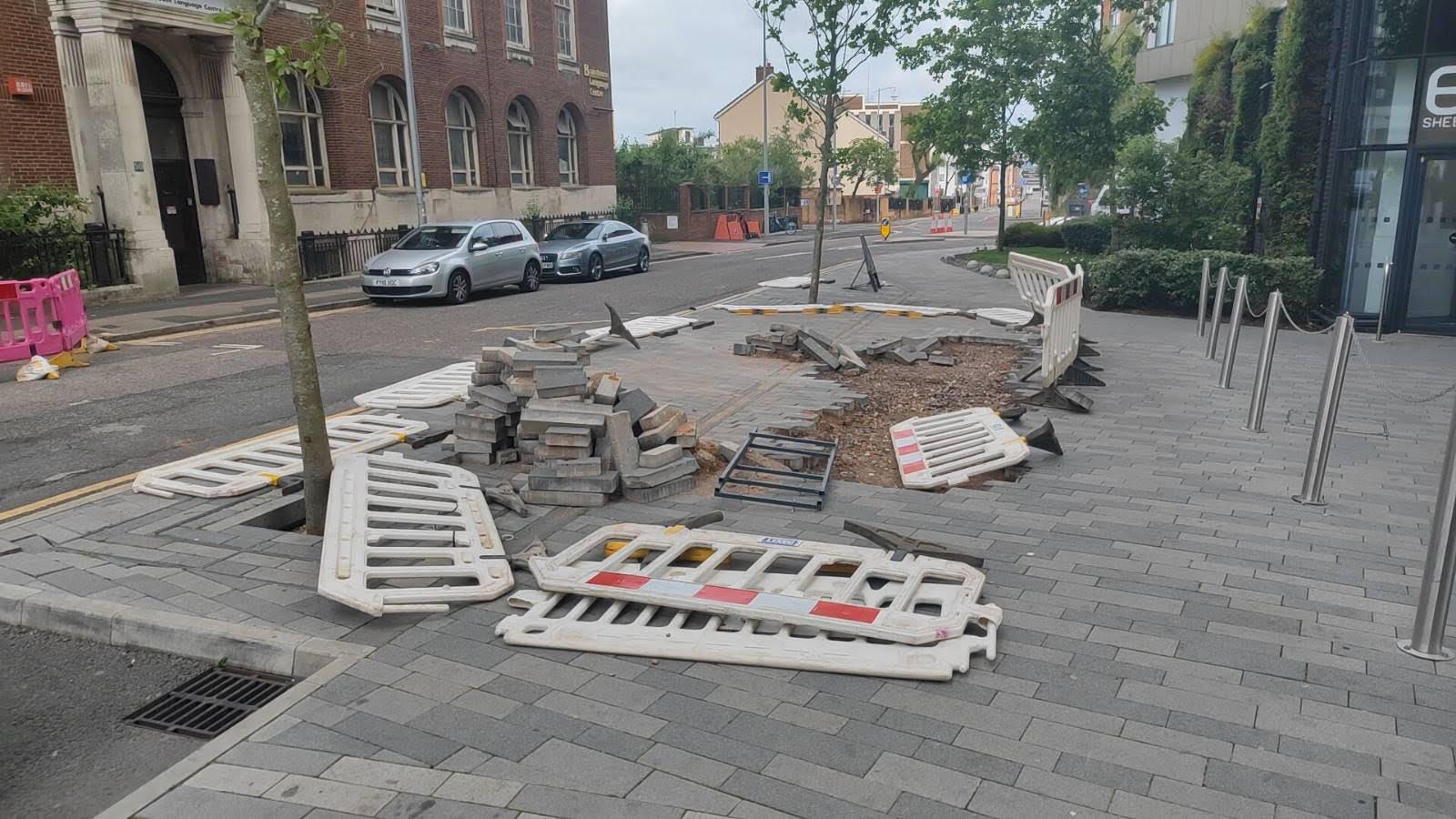 When Westside BID came across a dangerous hole in the road, it expected swift action from Western Power, the utility company responsible. But as business leader MIKE OLLEY reports, all that came was delays, delays … and not even bothering to explain why.

No-one gets it right all the time. I get it wrong. Then I rethink, accept and adapt, to avoid making the same mistake again.

One thing at Westside we never do is engage PR ‘denialists’ who make out everything is “amazing”, “brilliant” and “oh soooo fantastic”.

The other day we came across a hole in the ground that was being dug up by Western Power. The site was in a right old mess. We rang them up and pointed out the danger that the public was exposed to.

Western Power told us it was the sub-contractor’s issue to deal with and they would get it sorted. Well, that’s roughly what they said, but that’s not what the law says: it’s their problem clear and simple.

Watch and listen to the full Olley’s Oracle here: https://youtu.be/CCS1RhKnhOY

In many ways this site was so dangerous that they should have fixed it within two hours. It took Western Power 24 hours. May I suggest that this is a disgrace? The city council did their bit, joining in to push them along, but sadly to no avail.

Now before I did this job I was a lawyer specialising in personal injury. We used to get significant damages for members of the public who tripped, fell and injured themselves on such things as this. Damages that would buy a small car or a decent sun-soaked holiday.

So why do Western Power expose themselves to the like of Sue, Grabit and Run? Well, only they know the answer to that.

As I said, they did finally get the site back up and safe, but Western Power: why did it take you 24 hours or more to get on top of this clear danger to the public?

We asked Westerns Power’s press team for a comment but 72 hours later we’re still awaiting an answer. We can be at least grateful that the PR people aren’t digging up the roads.

They can’t be bothered to pick a phone up. Just imagine if they did the signing, lighting and guarding? Oh dear, an even bigger mess …