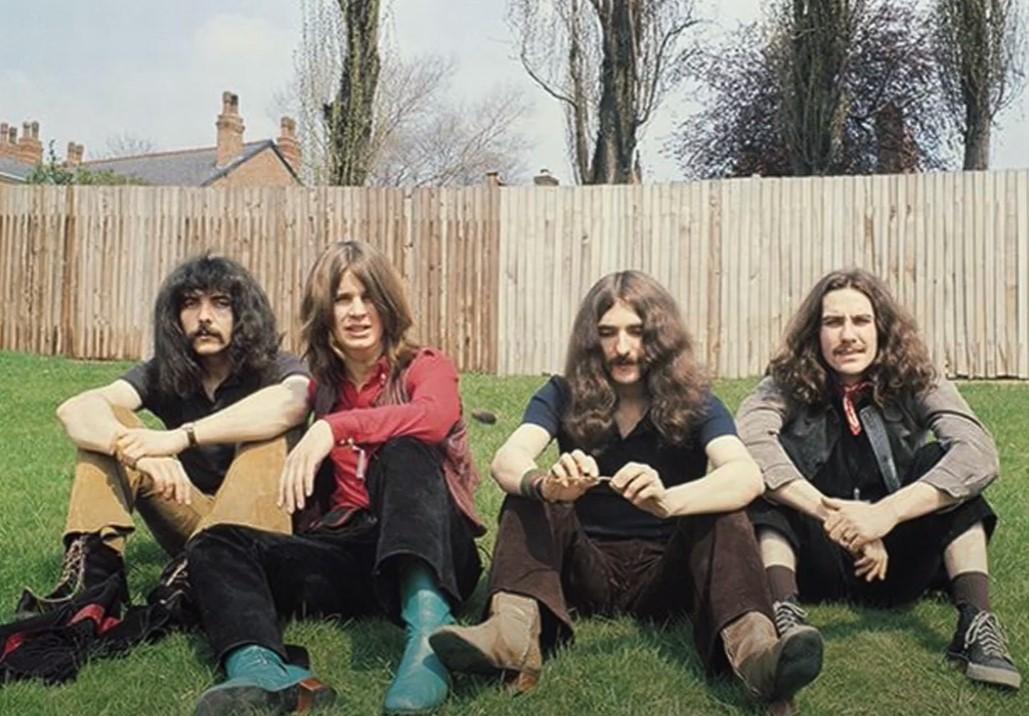 Hello, I’m Tony Iommi, lead guitarist and founder member of Black Sabbath. It’s great to have you at our Black Sabbath bridge and our famous ‘heavy metal’ Black Sabbath bench. I’m really pleased that this massive tribute to the band is here.

I understand that it attracts literally thousands of visitors each year, many from overseas who are visiting the UK. They pop up to Birmingham just to grab a photograph on the bench and bridge. I mean, how wonderful is that?

Birmingham born and bred, I worked and played in this area. Before we started Black Sabbath in the mid-1960s, I worked in a factory doing gas and electric arc welding, which is where one day I had an unfortunate accident and lost the tips of two of my fingers.

After that, I was a repair engineer for a typewriter company, and my job was to visit companies in this area and repair their typewriters. I was playing in a local band at the time with Bill Ward, called The Rest, then in 1968 we started a band called Earth, which we would soon after change the name to Black Sabbath.

Moving on to 1972, and Black Sabbath by then had toured the world many, many times. It was so nice then to come back home and see my friends and have a break from touring. On some evenings, I used to go around some of the clubs in Birmingham centre with a couple of different friends who would also be having a break from touring.

Sometimes I’d go with John Bonham from Led Zeppelin or Jeff Lynn from ELO to a club called the Rum Runner on Broad Street, which was one of the popular places for me and other musicians to go. Me mainly because my dearest and oldest friend Albert Chapman from my old school was the manager and bouncer there. And we had some great times there.

Before Black Sabbath got to be known in Birmingham, It was very difficult to get into lots of places. In fact, Ozzy, Bill, Geezer and myself tried to get into another popular club in Birmingham called the Cedar Club where Ben Bevan would play a residency when he was in a band called The Move.

As you can imagine, we were promptly turned away. We were too scruffy and in most clubs there was a definite dress code and you weren’t allowed in wearing jeans. So that was definitely us out.

Birmingham has been the home of some fantastic talent from the Moody Blues, Duran Duran, the Spencer Davis Group, Stevie Winwood, UB40, ELO, John Bonham, Robert Plant from Zeppelin, Beverley Knight, Joan Armatrading, and many, many more.

That’s just to name a few. We’ve had some great actors, some great writers. You name it. We’ve got ’em in Birmingham.

Anyway. I hope you’ve enjoyed yourselves and thanks so much for visiting.