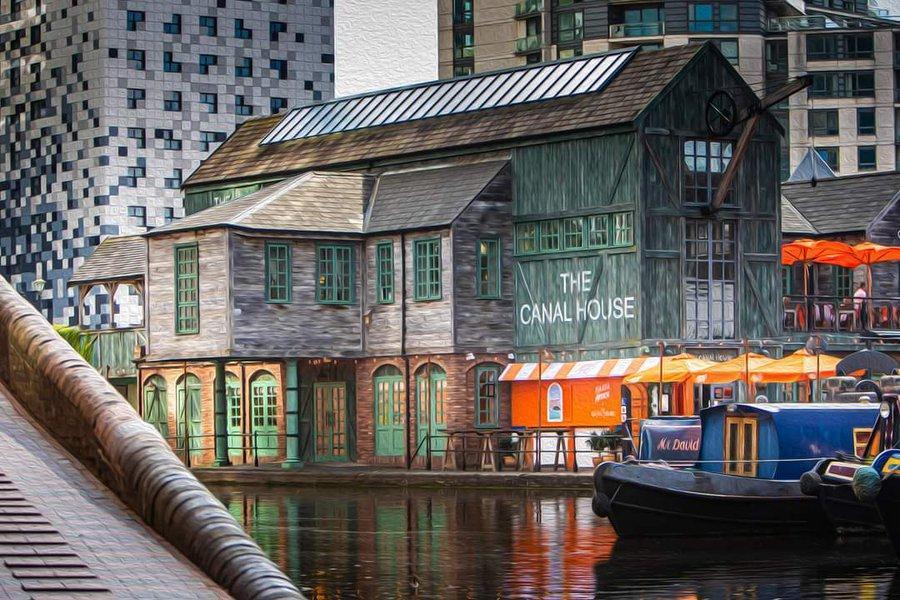 Some of Birmingham’s brightest budding artists spent a day capturing great new scenes in and around Gas Street Basin ahead of a summer art exhibition on Westside.

Birmingham Art Zone, which focuses on bringing art to the community around the West Midlands, invited its members to get involved in the project at the weekend.

And the resulting pictures could well be among those selected for a forthcoming exhibition which Westside BID is in the early stages of commissioning.

The main image of The Canal House pub-restaurant used in this article was created by Tony Wallbank, while the image below of Three Brindleyplace was captured by Helen Roberts.

Paula Gabb, the artist and founder of Birmingham Art Zone, explained that member artists had immediately responded to a call out to produce images of Westside with the new exhibition in mind.

Birmingham Art Zone tweeted the new pictures from its @Birmingham_BAZ account and said: “This was a wonderful day out with artists enjoying the sunshine and so much creative spirit outside the Tap & Spile in Gas Street Basin.”

Mike Olley, general manager of Westside BID, said: “How wonderful to see such great artwork of our area from local artists! We’re thrilled to be working closely with Paula Gabb and the Birmingham Art Zone and look forward to announcing detail of our summer exhibition very soon.”