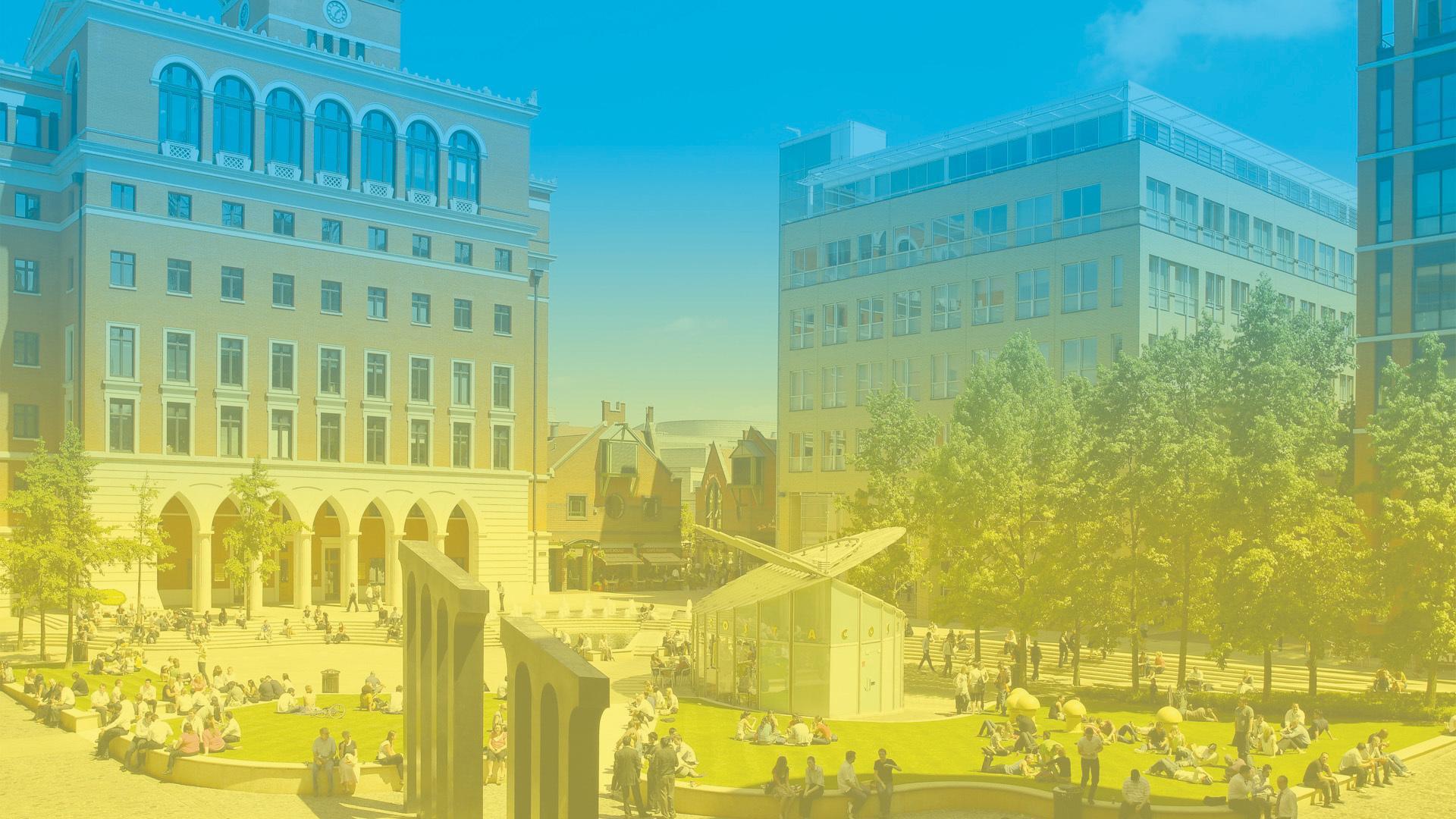 A security official on Westside with first-hand experience of armed conflict is urging people to support an event he has helped organise in aid of Ukrainian refugees.

Marko Vukovic, security supervisor at Brindleyplace, was caught up at the start of the civil war which eventually led to the break-up of the former Yugoslavia.

He and his colleagues will now be holding a ‘Change for Change in Ukraine’ event within Brindleyplace on Tuesday 10 May in aid of the Red Cross, which is aiding refugees following Russia’s invasion of its neighbour.

Visitors to Brindleyplace and people who work there are invited to wear the Ukrainian national colours of yellow and blue and donate to the Red Cross Ukraine Crisis Appeal.

Marko and his colleagues will be in and around Central Square with collection buckets throughout the day, while people can also donate at office reception desks.

Although Marko, 52, was born in Nuneaton, he moved to his parents’ native Croatia, then part of Yugoslavia, at the age of 10. After growing up there, he did national service and saw the outbreak of fighting in 1991 before his uncle helped arrange his return to the UK.

He said: “I witnessed fighting first-hand between national neighbours and the horrors that brought home to us all – watching relatives and friends flee their homes, many of them never to come back.

“The sheer terror of hearing an air-raid siren in the middle of the night and running with your family to take shelter underground, never knowing if you will come out again, is a terrible thing.

“Those same horrors are repeating themselves 30 years later, but this time in Ukraine.”

Marko, who began working at Brindleyplace in 1996, said he had been struck by the “human cost” of the Ukraine war and was determined to raise money to help families fleeing the fighting, but also raise awareness of what is going on.

He said everyone in the security and estate teams at Brindleyplace was proud to look after “this special corner of Birmingham”, and added: “What has always struck me is the community spirit and the passion of those who work here.”

Marko and his colleagues will be rattling buckets in Central Square at peak times between 8am and 6pm on 10 May, with collection points on reception desks in most of the buildings across Brindleyplace.

To donate to the Ukraine appeal online, please visit https://donate.redcross.org.uk/appeal/ukraine-crisis-appeal