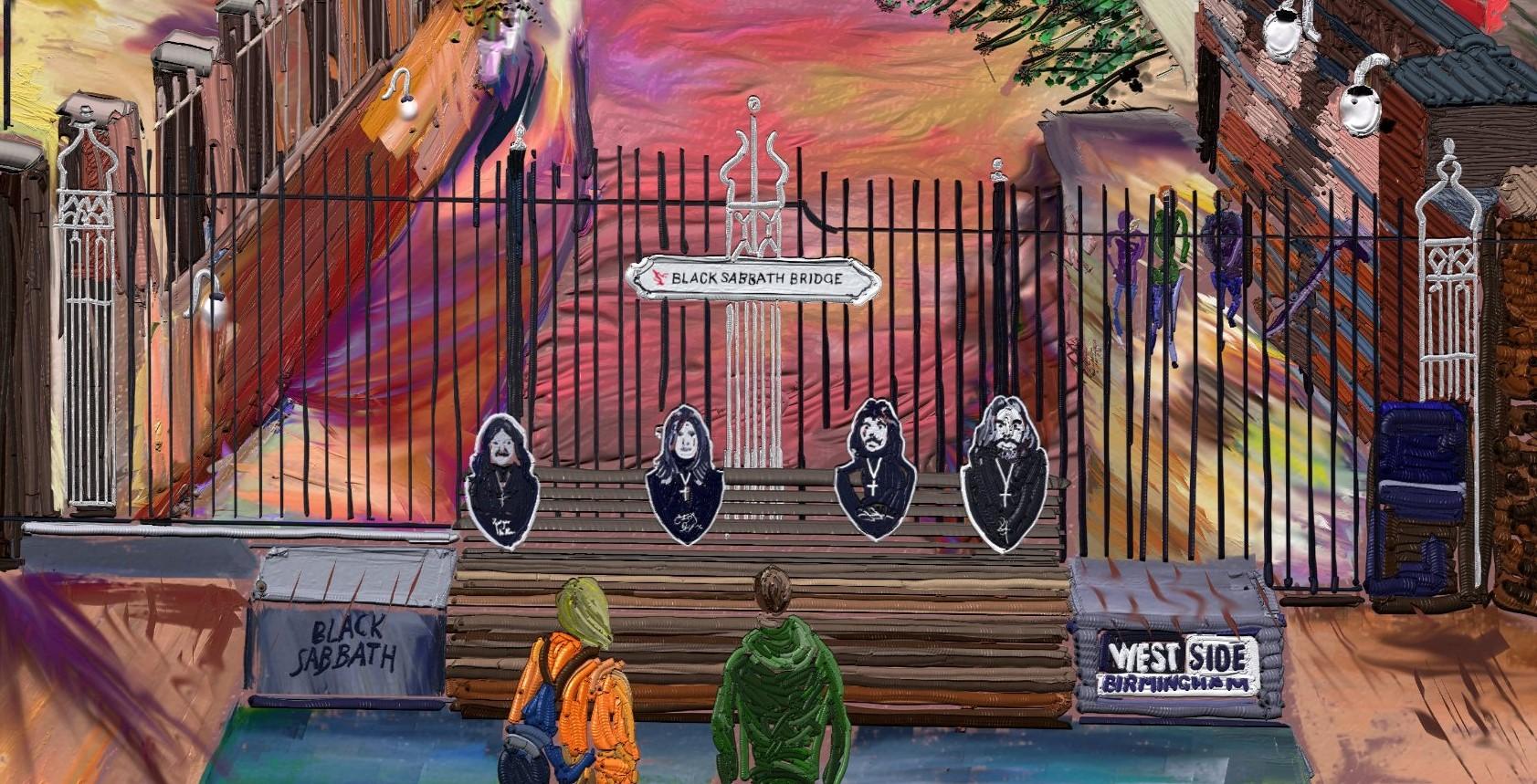 A new painting that looks down on the canal over the Black Sabbath bench on Broad Street has been created by local artist Paula Gabb.

The artwork captures the view from the Barajee Indian restaurant which lies opposite the ‘heavy metal’ bench and features visitors admiring what has become a major landmark for tourists to Birmingham.

Paula, who is also the founder of Birmingham Art Zone, has even picked out Westside BID’s logo on the right-hand side of the bench.

Paula said: “I am inspired by my passion in my home city of Birmingham, where the beauty of the historic architecture reminds me of the city’s past.

“This inspires me to capture the city streets and I take a particular interest in the history, local landscapes and landmarks.

“The Black Sabbath bench has always been one of those things that I wanted to capture in a painting and I was thrilled when it was in the view from the Barajee.

“The painting just captures everything I wanted – the length of the canal, the edge of Brindleyplace and the lovely bench which is in such a great spot on the canal bridge.”

Paula explained that her work is inspired by how the great impressionism painters captured the light of their images without detail but with bold colours.

She added: “I enjoy painting abstract art as a form of expressing the cityscape which does not attempt to represent an accurate depiction of a visual reality, but instead use shapes, colours, forms and gestural marks to achieve its effect.

“My greatest inspiration comes from artists such as Edouard Manet, Claude Monet and in particular Alfred Sisley, whose composition of landscapes gives you the sense of walking into the landscape itself.”

Painting has allowed Paula to express herself in ways that would otherwise not have been possible, due to suffering from dyslexia and verbal dyspraxia, plus being diagnosed in her 20s with macular degeneration, a painless eye condition that leads to the gradual loss of central vision.

Fortunately, the condition has not prevented Paula from her passion for painting abstract art.

The view of Broad Street is just one of Paula’s new collection of paintings that will be displayed at the Gunmakers Arms on Bath Street as part of a Birmingham Art Zone exhibition from Sunday 5 June through to August.