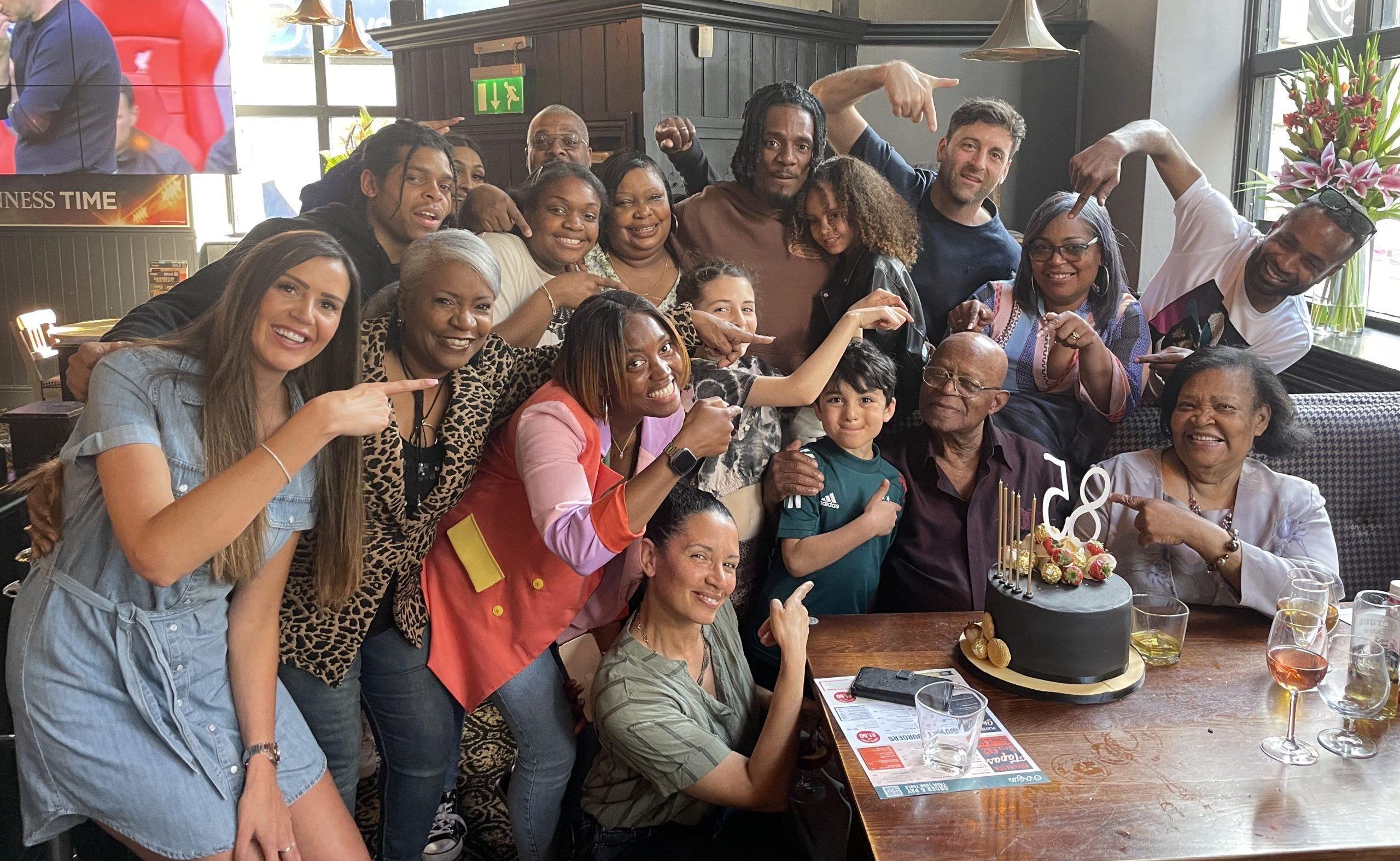 The family of a retired mechanic who came to Birmingham in the Windrush-era came up with a great surprise for his 85th birthday – arranging for him to pull a pint at his own party.

The special treat was organised by Lloyd Wilson’s daughter Elaine Weir for his celebrations at O’Neill’s on Broad Street, Birmingham on Sunday afternoon [24 April].

Lloyd was born in Saint Anne, Jamaica on 24 April 1937 and arrived in the UK’s second city aged 21 as part of what became known as the Windrush generation in 1958.

He first worked as a British Rail mechanic and then moved on to West Midlands Transport’s Tyburn Road Bus Works in Erdington, building, fitting and repairing Gardner diesel engines to the city’s buses and training scores of apprentices until he retired.

Lloyd’s wife-to-be Bernice had also arrived from Jamaica but they first met at a bus stop in Birmingham and were married on 31 August 1963 – celebrating their diamond anniversary next year.

Their first home was in Great Barr but they settled down in Lozells and proudly brought up eight children. They now have 20 grandchildren and – so far – 10 great grandchildren.

Daughter Elaine, who as business liaison manager for Westside Business Improvement District planned his party and beer pulling treat at O’Neill’s, said: “My dad’s a very funny, loving, generous and all-round genuine man, and everyone in the family loves and respects him very much.

“We wanted to make a big fuss for his 85th and because he always used to enjoy a beer in the pub in his younger days we thought we’d surprise him by getting him to pull a pint at his own party.

“We’re really grateful to the staff at O’Neill’s for letting him do that, as it brought a huge cheer and tears from everyone there. He’d actually forgotten it was his 85th birthday but was so emotional about it and had a wonderful time.”

Robert Mason, one of Lloyd’s former apprentices at West Midlands Travel, wrote a special message for the celebrations: “When I first met Lloydie it was probably 1980 when apprentices were sent to the bus ‘works’ for component strip and rebuild experience.

“At first, my work was defective, and the supervisor was ready to send me home, but Lloydie requested me to stay with him, effectively saving my bacon. He was stationed on gearboxes and was so full of knowledge and taught me a lot in the time we were together.

“He always insisted: ‘Study hard and don’t fool like the other boys on the street.’ And I remember his other fatherly advice: ‘Don’t trust no-one … except me!” Then he would burst out in one big laugh!

“Lloydie was always smiling. He would find any excuse to go for walk-a-bouts and take me with him, showing me around and introducing me to all he met. He made my stay at Tyburn Road a happy one. He is one blessed soul I have ’nuff respect for in my life. Happy birthday and God bless you, Lloydie.”

The last word comes from Lloyd himself: “I’ve had a great life here in Birmingham, enjoyed working and family life bringing up my children with Bernice. I love them all!”