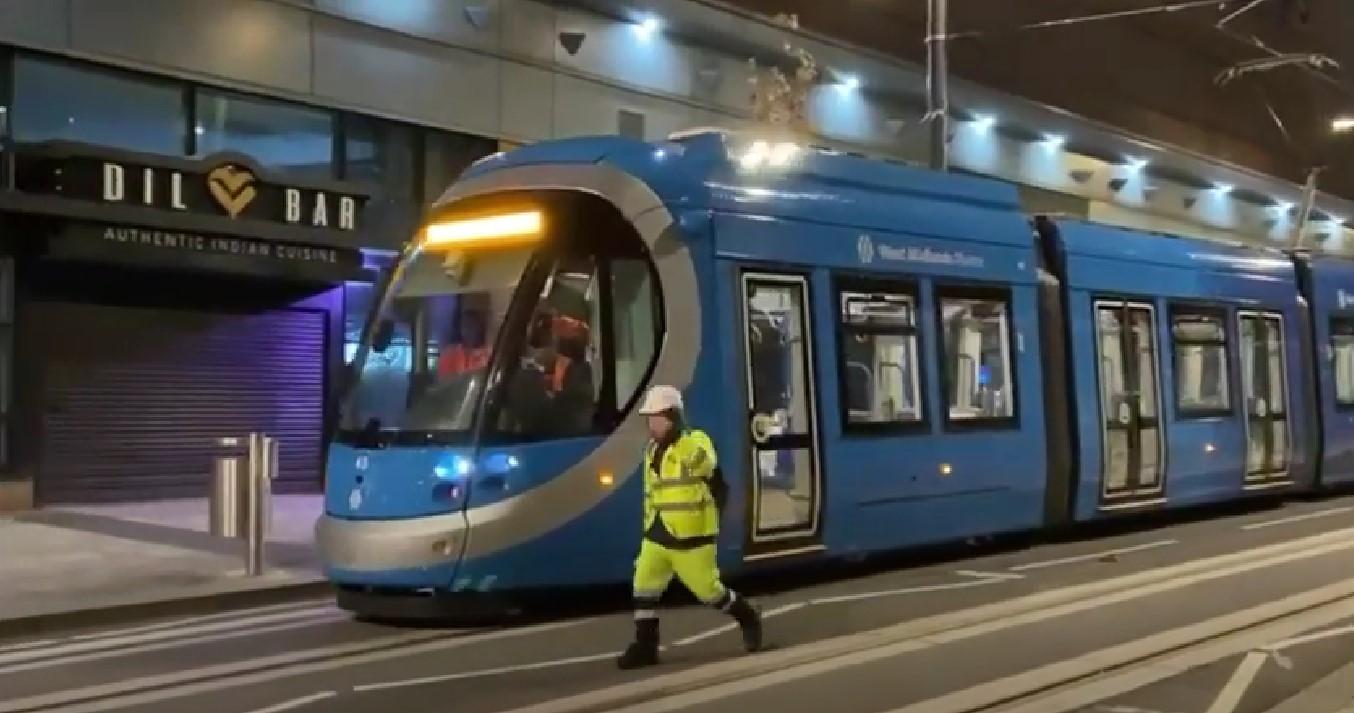 It’s not carrying passengers yet, as testing is still being carried out. But Westside business leader MIKE OLLEY is hopeful that shiny new trams will be operating up and down Broad Street in time for the Commonwealth Games.

Look up in the sky … it’s a bird, it’s a plane, it’s super tram! Yes, the tram is back into Centenary Square and onwards to Broad Street, for the first time ever.

You can’t buy a ticket yet, as its undergoing testing only. However, we are still all very much hoping that the notional deadline of getting the tram running for Thursday 28 July 2022 will be met.

That is of course the opening of the Commonwealth Games. A one off, once in a lifetime opportunity to showcase our city to the world. Can you think of a better way to do that than with a brand-new tram line, joining the city centre to Five Ways and beyond?

Watch and listen to this blog at:

I was with comedy legend Jasper Carrott a few years ago when the very first official tram came to Centenary Square. Great day that, and the tram was even named after him. A worthy and wonderful gesture.

The bit of Broad Street before the Hyatt (or Bridge Street) was renamed Centenary Square a while back. So, it’s accurate to say the tram has never travelled upon our sacred acres of Broad Street until last week.

Last week, week 14 of the year 2022 in the midnight hours, Transport for West Midlands ran their early tests of the tram. It travelled at little more than snail’s pace and the only passengers where engineers cautiously testing out the tram’s systems.

All seemed to go well, yet we say that with no real understanding of what was being measured. But ultimately, we don’t really care. Just great to see that after many years of disruption we have a shiny new tram pioneering its way up and down Broad Street. Things can only get better from here on now.