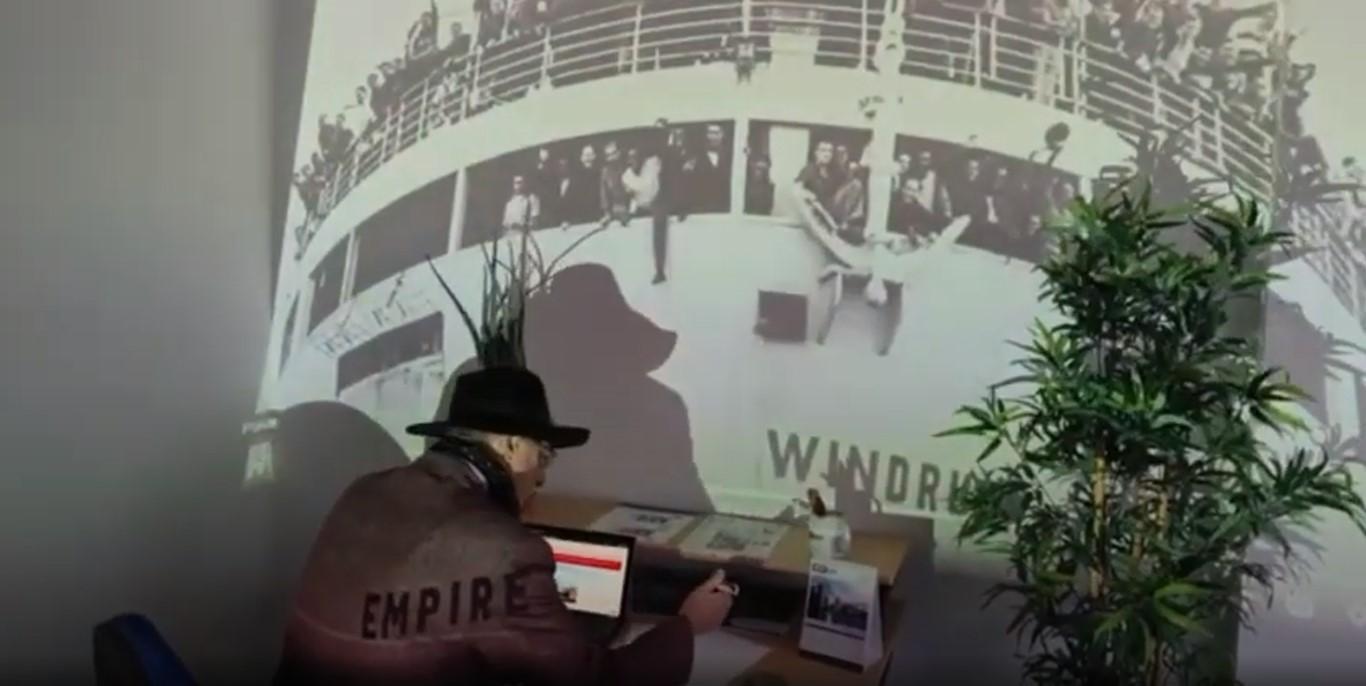 As the Birmingham Rep celebrates the vibrant reggae of the Windrush generation, Westside leader MIKE OLLEY reminds us that it wasn’t such a romantic journey.

Last week, one of the Westside BID Team, Elaine Weir, appeared at the house of the Repertory Theatre. Elaine is an astonishing vocalist. She was performing in RUSH A Joyous Jamaican Journey. I couldn’t buy a ticket, the event was sold out three nights solid.

Elaine tells me it was a wonderous occasion, she really enjoyed the event as did all the audiences. So big it up for Elaine. Yet let’s also big it up for the Rep for getting behind this. Now speaking as a white, middle-aged, middle class, heterosexual, why I am getting so excited about this?

Watch and listen to Olley’s Oracle on Windrush here:

Well, I have skin in the game. My kids are of Jamaican heritage. I can’t tell them about much of their Jamaican culture, but I do my best. One of the things I know about is the Windrush, and the symbolism it underscores for the Jamaican and wider population.

My mother-in-law, in fact, took a flight over from Kingston (she obviously was very posh) in 1958, and her hubby came on a boat, a year previous. Neither came over on the Windrush. But they most certainly are what is now known as the Windrush generation.

The poster further pictures a three-funnelled vessel, the real Windrush one had two. It also had a fore mast and a different array of port holes. None of this matters. It’s dramatic license, it’s symbolic of a really important and significant aspect of British history.

Indeed, the Windrush only ever made one journey carrying migrants from Jamaica. It set sail from Australia. As a tramp cruiser. It was far from full, so when in dock in Kingston it placed an advert in a local paper advertising cheap passage to the United Kingdom. The queue was long and they sold out.

The fare was less than half price. So why only one sell out journey? The Windrush was purposed to transport service personnel. The arrival, therefore, of 500 or so Jamaicans was not expected.

The Minister of Labour at the time was a Labour Party minister, George Isaacs MP. He strongly cold-shouldered the arriving Jamaicans and said in Parliament that similar examples would be “discouraged”. I’m sure he told no lies.

So, the arrival of the 500 or so Jamaicans in 1948 was not as romantic as some would nowadays like to think it was.

The poster for this production depicts a sleek, well-shaped, curvaceous vessel. Not so the Windrush, for it was round-nosed, stumpy and generally an unattractive ship.

The romantic image they depict on the poster is the one I prefer. But for the sake of my kids, I don’t want the truth of early Jamaican migration romanticised at the expenses of the gritty truth.

Although my wife’s parents never set foot on the HMT Empire Windrush, they are certainly of that generation. I love the romance of all that as much as I hate the hatred suffered by the early Jamaican migrants.

But as is said, “we are where we are”, room for improvement, but not so bad. I’m delighted the Rep put this production on. It sold out and it gives me an opportunity to bore others with my bit of depth around the Windrush.

I’m not a fan of George Isaacs MP, who cold-shouldered my wife’s parents. I’m glad I never followed his example and cold shouldered their daughter. I am a fan of Gregory Isaacs – the most exquisite vocalist in reggae – so yin-yang all around.

The Windrush sank in 1954. It rests at a depth of 8,500 feet at the bottom of the Mediterranean, but it lives on so vibrantly.