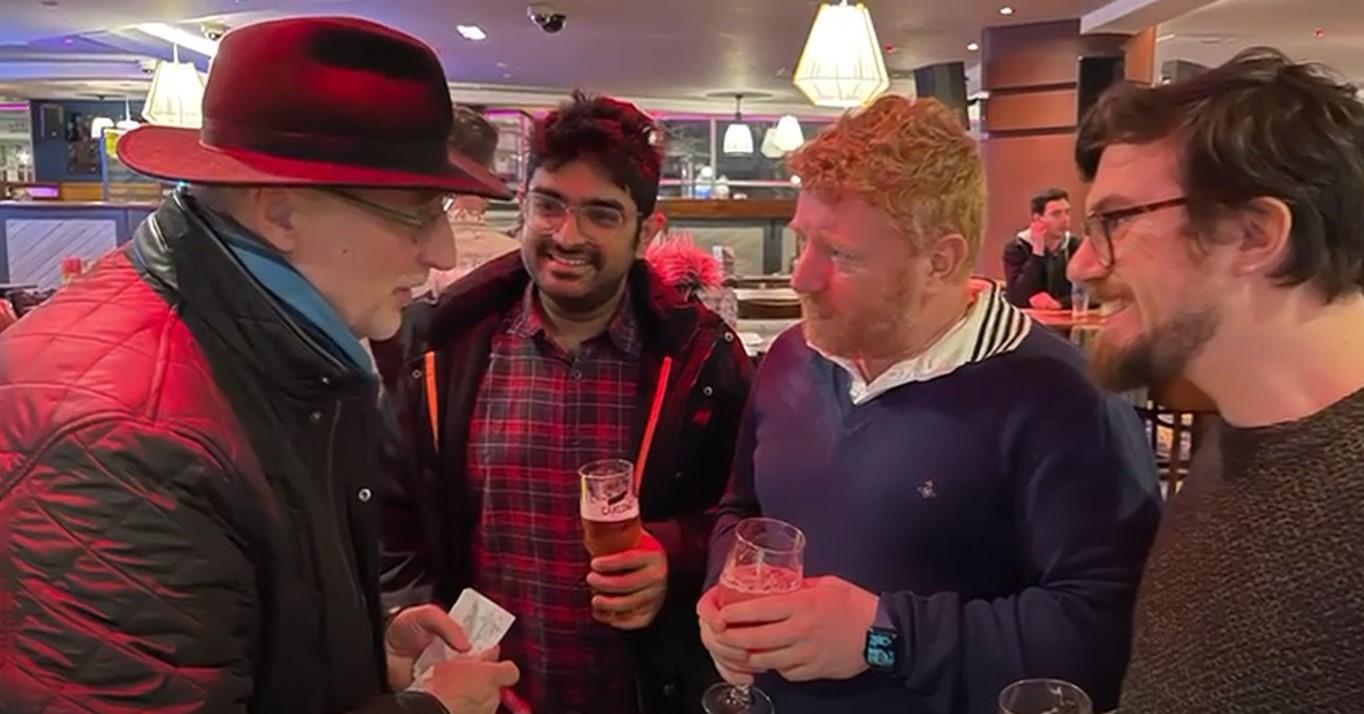 Westside business leader MIKE OLLEY welcomes one and all back to Westside after Covid … including the creative entertainers behind the Birmingham Film Festival.

Clearly life is changing as the parameters of that nasty killer plague Covid is seemingly moving away, touching less and less our lives.

Business on Broad Street and Westside is moving towards what we used to call normal, no bad thing.

I popped into The Soloman Cutler the other evening, and I met a very interesting bunch. They are the Producers’ Forum. A rather eclectic gathering of folk, meeting up after a long spell off. They chat about film and TV production covering off all aspects that genre encapsulates.

Part of the product of their endeavours is the Birmingham Film Festival (BFF). If Birmingham didn’t have the BFF, there should be a law demanding it. But we do and it’s a worthy event. Myself and Mrs Olley have and will continue to attend.

Take a look at the BFF web site: www.birminghamfilmfestival.co.uk. It’s slick and tells you loads about it. What it doesn’t tell you is the characters that make it possible. Decent hard working and massively dedicated enthusiasts. People who want to create mini masterpieces for our delight. Entertainers.

I spoke extensively to Dean ‘Crazylegs’ Williams who is a fascinating character. Not only he is a stunt man and martial arts instructor, he’s a Director of the BFF. Dean is not alone; he works with many others, all committed to excellence.

Westside welcomes back this intrepid ground-breaking bunch of social entrepreneurs as we do the many who we expect to see join us again after their Covid break. Welcome again, one and all, to Westside.