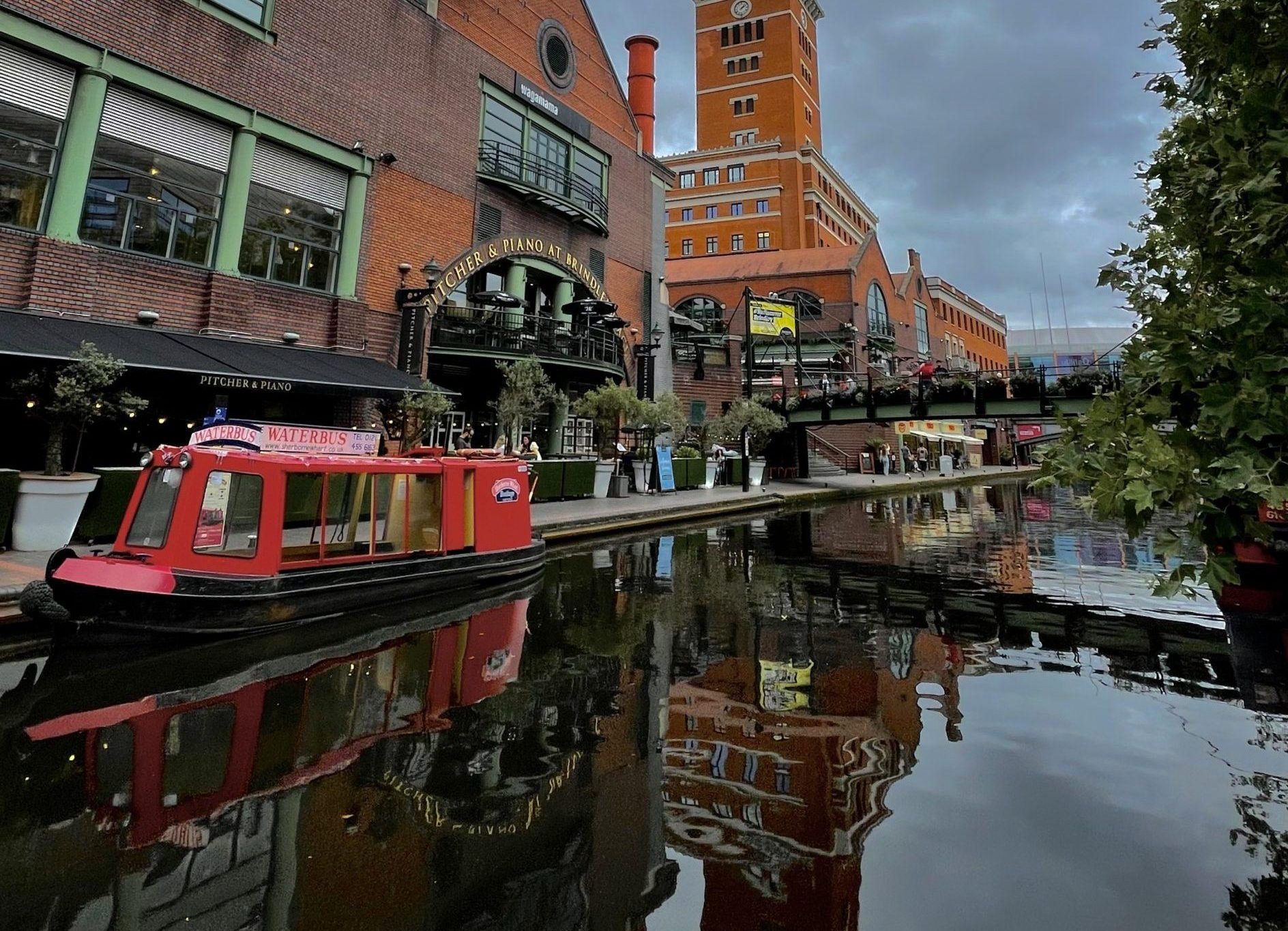 A travel-loving mum-of-two from Smethwick has been chosen as the overall winning photographer in Westside BID’s 2022 calendar competition.

Lili Lengkana sent in her favourite pictures including two colourful shots of the canal that passes between the ICC and Brindleyplace.

These impressed judges so much that they now adorn the cover and the month of August on the BID’s official calendar for next year.

Lili, aged 47, who is married to an economics lecturer, has now received copies of the calendar and the top prize of a £175 voucher to spend at Craft restaurant.

She said: “I’m so happy and thrilled to be the top winner, as I never thought my shots would be good enough.

“Once I would have loved to have my own SLR camera, but I didn’t dare to buy one, and have actually been quite satisfied with the pictures my phone camera takes.

“I therefore just call myself an Instagrammer rather than a photographer, as I am not a professional. I am just a housewife and a travel aficionado who loves taking pictures with my phone and posting them on my Instagram account @moonsilvershine.”

Lili explained that she is also a part-time freelance writer for a tourism website in Singapore and is therefore often in town taking pictures. She spotted details about the competition when she was flicking through Instagram and decided to enter.

She said: “A couple of times before, my Instagram pictures have been featured on the official BBC Midlands and Birmingham Mail/Birmingham Live accounts.

“I guess this was the reason why I had the guts to send seven of my pictures to the Westside BID calendar competition, but I never imagined that I’d win.”

Lili has lived in the UK for 12 years and is originally from Indonesia. She is now delighted that she can send a Westside BID calendar home for her family to see.

She added: “This is the first time that my amateur pictures will be on an official calendar. I will dedicate it to my mother-in-law (my own mother has passed away) and will send it to her as soon as I get it.”

Pictures from another 11 winning photographers will host other months in the BID’s calendar. Except for two anonymous entries, each month’s winner received £75 vouchers for Westside venues, and their pictures will be featured in stories next year.

Luisa Huggins, media manager at Westside BID, said: “We were pleased to see so many keen photographers get involved with our exciting competition, which will be celebrated all the year round.

“Westside is an incredibly picturesque destination so to have this captured by local Brummie photographers was great.”

▪ All pictures in this article are © Lili Lengkana. You can see more of her photography via @moonsilvershine on Instagram.