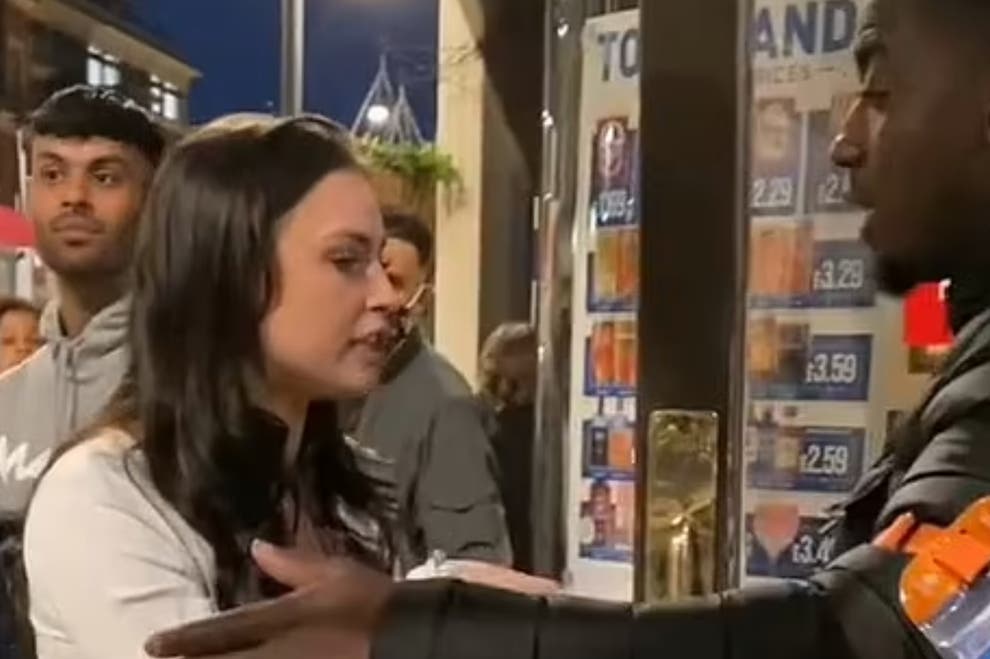 A woman who was filmed racially abusing a doorman on Westside has been locked up for Christmas.

Sharna Walker had previously admitted racially aggravated assault and criminal damage after an incident at Figure of Eight on Broad Street earlier this year.

Today (Monday 13 December), the 25-year-old from Woodhouse Close in Worcester was sentenced to 14 weeks at Birmingham Magistrates’ Court.

She burst into tears as guards applied handcuffs to her wrists.

Walker was also ordered to pay £500 compensation to doorman Tristan Price and was banned from the Figure of Eight for two years unless landlord JD Wetherspoon gives her permission to attend.

District Judge John Bristow concluded she was a “risk to the public” and the appropriate punishment could only be achieved by immediate custody.

He said: “This truly shocking language has no place in the UK and any right-thinking member of the community would be utterly repelled by it.”

Speaking after the cases, Mike Olley, general manager at Westside BID, said: “We welcome this punishment as it sends a clear message to people coming into Birmingham city centre.

“In short, racist abuse and violence will never be accepted on Westside, and we will always work closely with police to track down any offenders.

“This was no casual remark, which in itself would have been appalling. This was a sustained verbal and physical attack on a doorman calmly doing his job.

“This is the correct level of punishment which will hopefully make every person think again before unleashing unwarranted verbal and physical abuse.”