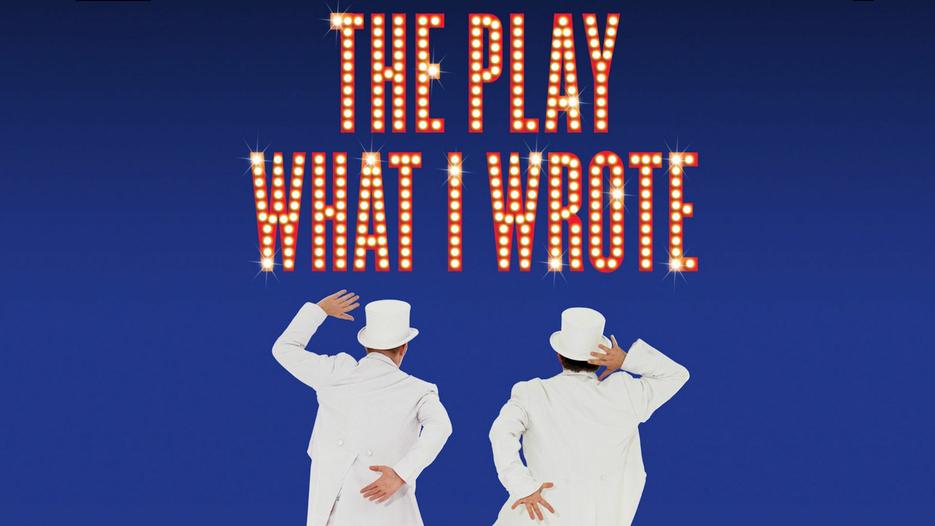 The commencement of the play was framed with a threat that the production team was in possession of an English longbow. The use of mobile telephony would not be tolerated, and offenders would be sorted out.

Well, you don’t really believe they would, do you? No spoilers from me, but I did put my phone away after an early incident!

There is not a bad seat in the impressive auditorium at the Rep. Lighting and sound is clear, and it’s such an impressive theatre.

The play is a tribute to Morecambe and Wise, which it is. Set in two acts, with the first knock-about stuff, and classic Morecambe and Wise. Like you would expect. Giving little away, however, I was delighted to see that two grown men can still share the same bed with no sexual overtones.

Comedy is of its age and Morecambe and Wise haven’t done a television show since the early 1980’s. Yet somehow the originality of the most illustrious double act ever to grace our small screens was current and contemporary.

Hence their scenes performed in a shared bed worked majestically. Not a hint of sexual intimacy was present. Just two blokes sharing a flat and a bed. Innocence and simplicity prevailed – how wonderful that in our complex, nonsensical, self-centred age of he/she/they … what?

Act one also hinted at a special guest star who would be appearing in Ernie’s play. Scarlett Johansson was mentioned. Sir Ian McKellen was most definitely lined up, we were assured. Understandably he was held up in one of the bars on Broad Street, sampling cocktails! So, no Sir Ian, and sadly no Scarlett.

Yet we did get Hollywood A-lister Tom Hiddleston. Gosh, Tom Hiddleston in Birmingham on the Rep’s stage. This is the guy I loved in the biography of Hank Williams’ I Saw the Light. Yet he probably received international acclaim for his roles in Marvel Superhero films and as Loki in the Disney TV series of the same name.

His acting adeptness is outstanding, as is his ability for self-deprecation and taking the tirade of knocks enviably dished out. He comes across as a real good sport. Which is, of course, a must if you agree to take part in one of Ernie’s plays.

The time flew by, and I was left with a resonating joy in my heart. The play runs until the first of 1 January 2022. Not to be missed. Details here: https://www.birmingham-rep.co.uk/whats-on/the-play-what-i-wrote/