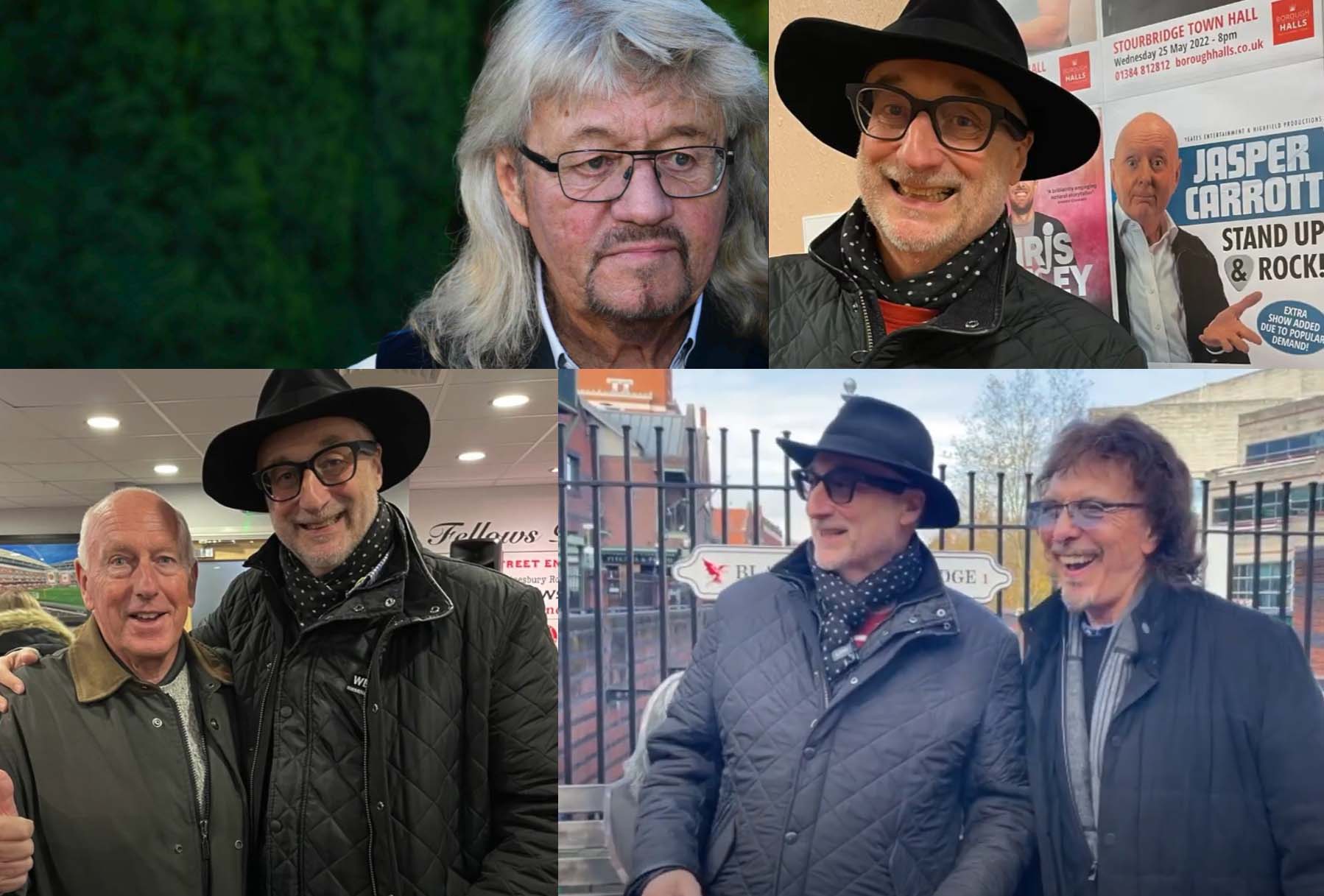 What a week that was! That’s the week commencing 15 November 2021. Westside BID mentioned in a positive and glorious manner in Parliament. This, by Birmingham Perry Barr MP Khalid Mahmood, was just the start.

I knew I would be meeting up with Heavy Metal legend Tony Iommi, of Black Sabbath. Tony was in Birmingham (as often he is) and we genuinely wanted to celebrate a fossil being named after him. He was the first Walk of Stars hero I met up with last week.

I thought it would also be rather cool for us to get into contact with Professor Mats E. Eriksson and let Tony say thank you personally. It was Mats who actually named the fossil after Tony. Gosh! Prof Mats readily agreed to that.

And may I say just how cool is Prof Mats! Cleary a clever bloke, so nice and so receptive to taking a telephone call off Tony. You could just feel him tingling with joy.

It’s probably worth saying that I have had the pleasure of knowing Tony for many years now. It’s amazing just how normal he is. A regular, delightful guy. I say that without being a particularly big Sabbath fan, (although I have just completed a play list of songs by Sabbath that sound like they are not by Sabbath – Changes, Fluff, etc).

For me, working with people like Tony Iommi and Prof Mats E. Eriksson make my job potentially the best job in Birmingham. Indeed, I think I used that line when I first got the job back in 2005. I meant it then and I mean it even more nowadays.

Yet Tony Iommi wasn’t the only Walk of Star ‘star’ I met last week. I had arranged to go see Jasper Carrott and Bev Bevan at Dudley Town Hall. Jasper and Bev, lifelong pals, had their ‘Stand up and Rock’ show on tour. I’ve seen it loads of times and its worth going again and again. So that made three stars off the Walk of Stars.

These three I had expected to see, but then a fourth. Completely unexpected. To some, perhaps not as well-known as the others aforementioned, but to me a double legend in the Midlands, Ray Graydon.

Aston Villa legend, after scoring the winning (and only) goal at the 1975 League Cup final against Norwich City. A remarkable cup final as both clubs at the time would have been in what we now call the championship.

Both went up that season, yet imagine that happening nowadays. In truth, it hasn’t happened before or since I think. Also, at Walsall FC some seasons later, Ray as manger took the Saddlers to the Championship. Under Ray, Walsall FC have never flown so high in the leagues.

As an avid season ticket supporting Walsall FC fan, I was at the game on Saturday, and he walked into the lounge I was in. Like a ferret up a pipe, I dashed over. Ray is an endearing fellow, polite and

a real gentleman. It was so lovely to see him and he really had time to chat despite, as you can imagine, numerous other fans wanting his time.

So, a great week at what I call work. It’s just pure magic and such fun on Westside.

PS: Our star videographers Gary and Paula Young of Magic Lantern Media really pressed the buttons on filming when Tony met his fossil. The resulting video already captured the attention of thousands of rock fans. You can watch it again here https://youtu.be/8tKp1vA4Brg.