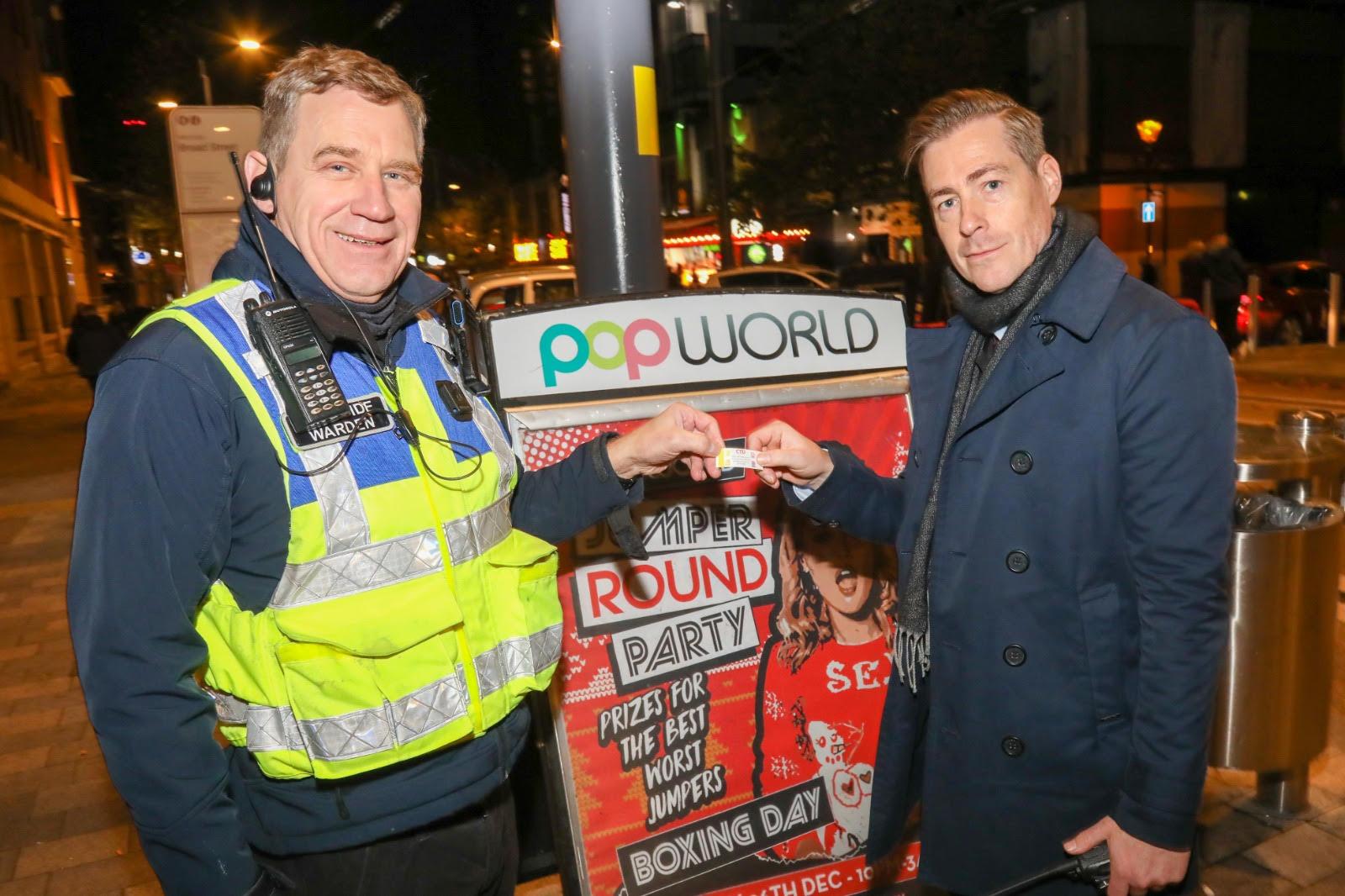 Nightclubs on Westside are being offered free testing strips to help protect revellers from the threat of having their drinks spiked.

The spiking tests have been bought by Westside BID following growing concerns across the country of club-goers having their drinks contaminated by date-rape drugs.

The spike detection strips, produced by CYD® – Check Your Drink, will be carried by the BID’s street wardens and immediately made available in the event of someone fearing their drink has been tampered with.

The move comes after nightclub managers met police, wardens and other interested parties at Velvet Music Rooms in Broad Street to discuss ways of keeping clubbers safe, including the threat from spiking drinks.

It was hosted by Edgbaston MP Preet Kaur Gill, with other attendees including representatives of the city council and University of Birmingham Guild of Students.

Matthew Symes, chairman of Pubwatch Westside, said: “Having these test strips available is another positive way we can reassure our customers that their safety is our first priority.

“Based on the current climate, all customers want to feel safe and know that we are doing everything we can to ensure that.”

Mike Olley, Westside BID general manager, said: “Our main priority is to ensure that people are safe when they visit venues in and around Broad Street.

“By buying these test strips we hope to reassure visitors that we have ways of checking whether their drinks have been spiked should they be concerned.”

CYD® – Check Your Drink uses a special strip to test for GHB and Ketamine, the two most widely used drink-spiking drugs.

Anyone who suspects they have been targeted should dab the two testing patches at the tip of the strip with alcohol from their drink. The patches will immediately turn either red or blue if drugs are detected.

Symptoms of being drugged include difficulty concentrating or speaking, loss of balance and finding it hard to move, blurred vision, nausea, memory loss, and feeling disorientated.

In such an event, the person is urged to tell someone they trust, such as a friend, bar manager, security staff or police. For more information about the testing kits visit www.checkyourdrink.co.uk.