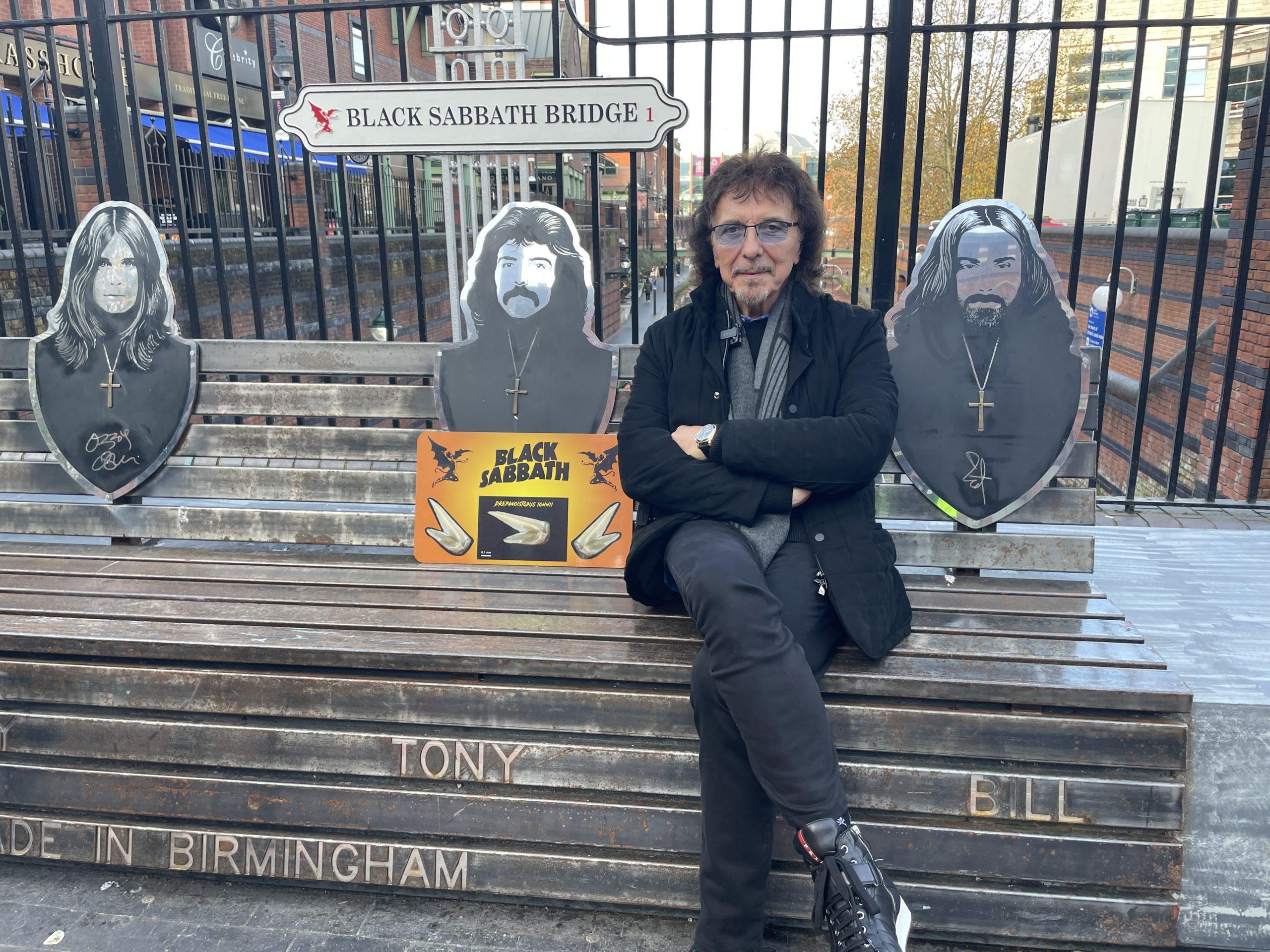 Some might already call him an old fossil, but legendary Black Sabbath guitarist Tony Iommi has now come face-to-face with a pre-historic trace of life named after him!

It comes after heavy metal-loving scientists from Scandinavia were so thrilled to discover a 469-year-old fossil in Russia that they named an entirely new species of conodonts Drepanoistodus Iommii – after their rock hero.

To celebrate the momentous occasion, Westside BID manager Mike Olley set up a surprise Facetime meeting between Tony, his fossil and palaeontologist Mats E. Eriksson on the Black Sabbath bench in Birmingham.

Tony said: “It was a real shock to hear that a fossil’s been named after me. I’ve had a bit of abuse from my friends about it who’ve enjoyed calling me an old fossil, but I think it’s great, a real honour.

“This has to be the weirdest thing that’s ever been named after me but I’m really proud of it and I wanted to thank Mats and his team in person for being such brilliant fans.”

Speaking to Tony from his home in Sweden, Mats said: “What an absolute honour it is to meet you! It’s hard for me to wrap my head around this. From our point of view, it’s to be regarded as nothing but a huge honour.

“The reason we do this is to have fun and to combine my love affairs with nature and with music. But this is just amazing. For me to publish academic papers is fun but talking to you is priceless.”

Mats, who has been a fan of Black Sabbath since he was a boy, was so thrilled by his team’s discovery that he commissioned legendary ‘heavy metal painter’, Joe Petagno, to create an honorary painting to mark the occasion.

Mats added: “I love the painting that Joe affectionately refers to as ‘Tony Iommi conjuring an otherworldly gargantuan conodont.”

The fossil is said to be from an ancient eel-like marine vertebrate known as a conodont – depicted in the painting as a giant, alien-like creature.

Mike Olley, manager of Westside BID, said: “The purpose of having Tony here with us is to celebrate the fact that he’s officially a fossil.

“I’m delighted we were able to set up the meeting and I want to thank Mats for his fantastic gesture to honour one of Birmingham’s greatest rock heroes.”