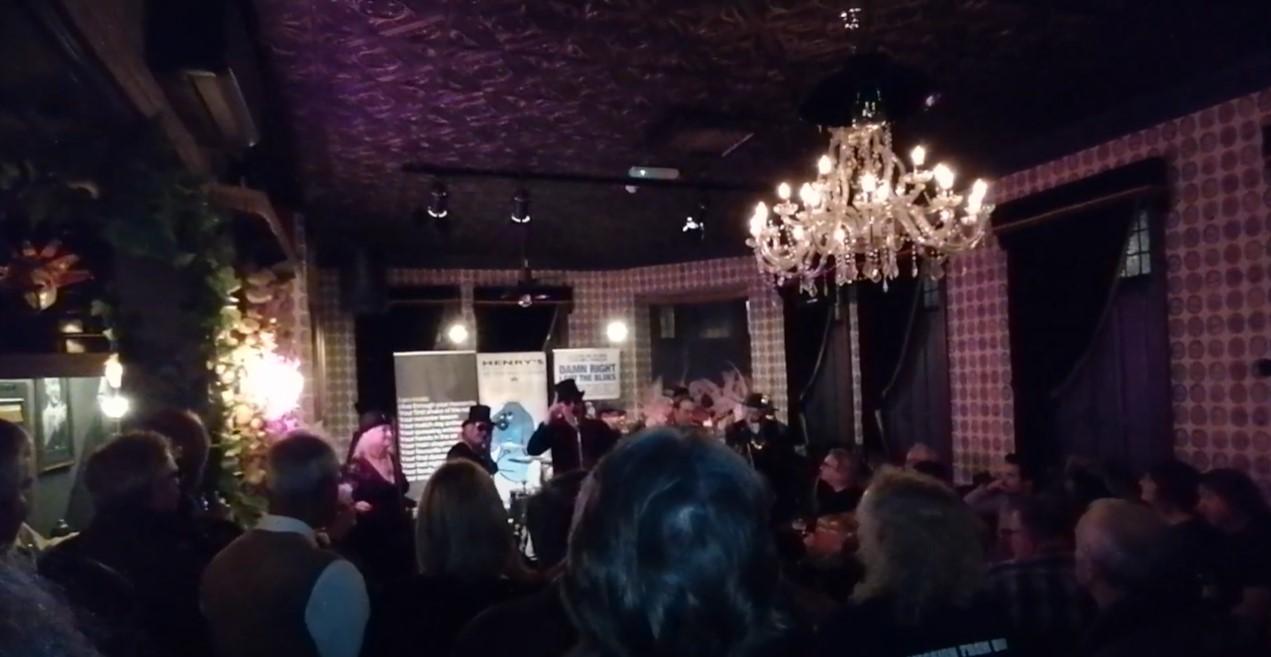 It was a case of ‘following in your father’s footsteps’ as a New York blues band made a special trip to Birmingham to perform at a Westside venue.

The Hitman Blues Band, which went down a storm at Henry’s Blueshouse in the city, was founded in the ‘Big Apple’ by Russell ‘Hitman’ Alexander.

And Russell was particularly keen to perform in Birmingham because his musician dad Ray Alexander had been a regular visitor in the 1990s as part of the Birmingham Jazz Festival.

The Hitman Blues Band played at the Bull’s Head in Bishopsgate Street, off Broad Street, as part of the regular Henry’s Blueshouse nights.

The stage had to be specially extended to accommodate all ten members, which included two female backing singers.

Jim Simpson, who runs Henry’s, and is organiser of the Birmingham, Sandwell and Westside Jazz Festival, said: “It was a fantastic show, absolutely stunning, and a reminder of why I got involved in music in the first place.

“The band consists of ten top-class musicians and singers who are doing it just like it should be done.”

Jim said the show came about after he received a phone call from Russell, who founded The Hitman Blues Band in 1989.

“His dad was Ray Alexander who became part of the jazz festival for many years in the 1990s.

“They just wanted to play in Birmingham because Hitman’s dad used to play here and must have told him about it.”

The band, which has been on a three-week UK tour, clearly enjoyed their Birmingham debut as seven of them bought Henry’s t-shirts to take back to the States.

Added Jim: “They loved it and clearly had fun, and the good news is they will be returning for next year’s jazz festival.”

Ray Alexander, a jazz drummer and vibraphonist, played on legendary singer Peggy Lee’s album, Beauty And The Beat. He passed away in 2002 aged 77.

The Birmingham. Sandwell and Westside Jazz Festival will be back for a 38th year from July 15 to 24 next year. For advance information visit www.birminghamjazzfestival.com