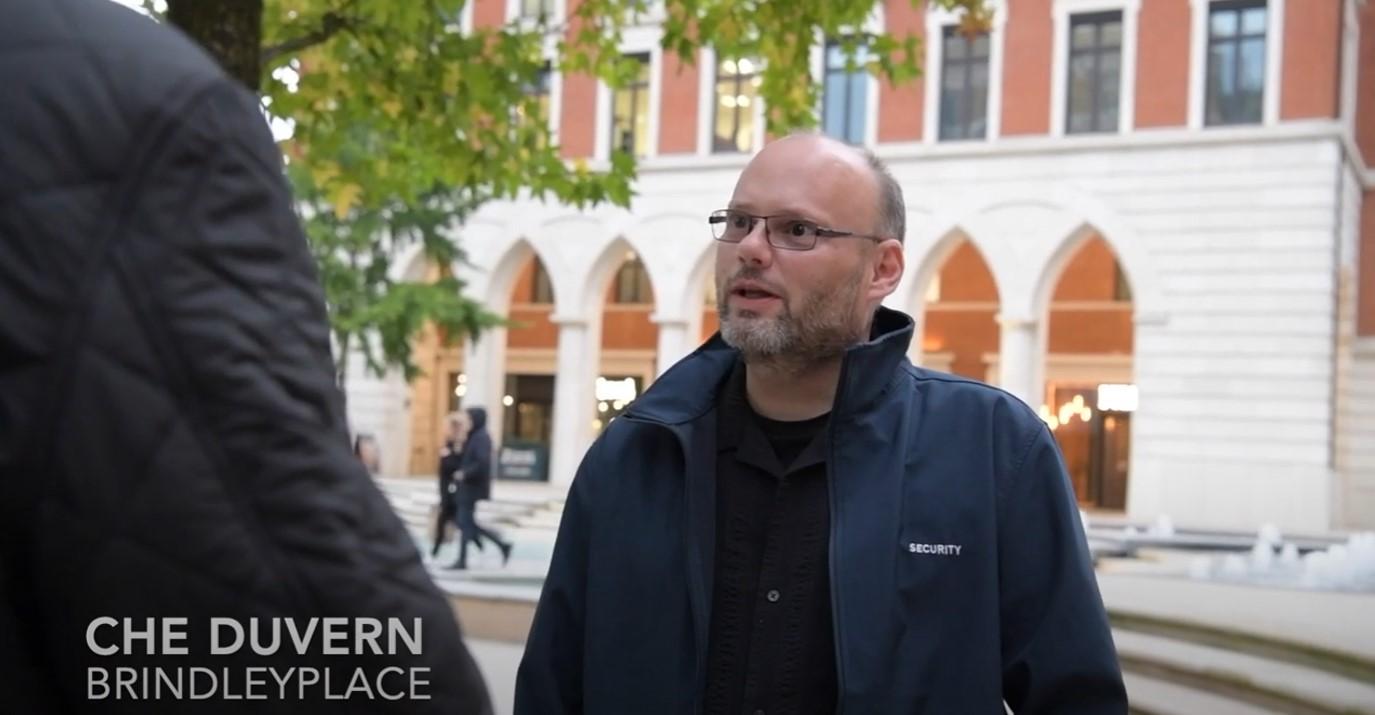 Westside BID leader MIKE OLLEY describes how security in Birmingham has changed over the decades and introduces us to the security team at Brindleyplace.

I recall sitting outside the Slug and Lettuce in Brindleyplace on a beautiful summer evening way back in the 1990s.

I spotted what I now know to be a Brindleyplace security officer go by. I recall thinking: “What’s that bloke doing?” This was more than 20 years ago, and life was quite different then, with door supervisors, sure, but patrolling private security? Very strange!

I concluded after a bit of thought that: “Well, at least he would get a call off to the police if there were any problems.” Roll forward to 2021 and for close to two decades I’ve been working with the men and woman at Brindleyplace security. A good bunch.

Nowadays I understand fully what they do. In many respects they are the unsung heroes of Brindleyplace. They keep it safe, really safe. When things get a little messy, they step in to calm matters down.

We are going to meet Che Duvern shortly. He is in charge of the security at Brindleyplace. He has been around longer than me, and amazingly appears to get no older. But as you will see, he is a lovely fellow. His heart is in Brindleyplace and there’s no doubt his infectious passion spreads readily across the entire security team.

Their work is largely hospitality and guiding, reassuring the public. Yet I must tell you a swift story or two. Some years ago, and I saw this on the CCTV, a small fire started outside one of the clubs on Broad Street, close to one of the hotels.

On the video you can see the smoke as the fire takes hold, it’s clearly dangerous and getting out of hand. All of a sudden, a car pulls up, this bloke jumps out, takes a look and disappears. He reappears in seconds with a fire extinguisher in hand (from the hotel). With the extinguisher he proficiently puts the growing fire out.

He was literally just driving past (in the days you could drive down the length of Broad Street). He returns the empty fire extinguisher to the hotel, jumps in his car, and drives off. No heroic bow, no by your leave, just drove off into the morning’s awakening glory.

It turns out he was one of the Brindleyplace security officers, Martin Hutchinson. I didn’t recognise him on the CCTV as he was out of uniform. He was so calm and so competent. A delight to witness. Yet you know, those actions of Martin actually characterise the whole team at Brindleyplace.

I recall another day, recently this, when I found a body in the canal (a terrible loss of life). We called the police and they asked us to set up a cordon to restrict people walking the tow path. It was just me, a police sergeant and one of our BID wardens. We immediate radioed Brindleyplace security and got reinforcements. We all looked after the perimeter whilst the blue light teams sorted matters out.

Just a couple of examples of the sterling work Brindleyplace security undertake, that the public don’t get to see.

Let’s be frank, all we want to do is go out and have fun or get on with our work, get on with our lives without complications. The gals and guys of Brindleyplace security let that happen, nice and so smooth.

Watch the video version of this blog and you can listen to the boss, Che Duvern, and Marco Vukovic, who I think is the longest serving member of the team. I hope you enjoy meeting them!