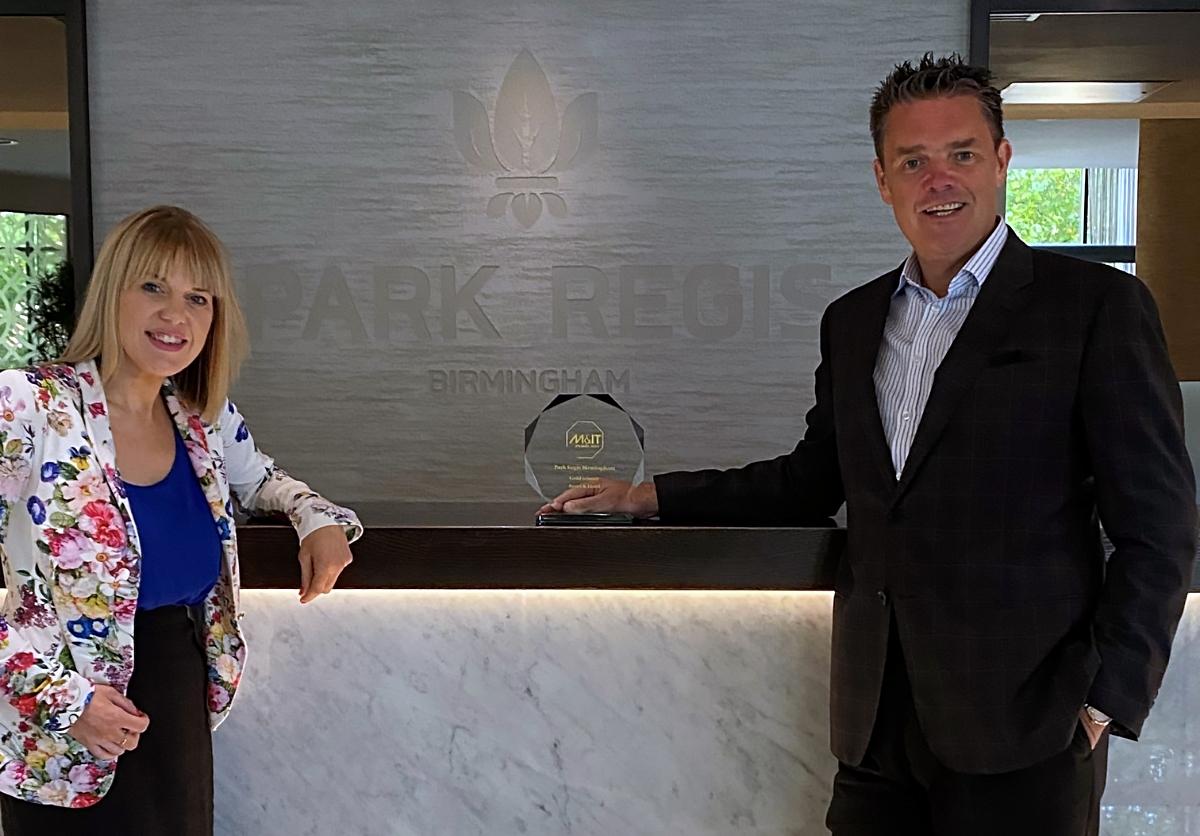 Broad Street’s Park Regis Hotel has been hailed as the Best UK Hotel at the prestigious M&IT Awards 2021.

The awards, organised by Meeting & Incentive Travel magazine, were announced in a ceremony at the Battersea Evolution earlier this month.

Park Regis Birmingham opened its doors in 2016 and has since established itself as one of the city’s top luxury hotels.

John Angus, managing director of Switch Hospitality Management Group, which runs the hotel, said: “This is a fantastic achievement for Park Regis Birmingham – to win Best UK Hotel is true recognition for our amazing team.

“I would like to congratulate all of the finalists – The Celtic Manor, Chewton Glen, The Belfry Hotel & Resort, Cliveden House, Four Seasons Hotel Hampshire and Hope Street Hotel Liverpool – to thank our wonderful team and, of course, our fantastic clients.”

The M&IT Awards are widely seen as the most glittering event of the year for the hotel industry. The ceremony brings together all sectors of the industry to reward excellence in service, and the awards are completely independent and voted for by customers.

Mike Olley, Westside BID’s general manager, said: “Park Regis Birmingham is a real jewel in Broad Street’s crown and the hotel plays such an important role in the life of Westside.

“We’d like to congratulate John Angus and the whole team at Park Regis for their well-deserved success.”

For more information about the Park Regis Hotel visit: www.parkregisbirmingham.co.uk