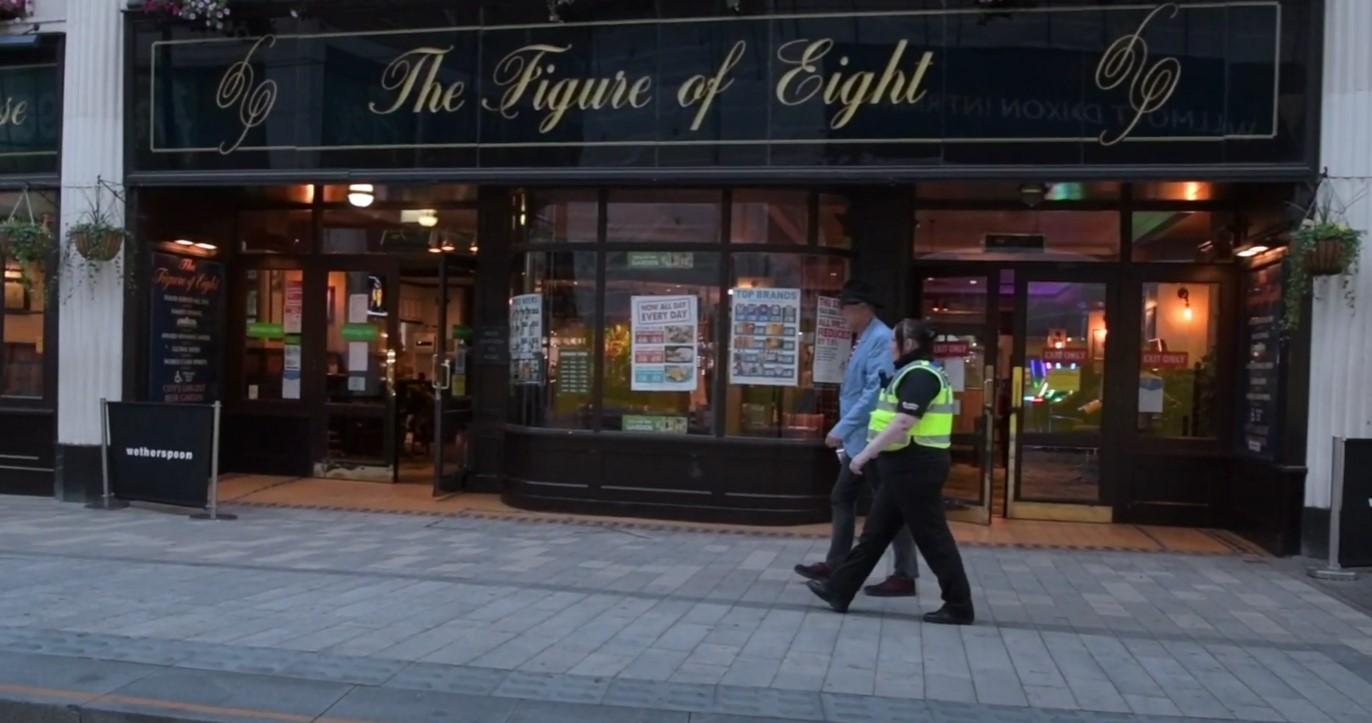 While most nightlife visitors are ‘sober, mild mannered and behave impeccably’, Westside business leader Mike Olley explains how the area is well-equipped to deal with the odd idiot.

We have many things to be proud about in Westside. Consider the dynamics of running an area like Broad Street, Brindleyplace and Broadway Plaza. All rammed full of people enjoying themselves. And doing what people do, when they enjoy themselves!

Now I going to say something that will surprise you, indeed some will even think I’m only saying it as it’s part of the job to say something like this. Well no, I say this because it’s true. Indeed, if you doubt me, go look for yourself.

What I would say is: “The overwhelming number of people who visit Westside are very sober, mild mannered and behave impeccably.”

If you doubt me go look, go stand or walk around at 2 o’clock Saturday into Sunday morning, and you’ll see it’s true. I’m not saying that we don’t get the odd idiot who wants to play up; make a fool of themselves; is drunk, very drunk; make a few inappropriate gestures; or frankly is downright vile and violent. Of course we get those sorts, as does Wimbledon, Royal Windsor Racecourse and the odd family wedding.

But the experience of a night out in Westside for hundreds of thousands of people each and every year is wonderful. The Daily Mail and other national and regional newspapers send down photographers to capture those odd moments that lack sobriety. It’s not the most exacting job for such photographers, but I do know sometimes they can spend a whole evening with zero or disappointing results.

I would like to wish away the idiots, but we cant. But we manage them and manage them well. We do this between our street warden team, the City Pastors (currently on furlough), the police, and, of course, our door staff. We have hundreds of door staff – often called bouncers, but that really is a silly name. Maybe when I was a lad, thirty years ago, it was appropriate, but nowadays no. You call them as you will, but for me its door supervisors, doorman, door staff. That sort of thing.

Last week, we had a bit of a night out at the Figure of Eight. We attended as we wanted to celebrate one such doorman. Tristan Price. He exemplified to the nation just how well door staff do their work. You may recall he was allegedly verbally and racially assaulted by a 25-year-old female who is accused of freely using abusive words to describe his ancestry. He handled the situation, and on Thursday the National PubWatch organisation celebrated that. Now that is reflective of Westside. Well done Tristan, you did yourself proud, you do your profession proud and you do Westside proud.

▪ Sharna Walker, 25, of Worcester, has been charged with racially aggravated common assault following an incident outside The Figure of Eight, on Broad Street, on 22 May. She was also charged with assault, criminal damage and a public order offence. She is due to appear at Birmingham on 29 September.