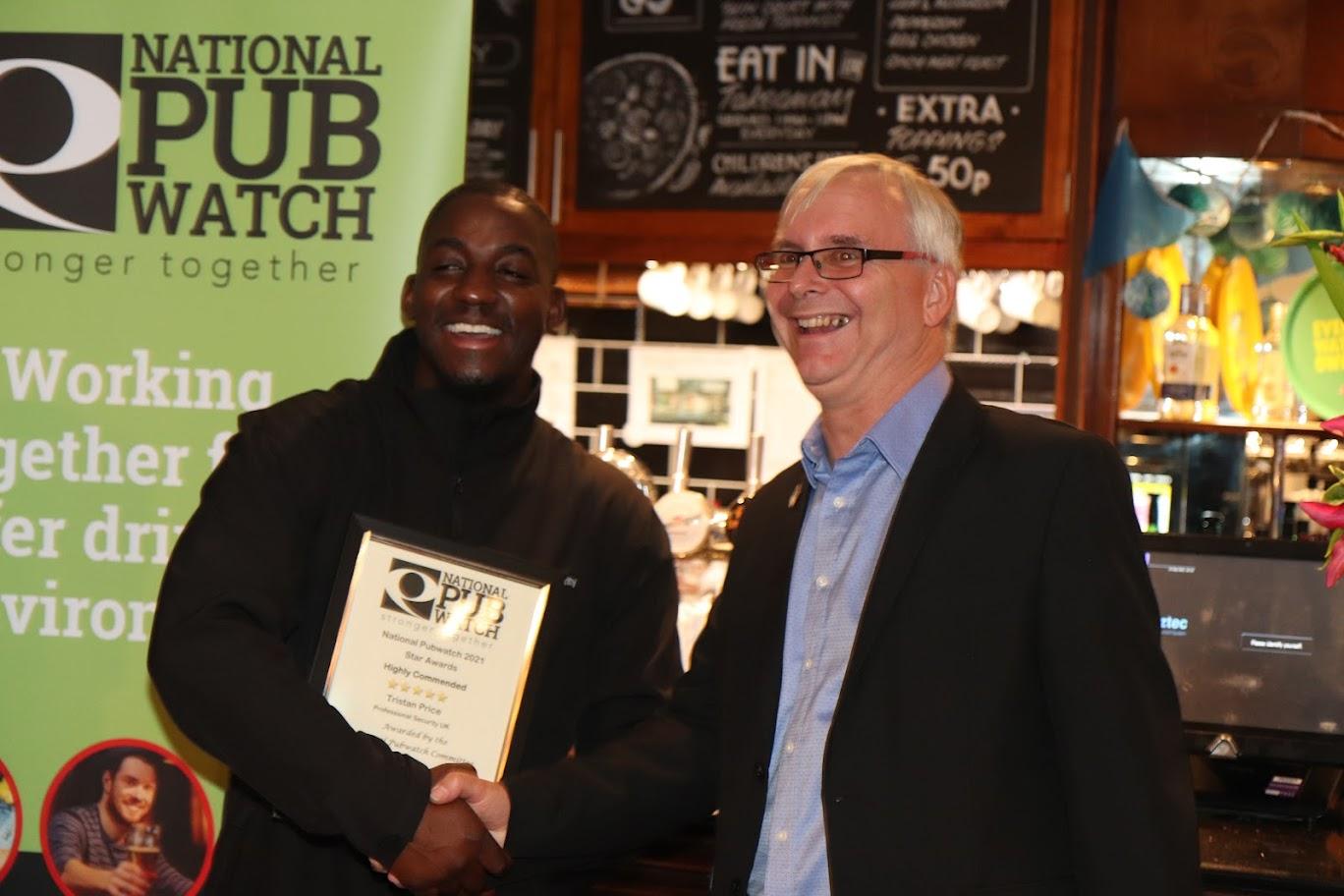 The door supervisor subjected to an alleged barrage of racial abuse outside a pub on Broad Street, Birmingham, has been recognised for his professionalism by National Pubwatch.

Tristan Price, 26, who works for Professional Security, has been awarded the Star Award for the “professional and calm way” he handled the reported incident at the Figure of Eight pub on Broad Street in May this year.

Tristan said: “I wasn’t expecting an award, so it’s come as a lovely surprise. Fortunately, I haven’t experienced a lot of racial abuse while working, so it came as a shock.

“But the best way to manage situations of this nature is to not rise to the bait and just do your job as well as you can, which is to keep people safe.”

Trevor Pepper, West Midlands representative for National Pubwatch, explained that Star Awards are only offered to those whose outstanding work supports the nighttime economy.

He said: “Tristan is an outstanding role model and richly deserves this award. It was very upsetting to watch the video of the [alleged] abuse he had to endure and I’m glad that the female perpetrator is facing charges. He really is a star!”

In addition to his weekend door supervisor duties, Tristan is also a personal trainer having won two British power lifting championships in 2018 and 2019.

Mike Olley, general manager of Westside BID, said: “Tristan’s calm response to this incident is a great example of the professional staff we have working on Westside and we are very proud of him for receiving this award.”

▪ Sharna Walker, 25, of Worcester, has been charged with racially aggravated common assault following an incident outside The Figure of Eight, on Broad Street, on 22 May. She was also charged with assault, criminal damage and a public order offence. She is due to appear at Birmingham on 29 September.