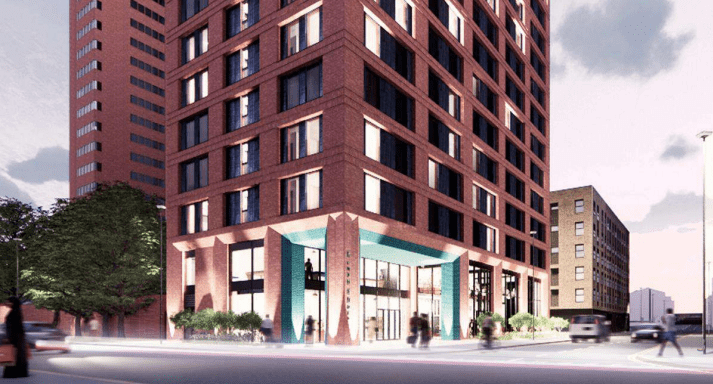 A proposed new development is set to create scores of jobs and further enhance the ‘golden mile’ of Birmingham’s main entertainment district.

Plans are underway to build a new 12-storey aparthotel on the site of the former Lee Longlands furniture store car park at the junction of Tennant Street and Granville Street, just off Broad Street in the Westside area.

The Lead Works development will comprise a total of 198 apartments together with a bar, restaurant, lounge and additional amenity areas.

It is being developed by the Soller Group, which is expecting the approval of planning permission from Birmingham City Council towards the end of the year.

Construction is then anticipated to take between 12 and 18 months, with the first apartments hopefully ready for occupation by late 2023 or early 2024.

Nick Treadaway, founder and CEO of the Soller Group, said: “Once completed the aparthotel will provide new accommodation within easy reach of New Street Station, The Bullring and the city centre.”

Mike Olley, general manager of Westside BID, said: “We would welcome this new development and look forward to working with the Soller Group once this is approved and under way.

“The great news, assuming it all goes ahead, is that this will provide jobs for scores of construction workers during the build and then for dozens of staff once it opens.”