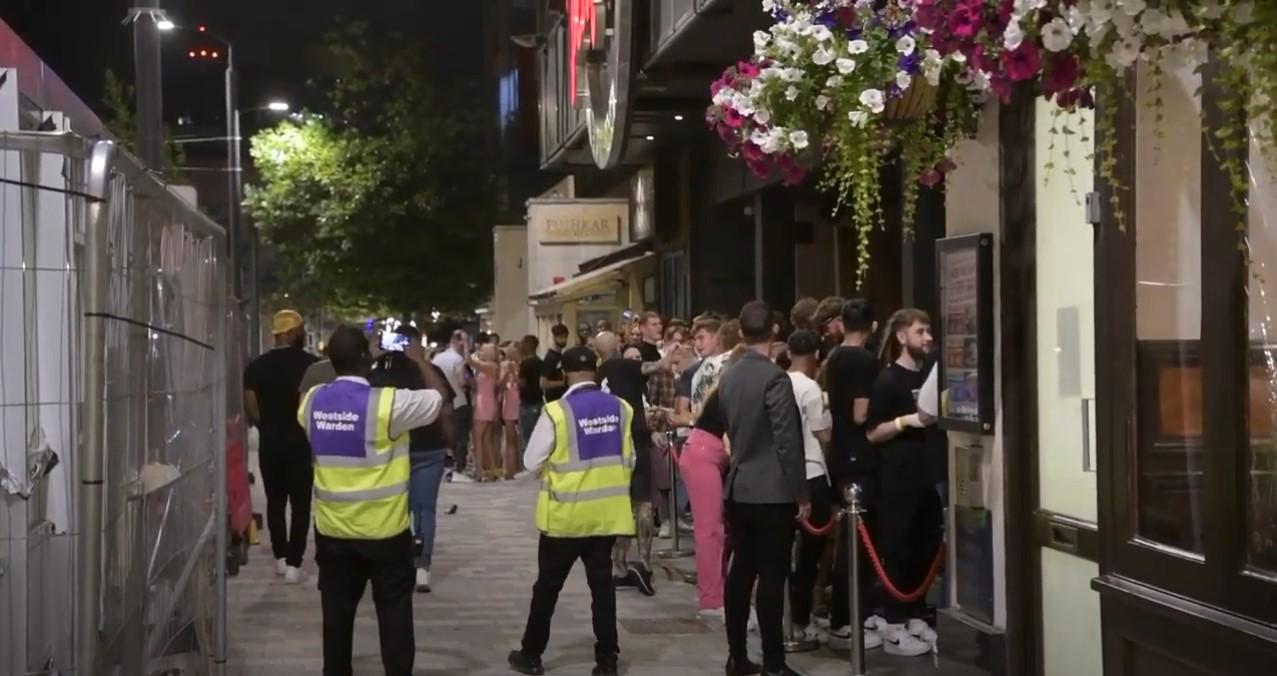 The moment when partygoers were finally able to dance the night away at Broad Street’s nightclubs was captured on video at midnight last night.

Westside BID videographer Jas Sansi was filming on Birmingham’s ‘golden mile’ as clubbers queued as they waited for the final pandemic restrictions to be lifted.

As the clock struck 12, the cheers of largely young crowds of visitors resounded up and down Broad Street, the music started blaring and dancefloors came alive again.

Nightclub leader Jonathan Codona, the co-owner of Players Bar, said: “It’s great to be back.

“It’s been a long 18 months where people haven’t been on our dancefloors. Our businesses have had to repurpose as best as we possible could, and all for good reasons.

“But this area is all about partying, it’s all about nightlife. It’s all about people getting out there and enjoying themselves. It’s nice to be back and to have people dancing again.”

There were mixed feelings from nightclubbers themselves, with some relieved that restrictions had been lifted and others saying they felt it might be a little too early.

But all those interviewed were clear on one thing: they were keen to start enjoying the nightlife on Westside again, carefully dancing and having the late-night fun they have waited so long for.