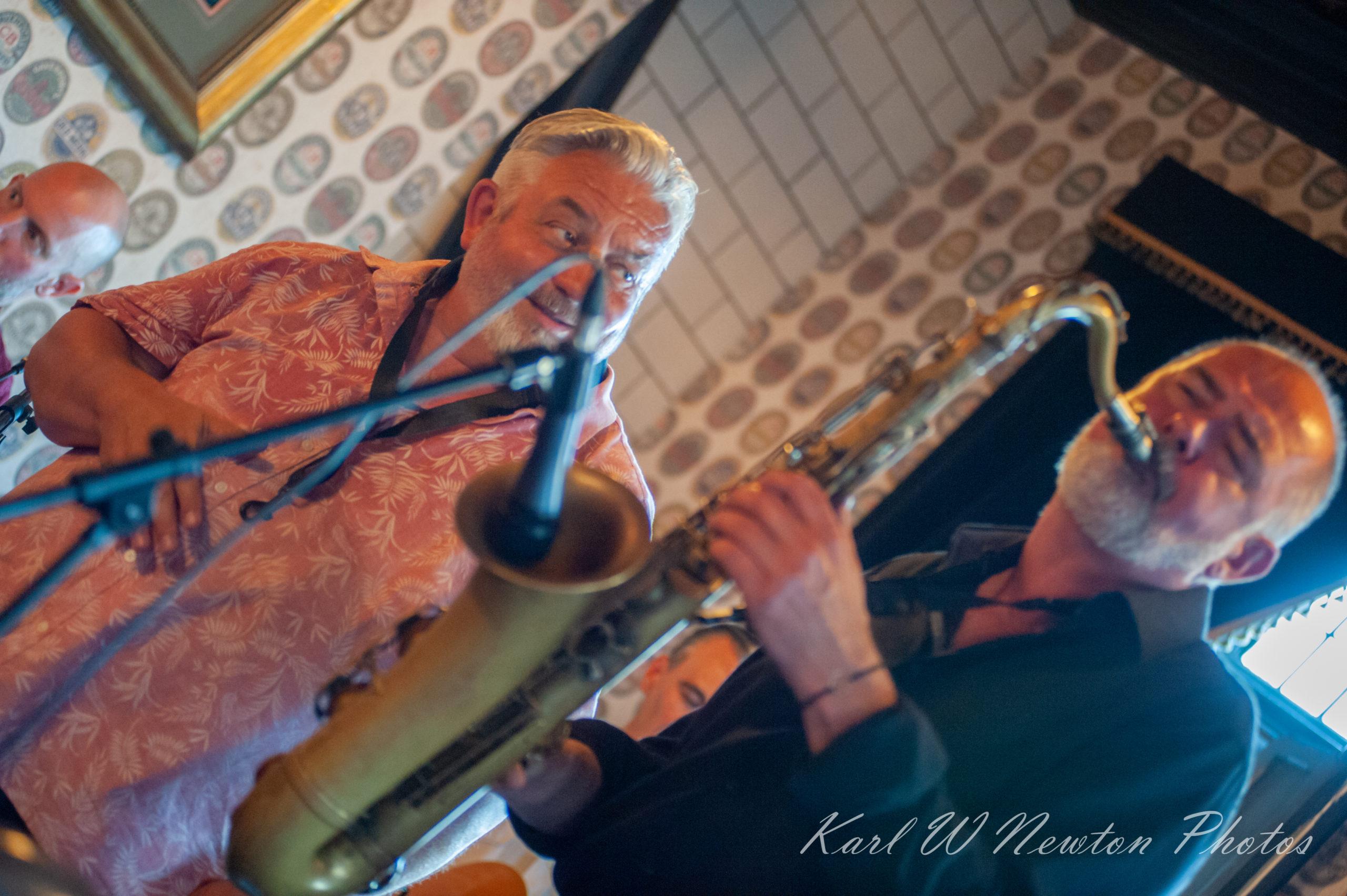 It was the most exclusive of gigs as Birmingham-based swing masters King Pleasure & The Biscuit Boys played to a tiny audience.

The band, which has been performing for around 30 years, is going back on the road after the country finally emerges from COVID lockdown restrictions.

But as they hadn’t performed together since March 2020, King Pleasure & The Biscuit Boys were invited to play a secret concert to familiarise themselves with their programme.of music.

In stepped The Bulls Head in Bishopsgate Street – home to Henry’s Blueshouse – to provide the intimate setting in a small upstairs room at the pub.

And just a dozen people were lucky enough to attend the behind-closed-doors performance in stark contrast to the band’s last appearance on Broad Street when they opened for blues legend B.B. King at Symphony Hall.

Henry’s Blueshouse founder Jim Simpson said: “I didn’t actually tell anyone about The Bulls Head show as word would have spread, crowds would have turned up and we would have had to cancel. As it was, they played to 12 people – a memorable night!”

He added: “It’s been a tough old time for musicians in general, but particularly so for a band who have been consistently on the road for more than 30 years with something like 6,000 performances under their belt.”

The intention was for King Pleasure & The Biscuit Boys to simply play through their set to an empty room. However, the rehearsal happened to be on a Tuesday, when Henry’s Blueshouse On Record was in full swing downstairs with a session dedicated to the swinging sounds of blues from Kansas City, Missouri.

As a result, a few very surprised blues fans found themselves blown away by a surprise set from the Kings of Swing.

Henry’s Blueshouse has been a regular feature at The Bulls Head since March 2019, every Tuesday from 7pm. It originally opened in 1968 at The Crown in Station Street but closed a few years later.