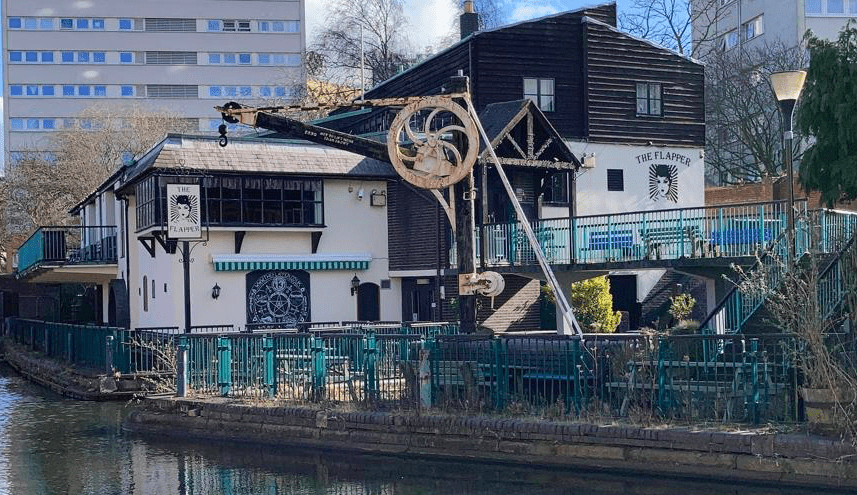 The Flapper is set to reopen its doors later this month after it was saved from demolition thanks to public support and financial assistance from Westside BID.

The independent venue located on the canalside off Kingston Row, just down from the Malt House, was popular for its live music and events until it closed in January 2020, seemingly for good.

With plans to turn the space into flats, the pub was destined to be bulldozed before being brought back from the brink.

Now the doors will reopen Wednesday 21 July and the pub will be a family-run venue “by Brummies for Brummies.”

Samantha Campbell-Whyte, who owns The Flapper, said: “When we closed in January 2020 everyone thought that was it, that the venue would never open again. I’m thrilled to say that’s not the case.

“The resurrection of The Flapper is so important for independent bars and grassroots music venues, as it shows that not all sites earmarked for demolition actually go ahead.

“Since The Flapper was saved from demolition we’ve been in talks with the landlord about her future.

“The pandemic hit and the brakes were applied – it was touch and go for while. But now, after months of much needed renovations and conversations, we are looking to re-open in July.

“I could never really let go of The Flapper. I love the venue too much – she means everything to me. Now she’s back I’m making sure she never faces any threat ever again. The business is still family run, with the added bonus of my husband, Noel, joining the team.

“We’re just so excited to open the doors and serve Birmingham and beyond again with great drinks, great music and great live shows.”

The Flapper’s extensive renovations include an improved roof, interior and canalside beer garden, with new tables, more plants and extra lighting. It still has the famous Grade II-listed crane by the water and a vast balcony overlooking the Cambrian Wharf basin.

Ms Campbell-Whyte added: “We think The Flapper’s new look will be well received, but she remains the same rock and roll venue that people know and love, with live gigs hopefully returning by October”

Originally built in 1969, the pub was called The Longboat before being taken over by The Firkin brewery in the 90s and named Flapper and Firkin. In 2007, Sam took over the business and the venue became known simply as ‘The Flapper’.

Westside BID helped The Flapper’s survival will a £5,000 grant from its business recovery fund.

Mike Olley, general manager of Westside BID, said: “We were very happy to offer financial help to The Flapper and we are excited that it’s now due to reopen.”