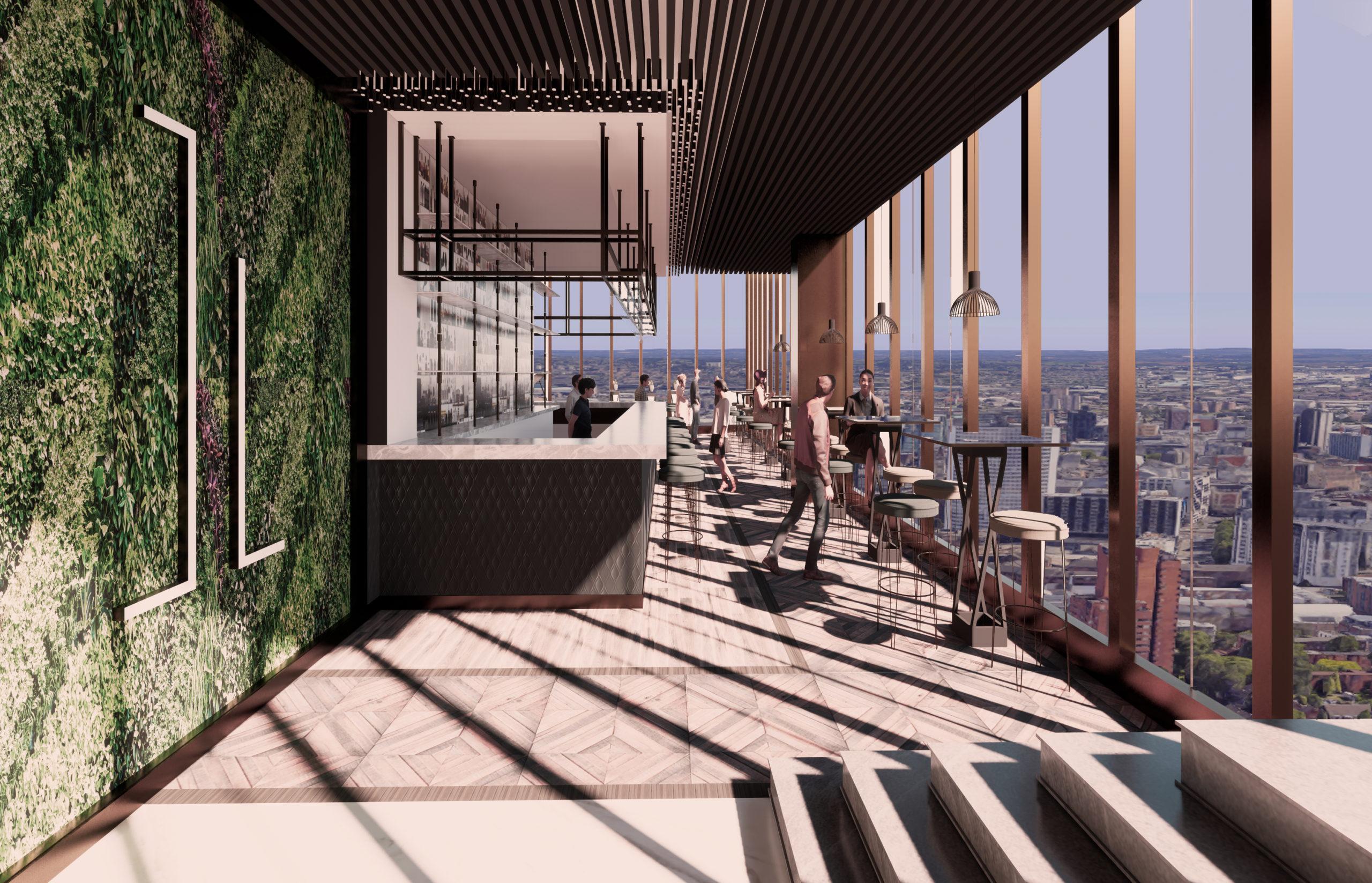 The skyline on Westside is set to be transformed with an eye-catching addition to the landscape of Broad Street – if it can be sold.

Land at 100 Broad Street, which was previously occupied by the Centennial House office block, is earmarked for a 61-storey mega tower comprising 503 apartments with a roof-top bar and restaurant.

With a sale price of £18 million, the 0.63 acre site must surely be one of, if not the most expensive, pieces of real estate in the city.

Once erected, with a proposed completion date of 2024, the 633-foot structure would become the tallest building in Birmingham, eclipsing the 499-foot BT Tower in the Jewellery Quarter which has held the title since 1965.

The new mega tower development at 100 Broad Street, which lies at the corner of Ryland Street, has been granted full planning permission by Birmingham City Council since the site was acquired.

The landmark scheme, which will dominate the city’s skyline and be seen for miles around, is being sold by Euro Property Investments. It was designed by Glancy Nicholls Architects, based in the Jewellery Quarter.

Once built, the 503 apartments will be divided into 224 one-bedroom and 279 two-bedroom properties.

The mega tower will also accommodate a two-storey pavilion building with services for residents such as a lounge, gym, cinema and games room, while other facilities include secure storage for around 250 bikes.

Westside BID general manager Mike Olley said: “This new development will be an amazing addition to the Broad Street area.

“It represents a great vote of confidence in our city with Birmingham hosting the Commonwealth Games next year and the completion of the new tram system.

“But it is also a great opportunity for people to live and work in the city centre as we face an exciting future on the other side of the pandemic.”