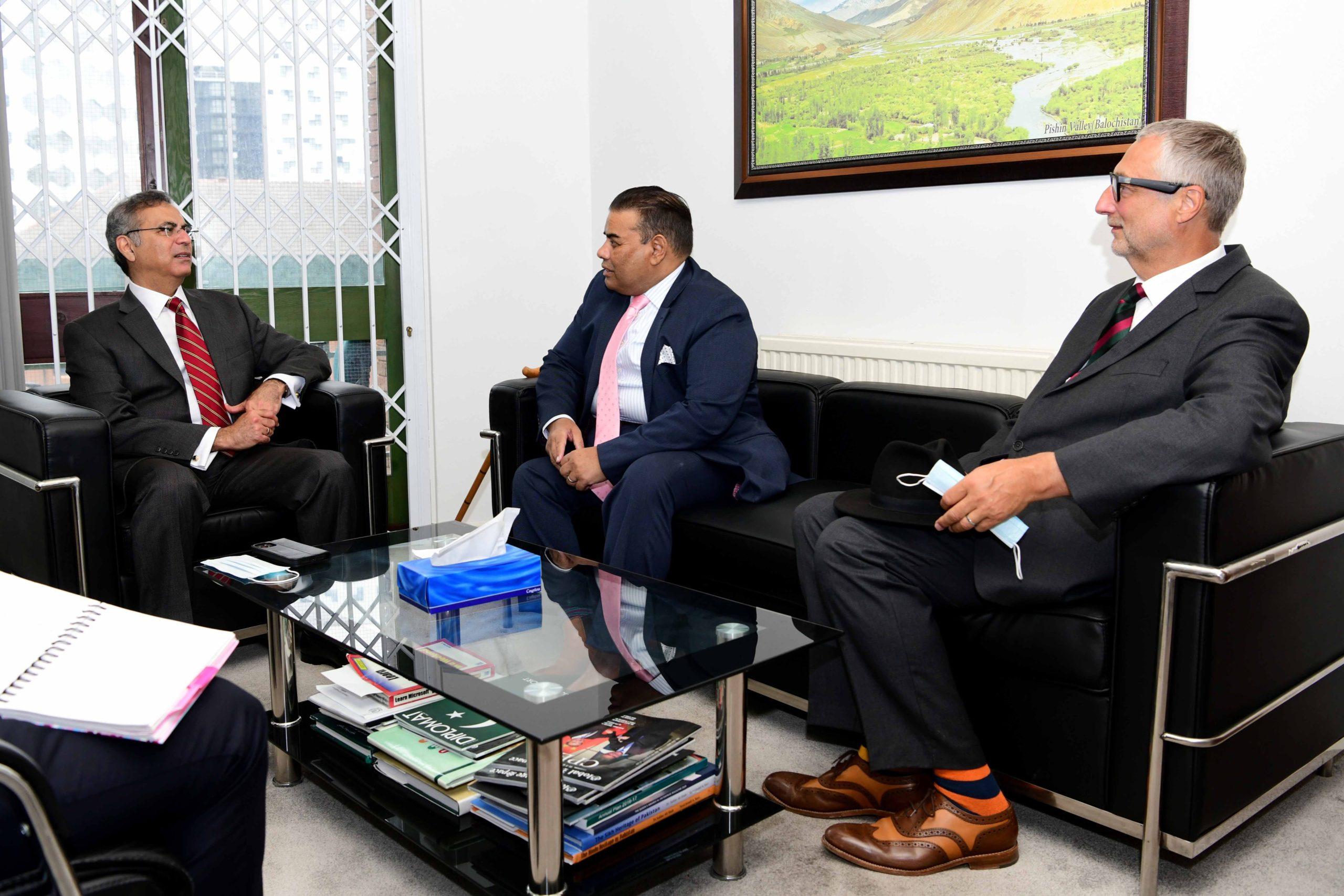 Westside business leader MIKE OLLEY explains why he’s feeling privileged to have made a new friend in the high commissioner of Pakistan to the UK.

I can’t begin to say what a pleasant journey being a business leader for the Westside BID is. I’ve been in post since 2005 and really no two days are the same.

Recently, I was invited to the Pakistani Consulate in Westside. I have been to the Consulate on several occasions, indeed I recall breaking bread with Ahmar Ismail, the consul general of Pakistan, when he took office in 2017. Yet on this occasion I was present to meet Pakistan’s representative to Great Britain, His Excellency Moazzam Ahmad Khan.

Pakistan, of course, is part of the Commonwealth, so Moazzam Khan is not called an ambassador, but a high commissioner. It’s a pleasantry and peculiarity extended to all Commonwealth countries. High commissioners, as are ambassadors, are technically received and accredited by the Crown, not the government, through St James Palace, this being the most senior of all royal palaces.

Putting all the historic stuff to one side, I have to say this was one of the most pleasant duties I have discharged in a long time. His Excellency and I spoke of the work the Business Improvement District undertakes in supporting businesses on Westside. I even extended our assistance, should the Consulate need any, and indeed they did present me with a small resolvable issue which I must get on with.

We also spoke of the disputed territory of Kashmir. I have some awareness of this matter. Given the vast majority of Pakistanis in Birmingham are from Kashmir, how could I not have such an understanding?

Mr Ahmar Ismail will be leaving us shortly, as his term of office has successfully come to an end. I look forward to greeting the next Consul General, and feel privileged to have a new friend in His Excellency Moazzam Khan. Great meeting you, sir.