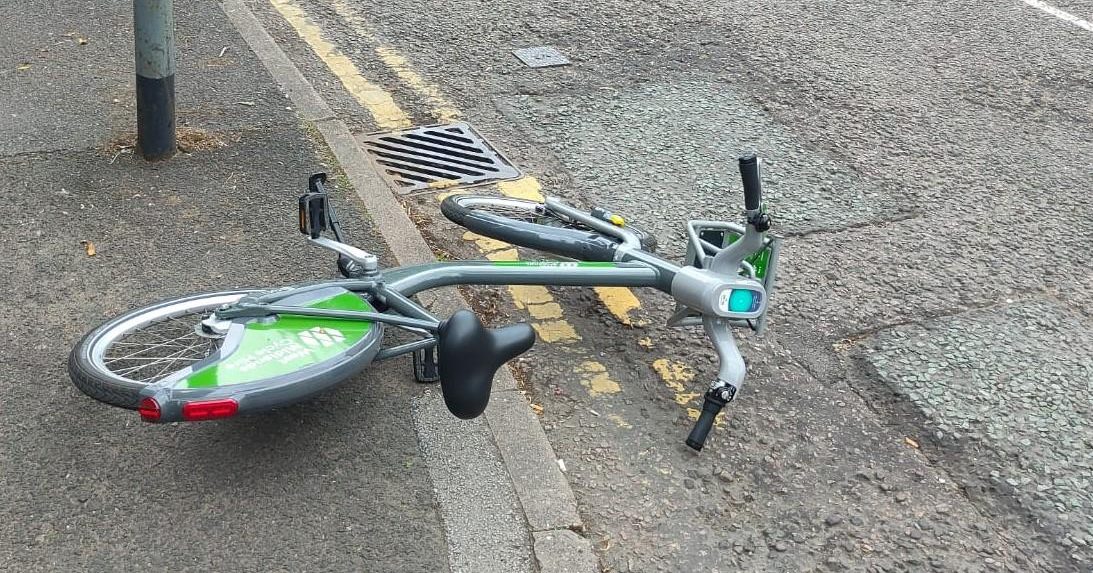 As a kid, maybe five or six years old, I learnt a valuable lesson. The tyre on my push bike had gone flat. I thought I would take it for a ride irrespective: different and fun, I thought. The first corner I engaged with, I learnt the value of inflated tyres. They provide traction and grip.

Without this, it cost me the skin off my left knee. The skin grew back, the ripping, stinging sensation of pain whilst losing it remains a powerful memory. That pain of losing my skin does have benefits, however, an important life skill – the need for good housekeeping. The job is not finished until you have tidied up. A simple message that I link with the loss of my knee skin.

Now I don’t want to sound like some old duffer, but I fear that these worthy and simple guidelines are lost nowadays to PR speak and defensive management nonsense. Nowadays it’s not fashionable to tell the truth, indeed the way forward is to pretend that everything is “Oh, so wonderful”.

The Metropolitan Police was recently found to be institutionally corrupt in the way it concealed its failings over the unsolved murder of Daniel Morgan. Wow, that’s heavy duty, you may think? But then again, apparently the police put more effort into covering up their shortcomings than they did doing their job properly in the first place.

Clearly the Met haven’t corporately had the skin ripped off their knee or been told that the job’s simply not finished until you have cleared up. No doubt on Daniel Morgan the collective Met egos outshone their ability. So smug and self-congratulatory over their capability and yet unaware of how useless they can be.

On a local level I’m not saying this is the case for Transport for West Midlands (TfWM), but they do like to say how wonderful the things they do are and ignore the downside of their actions. Take a look at their ‘bikes for hire’ scheme.

To me, they hit every positive button. They buy British, that’s wonderful (made in Stratford-upon-Avon, indeed). They have introduced a healthy option for folk that encourages them to get active. Who can argue with that, and saving the planet also? The positioning of the bikes looks good to me, and frankly I wish the scheme well. Unfortunately, however, there is a small yet very important downside: should one of their bikes go astray they make it very difficult to report it.

In Westside, we are readily aware that we are becoming a dumping ground for those disgustingly coloured electric scooters. However, they have a good reporting mechanism in place – we tell, they collect, job done. Sadly the green bike scheme makes it damn near impossible to report any abandoned bikes we come across. You can’t phone, can’t email or even contact them on social media them easily.

The problem is, TfWM make limited provision for us and others to report their abandoned bikes. You have to be very persistent indeed. So come on TfWM, support those who want to support you. Provide a simple mechanism to let us and everyone report those knuckleheads who abuse your wonderful bike scheme. Can I suggest this is not a secretive number for those who complain a lot and the odd MP and councillor you want to keep on side. Make it public, please.

In short, on yer bikes, TfWM! Let’s make this beautiful scheme complete and whole with just a bit of tidying up.

One thought on “On yer bike, Transport for West Midlands! Help us to help you keep an eye on your cycles”