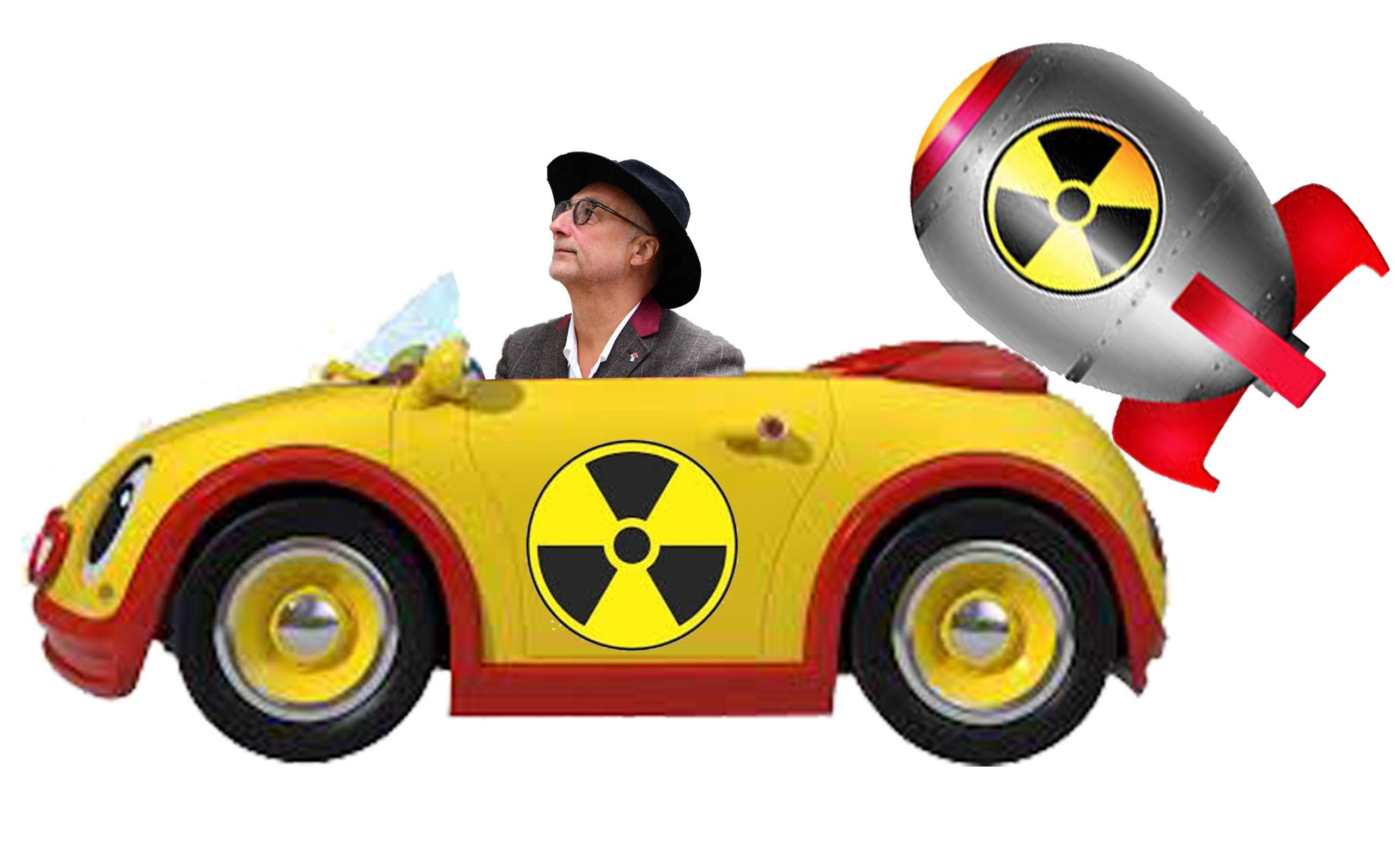 As he beetles around Brum in his electric car looking for rare charging points, Westside business leader Mike Olley asks: ‘Can we go green without nuclear power?’

I’ve driven an electric car for close to six years now. And they’re great! The drive experience is so serene, you could almost fall asleep driving (for any dreary snowflakes with no sense of humour out there, just joking!).

I charge my electric car at night, on the drive, with a simple three-pin plug and it costs next to nothing. Birmingham City Council, however, seem to have a real challenge with public charging points. For others who use them, you may have noticed that the city is not exactly over-endowed in that respect!

Now you may think that I’m a bit of a greenie (have I told you about my solar panels?) but most likely before long you are all going to be joining me, as electric cars become the norm. They will reduce road noise and carbon pollution will reduce, which will be no bad thing.

But with the expected surge in all these electric cars, how on earth are we going to produce enough power to charge them up? Bear in mind the zero-carbon policy of our city council. Coal is out – that’s so 1970s. Wind farms mince up seagulls by the dozen, and often don’t turn. In any case, the best forecasts tell us that by 2050 we may only achieve a third of our energy needs from wind power. Solar energy is not going to cut it either, so other than a sudden scientific miracle, the technology is just not likely to be there.

Therefore, as I drive around in my soon to be ubiquitous little electric car, I’m forever pondering how long the solar energy system will provide power to my home for. Not long is the probable answer, so just what is the future for all the power we need?

Now if you own a business at the moment, particularly in or around Broad Street, energy costs are temporarily lower due to the impact of COVID-19 on trading. But once up and running, your average boozer, for example, can cost you upwards of £2,500 a month in energy costs alone. Larger premises can consume £10,000 a month or more!

Staggeringly, a good deal of that cost is green tax and, if we think ahead, we know that extra green energy subsidies are going to make energy even more expensive. That is, of course, if we can find enough space to install the wind turbines and solar panels in the first place.

Might there be a sensible way out of this? Some would say “Yes!”.

It’s a British design and has a proven and enviable track record going back to the 1950s. They say it is safe, reliable and offers affordable low carbon. It will reduce reliance on foreign gas imports, boost the UK economy in manufacturing and development (creating 40,000 skilled jobs), give the UK access to £400 billion in export opportunities and – to top it all – it has a most reliable brand behind it: Rolls Royce.

This is not a pie in the sky notion, it is happening as we speak. However, for some, there is a massive downside, because we are of course talking about Small Modular Reactors, also known as SMRs. Or, as you may prefer to call them, small nuclear power stations. They are only the size of a large B&Q store and apparently very dependable.

Nuclear power has always been an emotive subject in this country and internationally with regards to what some might say are unfounded safety concerns. I have a pal who spent 30 years on nuclear submarines. He has been all around the world several times but has no clue where he has been! Other than his appalling sense of humour, living and working just feet away from a nuclear reactor did him no harm.

There are still some who would be deeply against SMRs, despite the clear economic advantage to the UK. The massive reduction in all our power bills makes it very attractive proposition, and this is certainly something the government is currently looking at. Would those who have fuel bills of several thousands of pounds a year be keener to embrace it?

The cost of domestic and business power has gone up dramatically in recent times because of the green factor. Therefore, will Birmingham City Council promote micro nuclear power (possibly under a new, more user-friendly name)? Doing nothing or delaying a decision is rapidly becoming a none option.

I can only see two active possibilities: go green with nuclear, which might be termed ‘chancy green’, or go green with carbon, which is a rather ‘dirty green’. How will the council tackle this one? Oh, to be a fly on the wall …