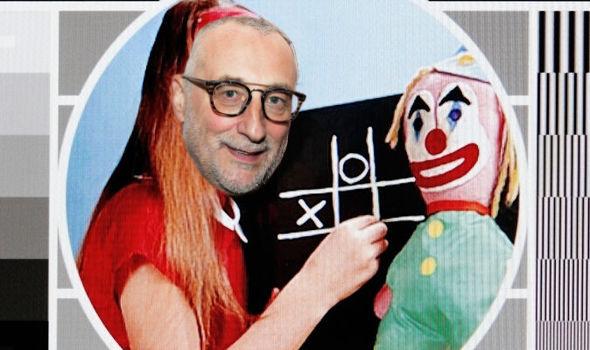 As the hospitality sector and scores of Tory MPs show their rage over the new tiers system, MIKE OLLEY, general manager of Westside BID, delivers a school report on the government’s latest poor efforts.

Mathematics and basic English are aspects you expect any broadly competent government to master. Indeed, during these difficult times, we rely on Her Majesty’s Government to have a basic understanding of such dynamics.

However, are they up to the mark on these basics? Or should they be wearing the dunce’s cap? I speak as a proponent of the hospitality sector when I ask: just what grasp of the Queen’s English and matriculation does the government have?

The government has closed down almost every pub in the nation. Each ‘wet-led pub’ (which means those mainly serving drinks, not food) in Tiers 2 and 3 is now to get a one-off £1,000 grant to help soften the blow of missing out on festive trade. It may even rise to £1,500. Yet frankly, landlords up and down the county are not dancing around their destitute empty bars clicking their heels with joy.

It may come as a surprise to our dear readers to realise that, on average, a modest bar will pay upwards of £5,000 a month on electricity alone. Rates, rent, National Insurance and pension contributions for furloughed staff, and a member of staff to let in the hygiene, pest control and other regular visits that even closed bars must have, all cost money.

They also have to pay water rates, gas bills and insurance. For the average modest bar the total outgoings could quickly be £10,000 a month or more. It’s an expensive game being in business. Cripplingly so when you’re not allowed to open.

At this point could I mention that the hospitality sector is responsible for killing about 3% of those who die of COVID-19. Hospitality is now largely closed. Yet schools and universities which kill about 30%, get to stay open. That’s another aspect of maths that to me doesn’t add up.

Let’s examine that maths. Forced to close because of a 3% risk of death whilst keeping places open that kill 30% of people. Zero out of ten, perhaps. Expenditure whilst forced to close, £10,000 a month, compensation payment for forcible closure, maybe £1,500. Again, it just doesn’t add up. Two out of ten for effort. Let’s average that mark out, the government gets one out of ten for their hospitality maths.

How does the government do on English? Let’s take a word that has recently become popular: ‘granular’. I thought this was to do with sugar before the prime minister and his cabinet started to hurl it around.

Bright boffins will perhaps tell you it means a conglomeration of discrete solid, macroscopic particles that when they collide loose energy. Maybe so. Yet why are the government over-using this word all of a sudden?

To be specific, when assuring MPs that there would be a review of tiers on 16 December, Boris Johnson told them: “We do want to be as granular as possible.”

My thoughts immediately go to the point that he is trying to distract us from the real issue. Remember that hospitality is a very safe sector, 3% blah, blah, blah, yet despite being safe the government has largely closed it down. Scores of the government’s own Tory MPs have spotted this as well and they don’t like it any more than I do.

The government is therefore in overdrive with the word ‘granular’ as it seeks to persuade their wandering MPs. Let’s face it, no-one really understands what it means, and so my guess is that that’s the idea. Create confusion with a bit of hope. It’s perhaps wrong to suggest this is lying by half-truths and distraction, but many may think that.

And yet there’s a good handful of Tory MPs, I bet, who won’t be fooled by these ‘granular’ promises. In fact, it seems more like the cabinet by using this ridiculous ploy are crashing into each other and losing their own energy.

Marks out of ten for English? I’m feeling generous, so three out of ten. The average marks, therefore, for the government’s efforts on maths and English in dealing with the hospitality sector equate to “a very poor effort”.

Let’s see what the promised review of tiers on 16 December brings us. Let the searchlight of plain English speaking shine alongside the mathematics of simplicity and precision. Let that blot out the hot air, puff and wind of government granular speak, on this subject. I surely hope so.