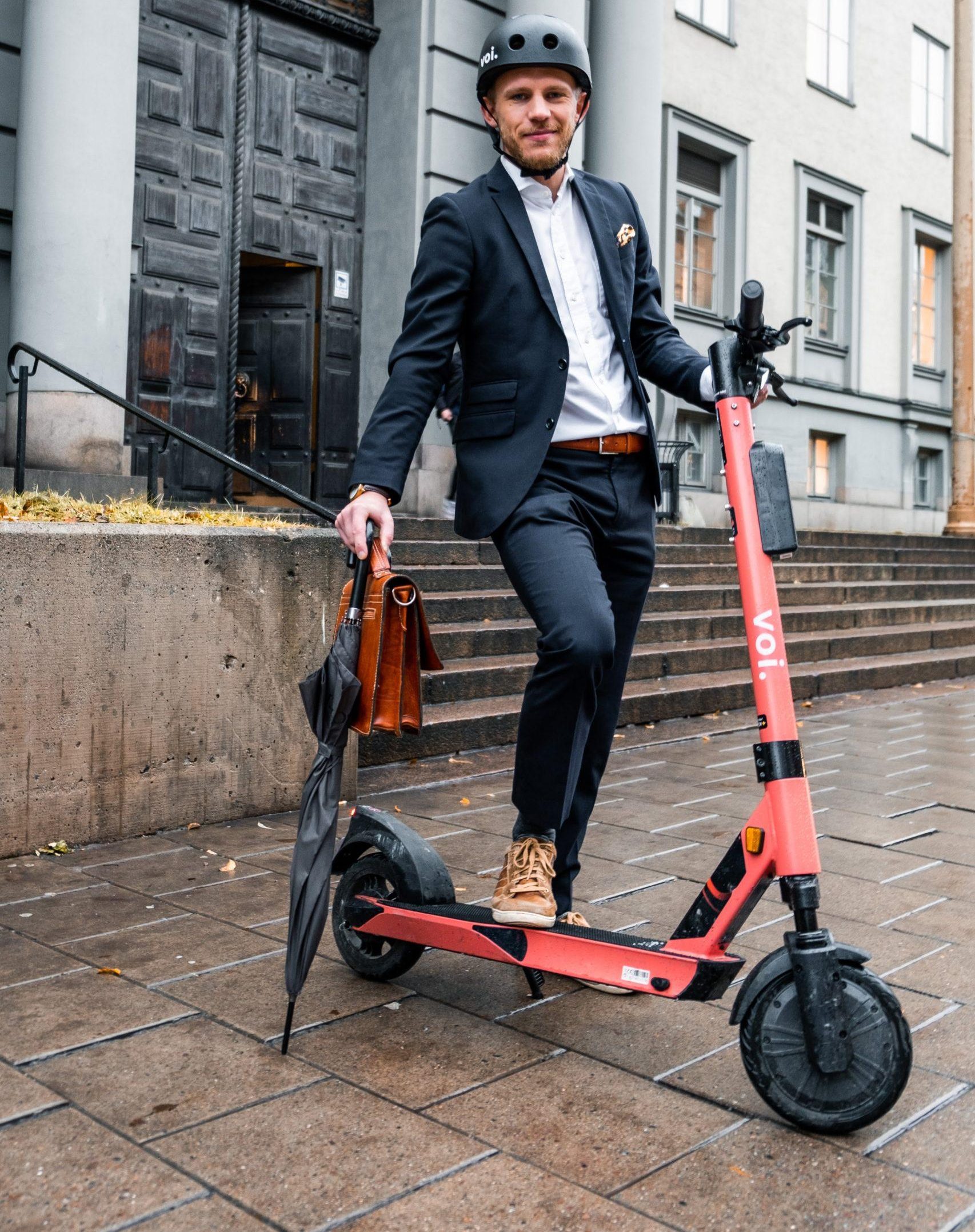 They might be too fast and tricky to handle for older people, but that’s no excuse to stop young people having fun on scooters, according to Mike Olley, general manager of Westside BID.

Let me be clear: there is no way I am going to get onto one of those Voi scooters that have suddenly popped up in the city centre. They are part of a trial in the West Midlands, I understand.

And I recommend the same abstinence for others of my advanced years. That includes West Midlands Mayor Andy Street and Councillor Waseem Zaffar, the Birmingham City Council cabinet member for roads.

It was all okay for a press opportunity. A nice big smile and some boring guff about how green they are, but let’s leave it there, guys. These things are too dangerous for us folk of a certain age and I understand one or two of the scooters have already landed in the canal.

But that’s not to say I’m against them for those that can manage them, including other older folk (I was only joking earlier!). Inevitably, there will be those that will scaremonger about worst case scenarios: that they will eventually end up seriously or fatally injuring someone (rider or third party), that people young and old will be scared witless by these silent devils as they whip by without warning, blah, blah, blah…

The nonsense that will be spouted by concerned citizens will be as loud as it is untrue. In short, it will be a moaning point and, boy, will numerous dreary people moan and groan about it. A simple message to them all: on yer bike! Get a life and go do something more useful instead, please.

As for those tedious, mind-numbing decision-makers in Coventry who have ‘paused’ the trial – they don’t have the guts to say they don’t want it – what a shower! I know not who they are, but I do know they are a tedious, hubristic bunch of elderly, power-mad drab individuals. It makes me ashamed to be over 50. In Coventry, this is nothing short of an all-out attack on youth culture, by bleak and depressing old people.

I am old enough (just!) to remember BBC2 being introduced. We had to get a special aerial fitted in the loft, or something. In those days, there were daft old people warning the rays from BBC2 would do untold damage. For everything new there is an attack on it by some group or other, generally old fuddy-duddies attacking something the youth enjoy.

I would urge the youth of Coventry to rise up and protest about these miserable oldies stripping away their pleasure to scoot free. Perhaps the kids of Coventry should organise a petition, demanding “No Miserable Old People” signs to be located next to every “No Ball Games” sign! The difficulty is that these toddlers are too engaged in having a life to protest. Not like in my day when we had plenty of energy to object to most anything and use our legs to walk places.

How can the decision-makers of Coventry be so boring as to do away with this perfectly legal and heavily embraced mode of transport? Kids of Coventry come to Birmingham and have a scoot over here. Terms and conditions do apply, like you must hold a driving license, put your credit on the line and, most of all, not be a bore.

What I would like to personally protest about is the awful colour of the scooter. Whoever thought of that disgusting shade of salmon pink? They should be sent to Coventry!