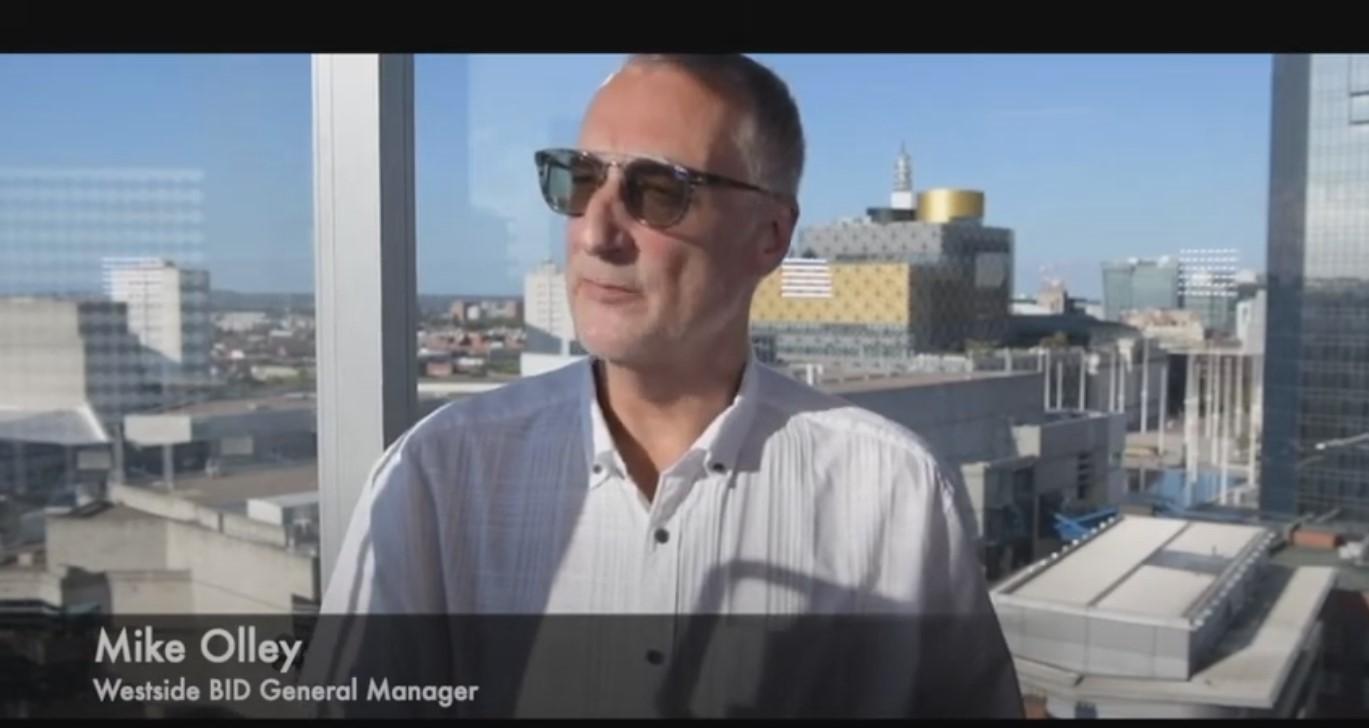 Birmingham’s ‘Golden Mile’ of Broad Street is an “incredibly safe place” to visit and be entertained in.

That’s the main message in a new video featuring Mike Olley, the general manager of Westside BID, and Pete Willis, the senior street warden whose teams helps to look after the district.

The video was filmed in the week leading up to the weekend which will see the first nightclubs on Westside reopening to customers with strict COVID-19 precautions in place.

Mr Olley highlighted how venues’ careful planning would be backed by the huge teams who work together to keep the district secure.

He cited the large number of door supervisors employed in and around Broad Street, as well as the BID’s own wardens, police, traffic marshals, and the team of voluntary pastors who offer support in the area.

He pointed out these vital people on the ground also have the backing of technology, with the use of radio links and closed circuit television (CCTV) all adding to the feeling of safety and security.

Mr Olley, filmed within the BID area, said: “Broad Street is just incredibly safe, and I think it’s safe because it is so well-managed.

“We’ve got up to 350 doormen working on the streets, our own team of 15 or so wardens, and at peak times we can have up to 30 police, five or six traffic marshals, and a team of 70-odd Christian pastors, and all joined up with radio.

“Equally, we have got CCTV all over the place. We’ve got police CCTV, which is linked in with real people who are overseeing it, and add to that the BrindleyPlace CCTV and hundreds, perhaps a thousand or more individual venues’ CCTV. It’s just a safe place.”

Senior warden Mr Willis added: “The primary role of the Westside warden is to provide a highly visible presence around the area.

“They are working as the glue that binds all the partnership agencies such as the police and the venues together with the idea of keeping people safe.”